It is a peculiar challenge to transform a terrain with a strong military past into an area that accommodates the needs of the present – and to do so in such a manner that the historic building upon it doesn’t lose its identity, yet thrives in a 21st-century context. The area of Víziváros (which directly translates to ‘Water city’) and the current Bem Square has proved to be a strategically exceedingly important area during the last two millennia. Trade flourished as the result of the hill-river connection, and this has been taken advantage of; the area has been webbed with military structures since ancient Roman times. In the western corner of Bem Square stands the Radetzky Barracks, which preserves the memory of this historical past. It was originally built as a grain storage unit – which is reflected in its modest façade when we compare it to other contemporary classicist buildings – and its interior structure also speaks about this notion. The barracks will be transformed into a hotel and office building; we will renovate decorations on the existing façade based on available scientific documentation, as well as applying such architectural solutions that will allow the building to blend into its modern, flat-roofed surroundings. The entrance to the hotel wing opens from the restored façade – it offers 135 rooms with a conference area, a bar and a restaurant. A passage flanked by shops interconnects the two opposite sides of the building. The intention behind the design was to reevaluate this iconic, historical building and to integrate it into the modern environment, as well as to stimulate the circulation in this section of the city. 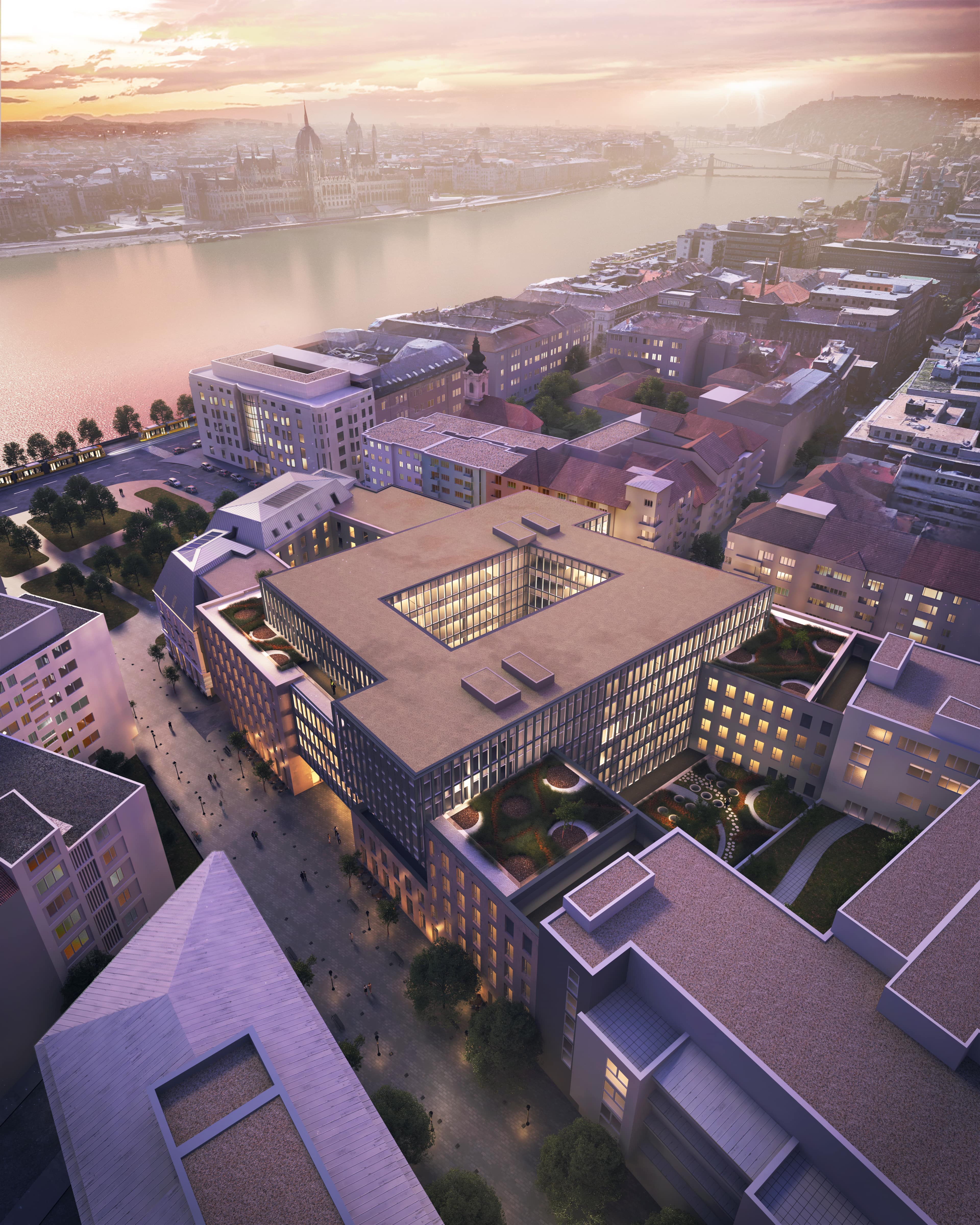 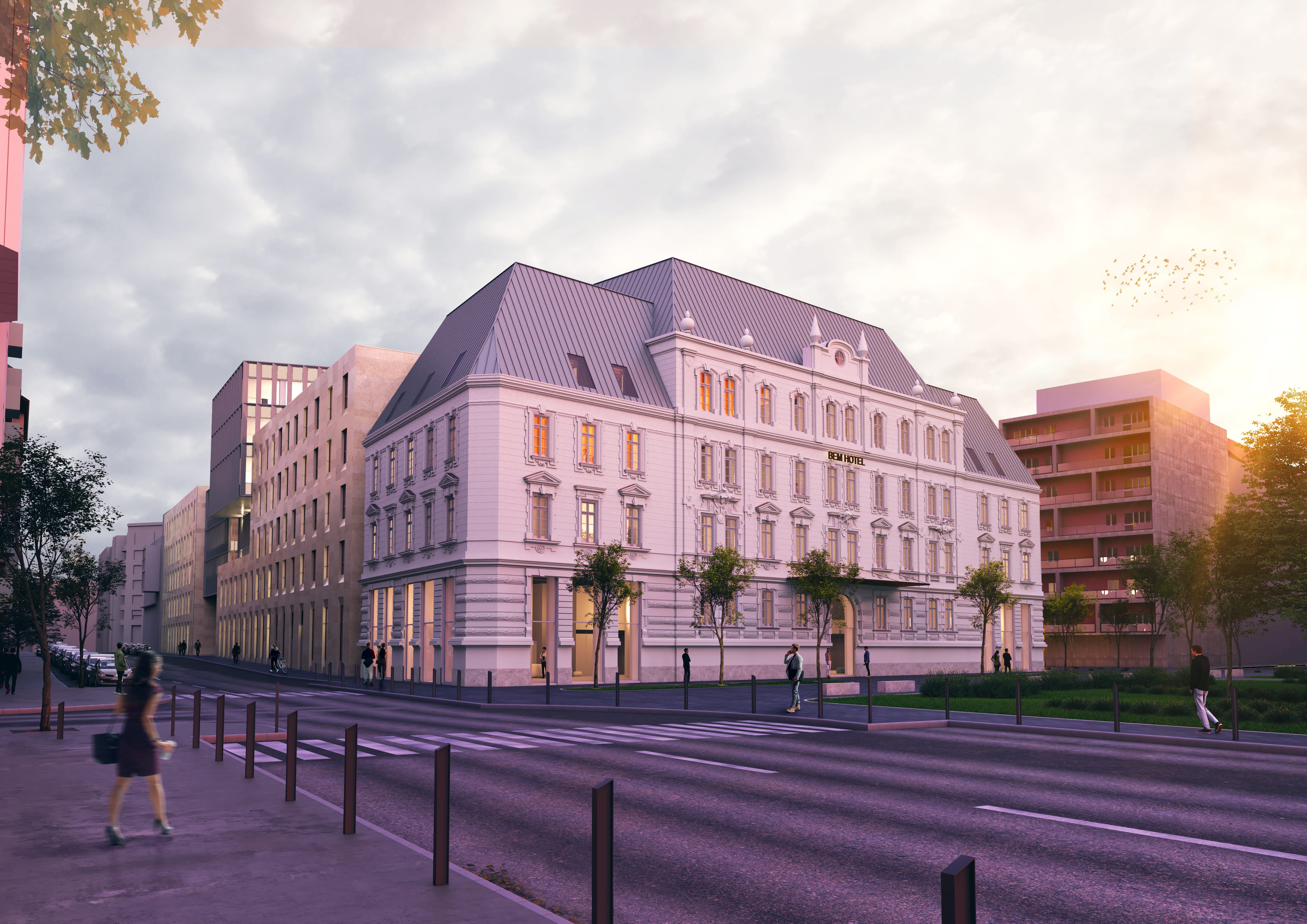 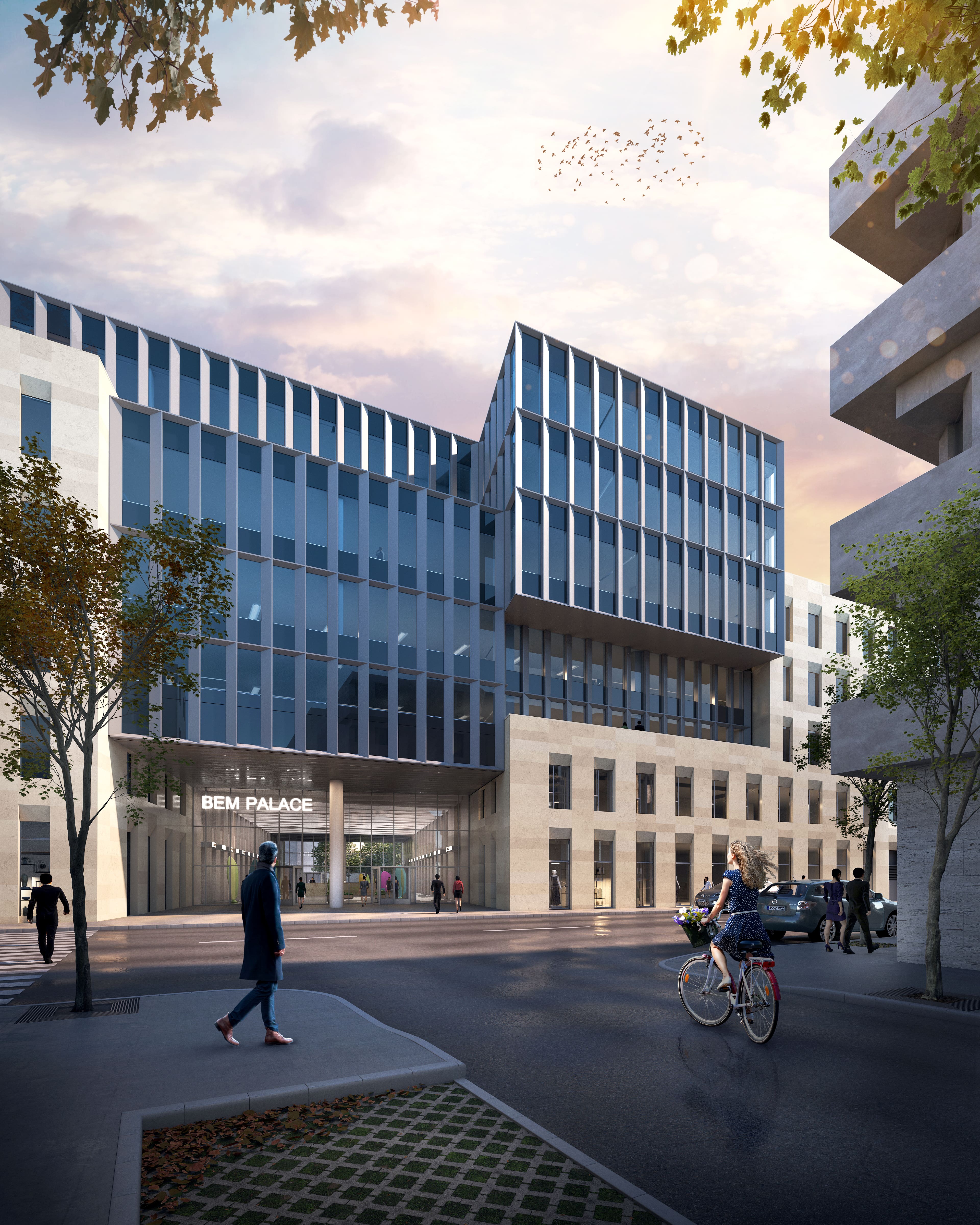 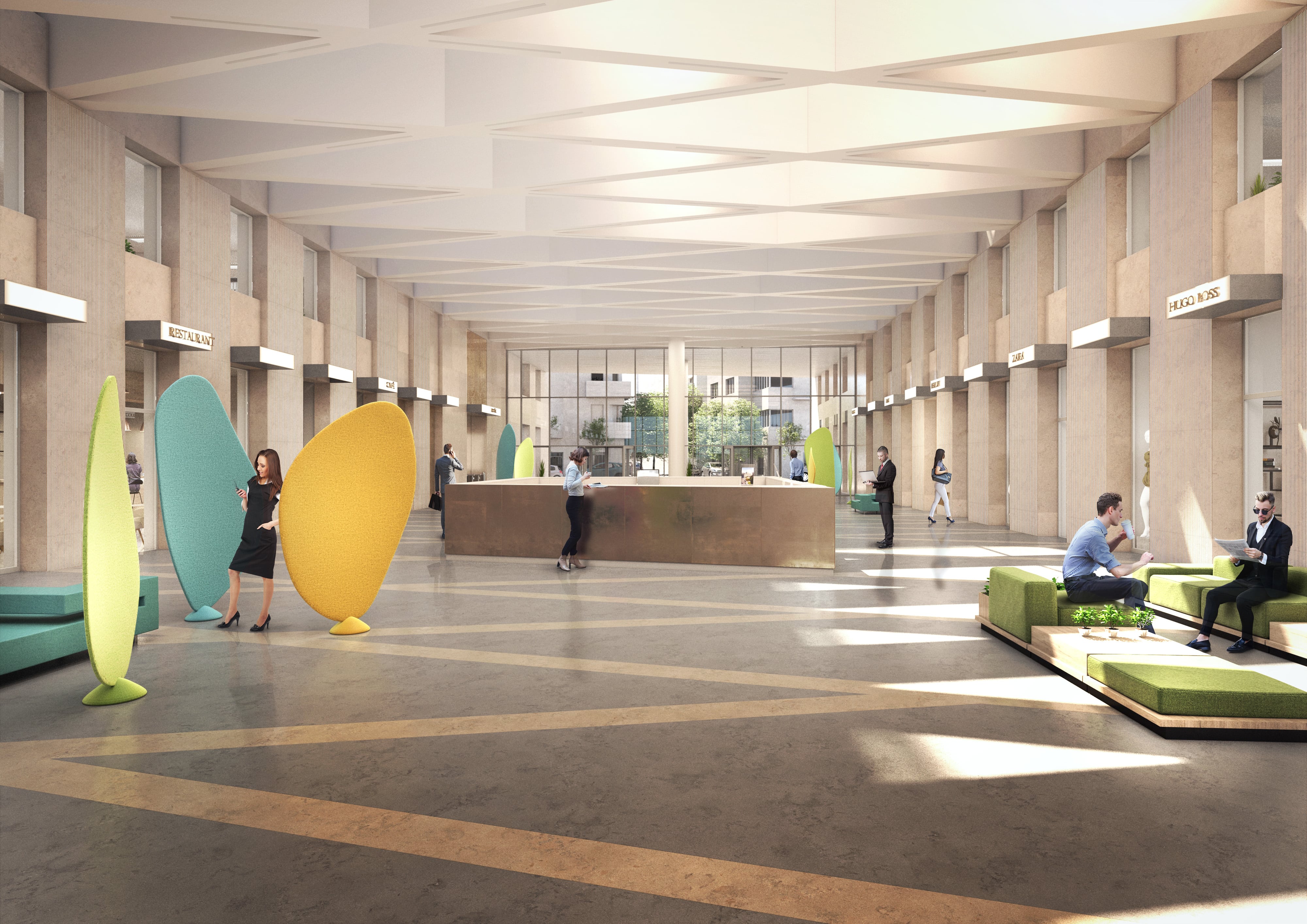 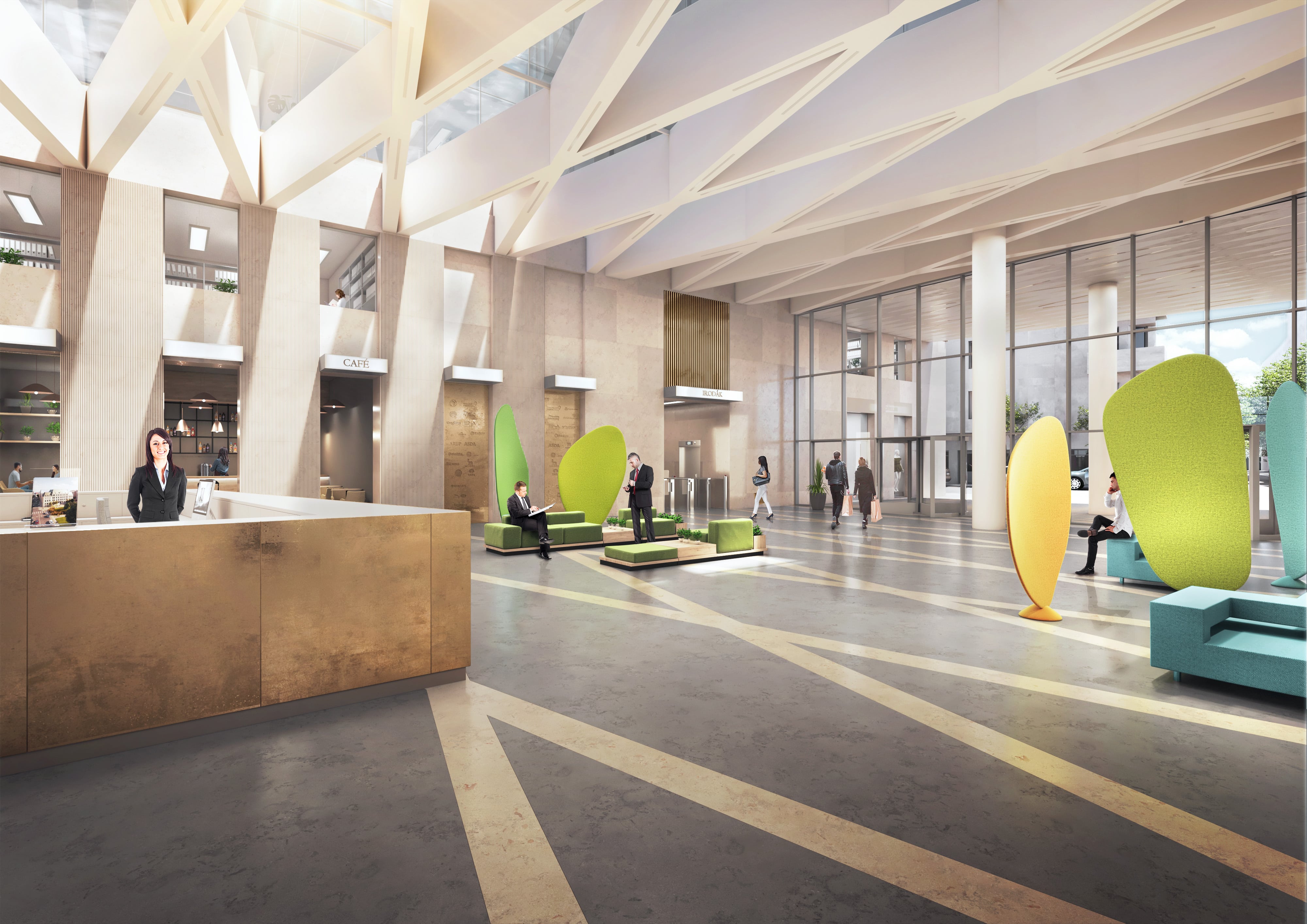