When visiting Eszterháza and catching a glimpse of the castle, a visitor’s first impression will be the symbiosis of unity and grandeur. The majestic inner court and the median risalit that can be seen from the park almost entirely mask the characteristics of the previous building eras. The challenge of design was of interest to us from the aspect of clarifying the relationship with this property and the question of heritage which, when considered more closely, raised a series of questions. The entire west wing hosts exhibitions, where it is primarily the high standards and wealth of a bygone era which are exhibited. Spaces are used in a different way which free us from some restraints: we were able to abstain from attempting to construct a servile restoration of the past and proceed to instead create a historical atmosphere. Adapting according to the new needs, changing functions to the Baroque and Rococo structure presented interesting challenges; therefore, placing the entrance and defining the different characteristics of the exhibition halls and their relations were also not evident. The temporary exhibition hall was finally placed in the curved wing and the former gallery has been finished as of now. 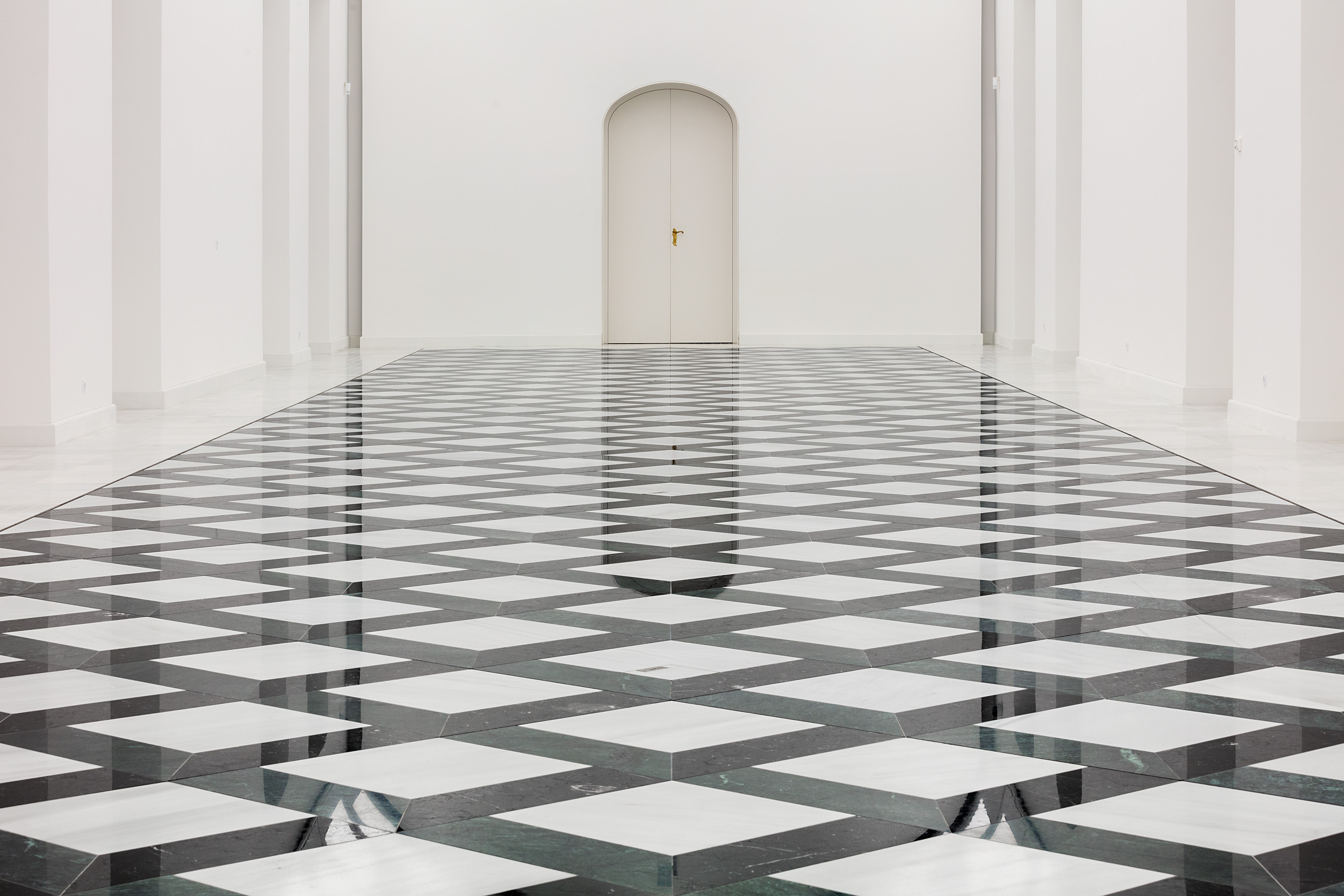 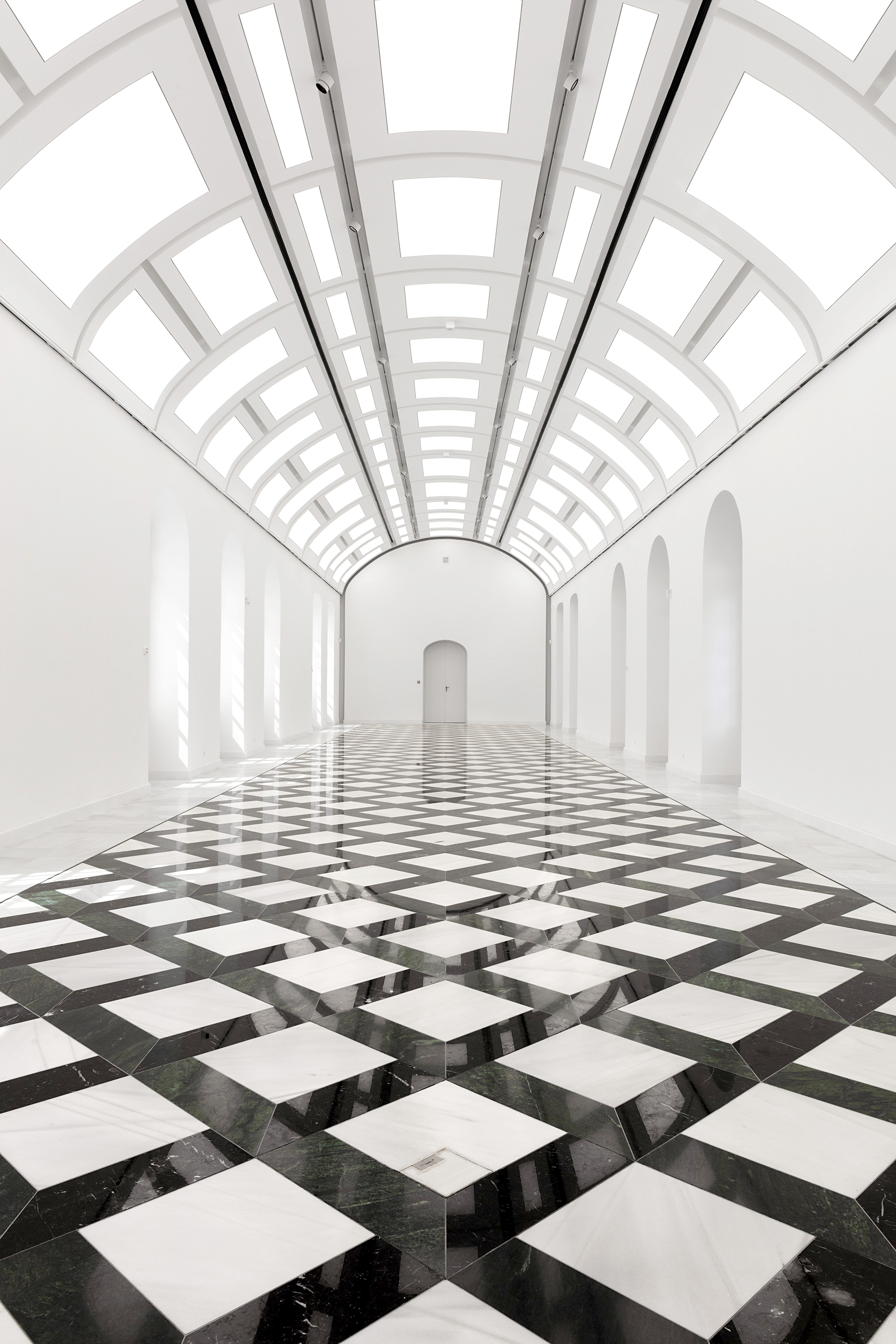 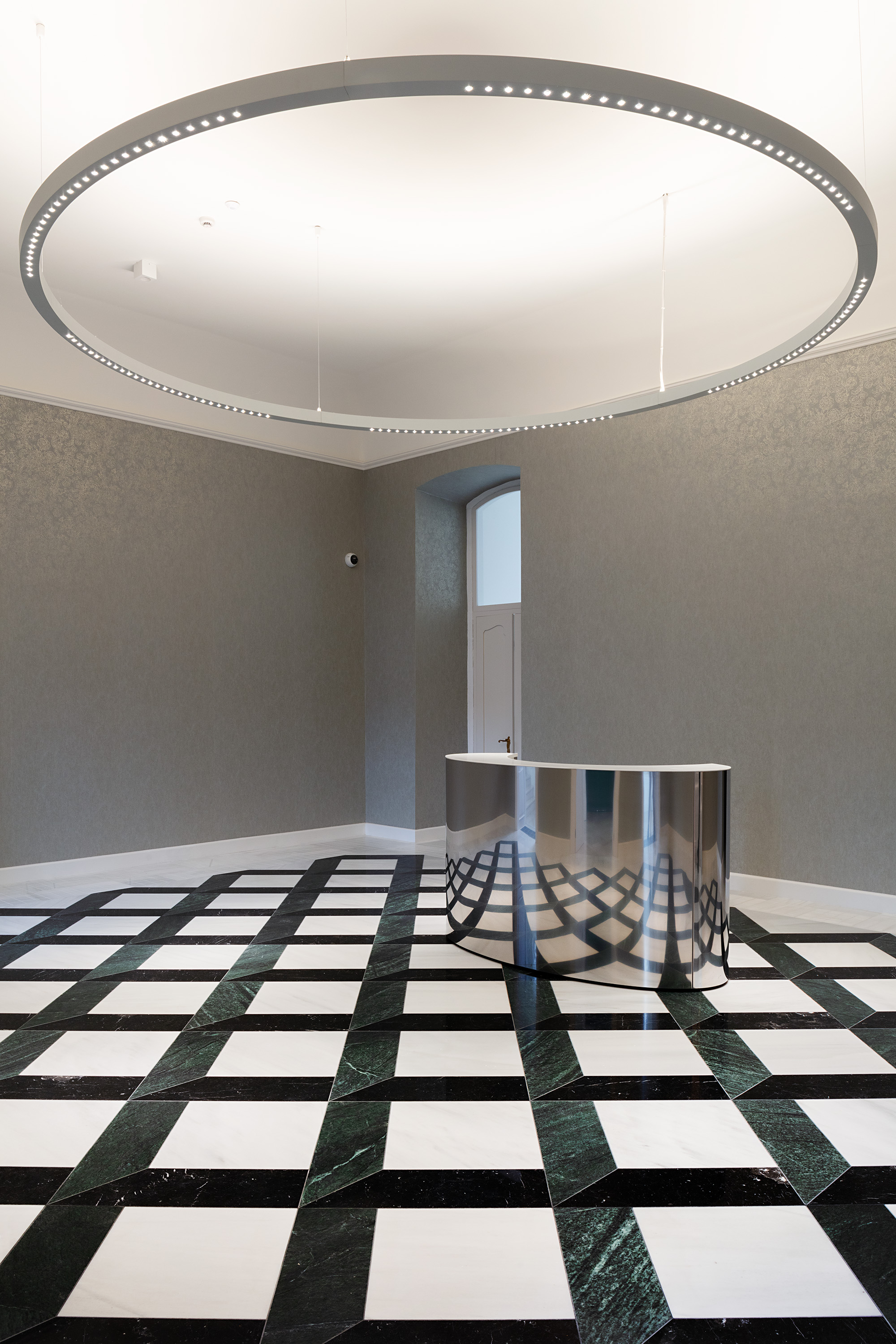 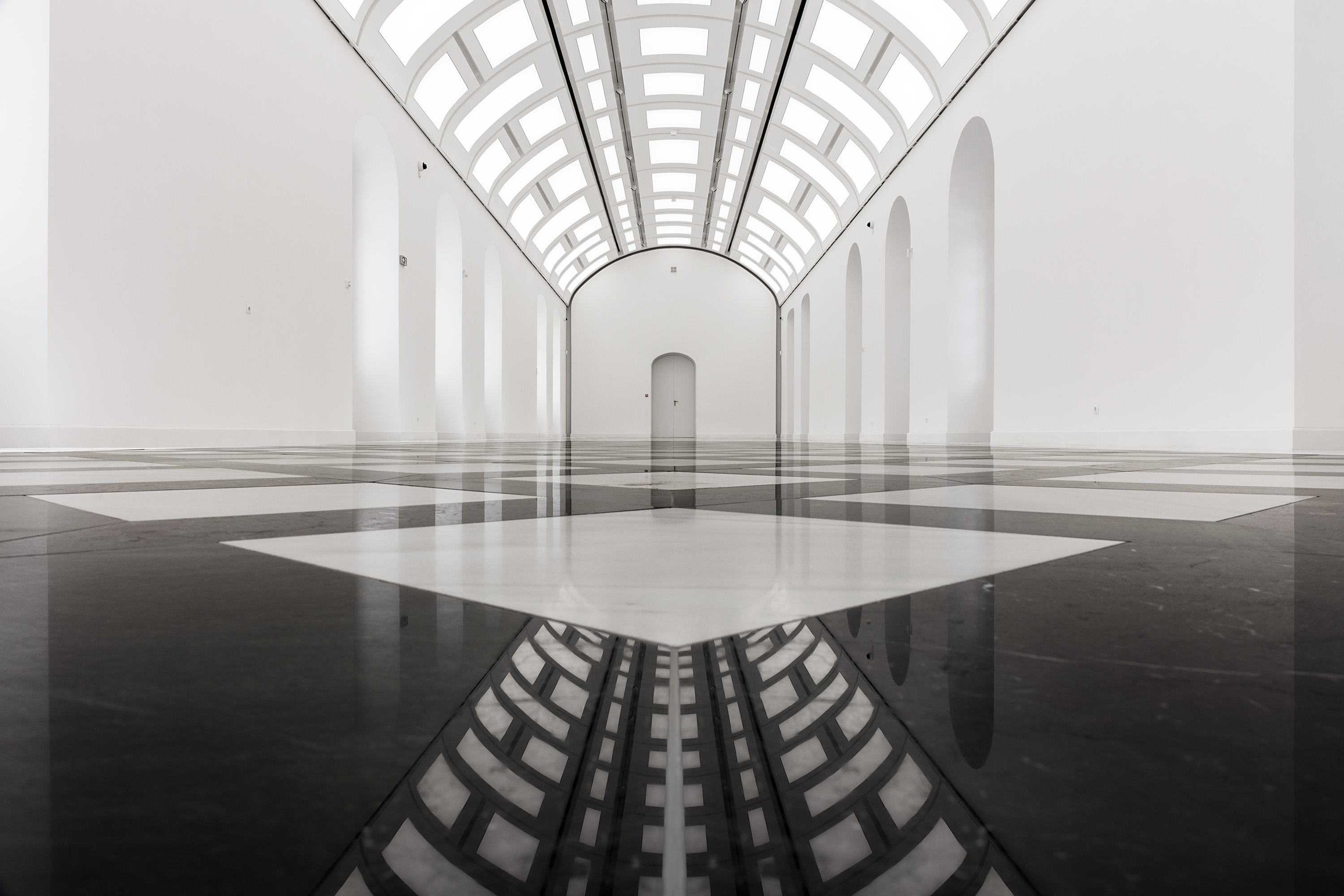 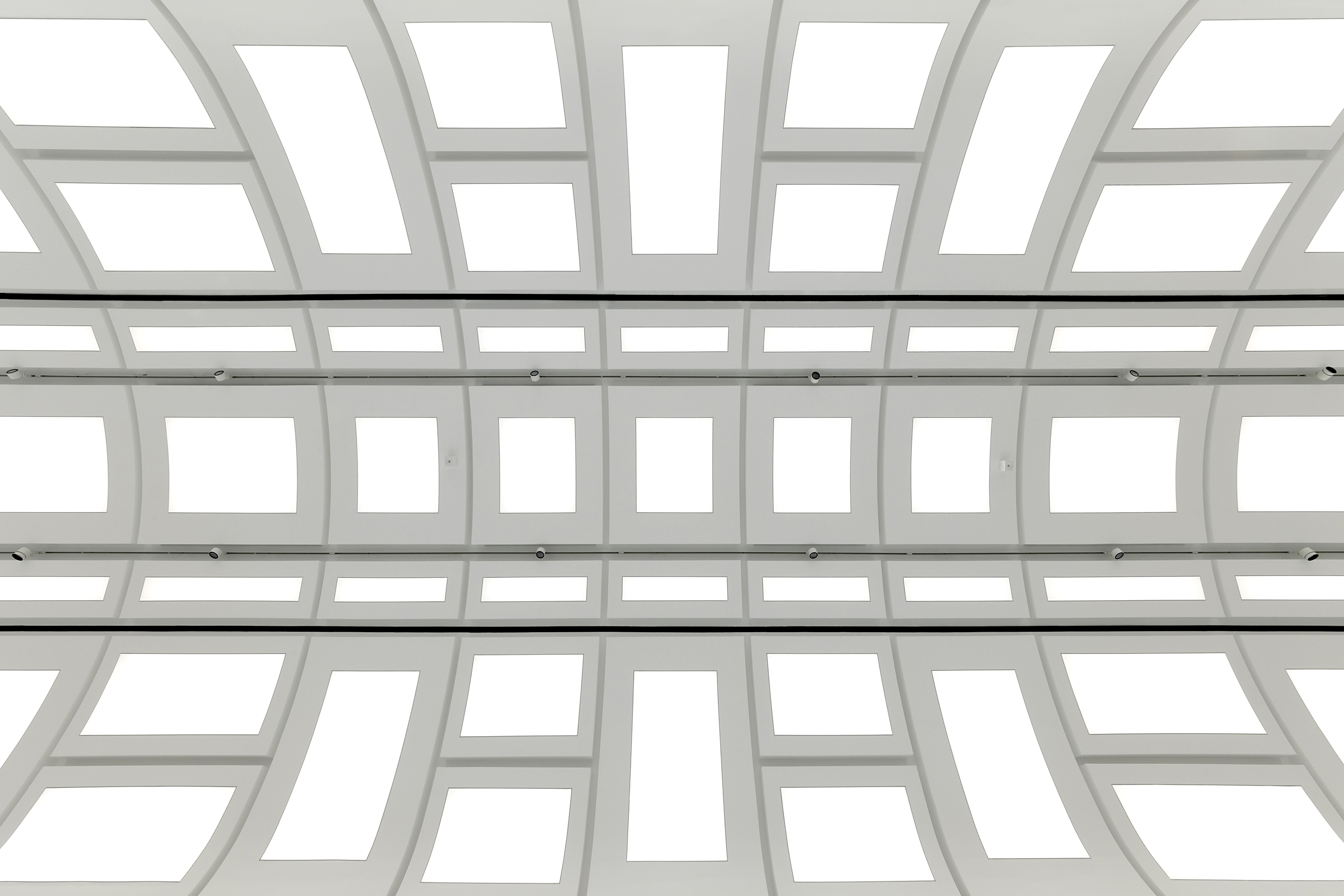 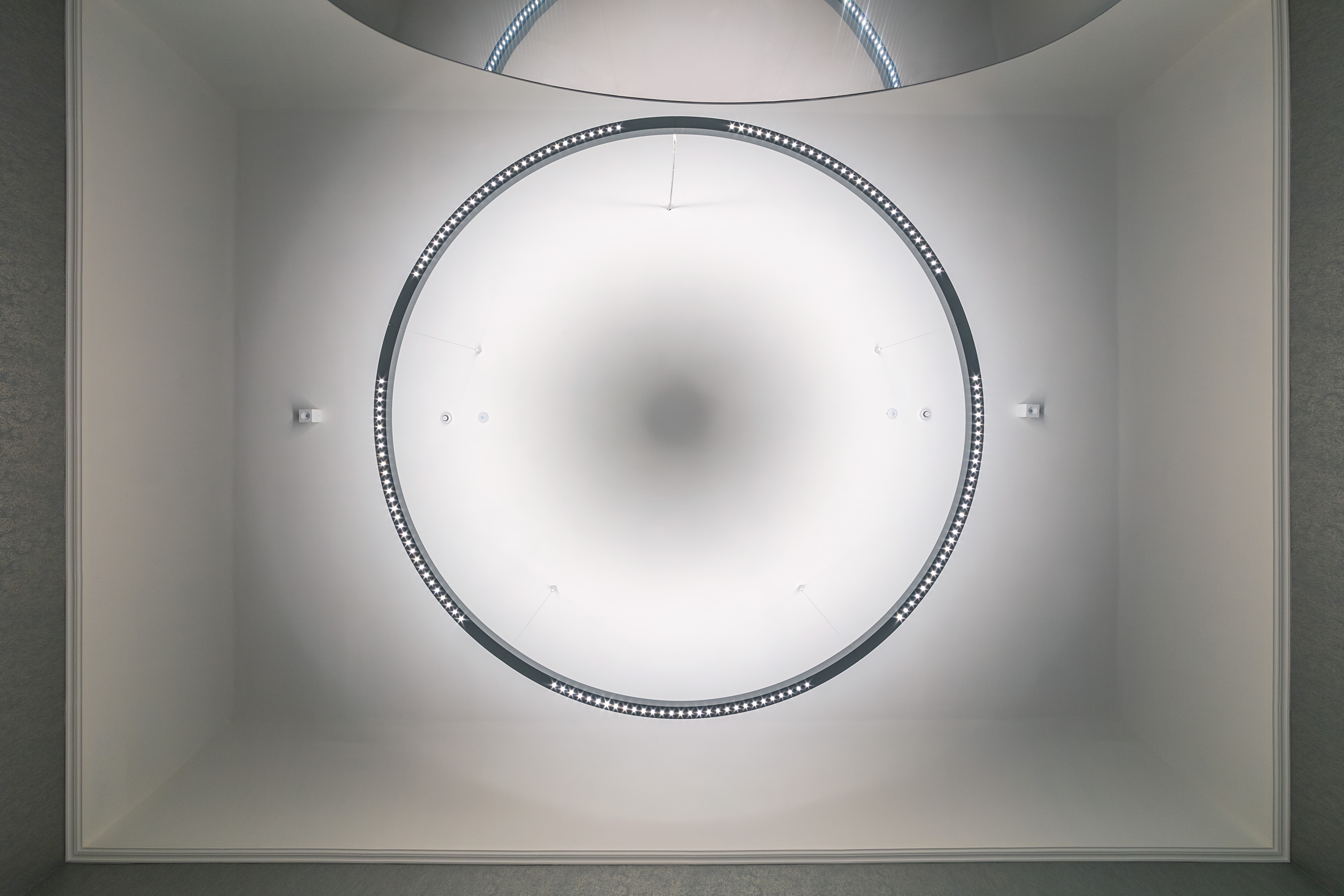 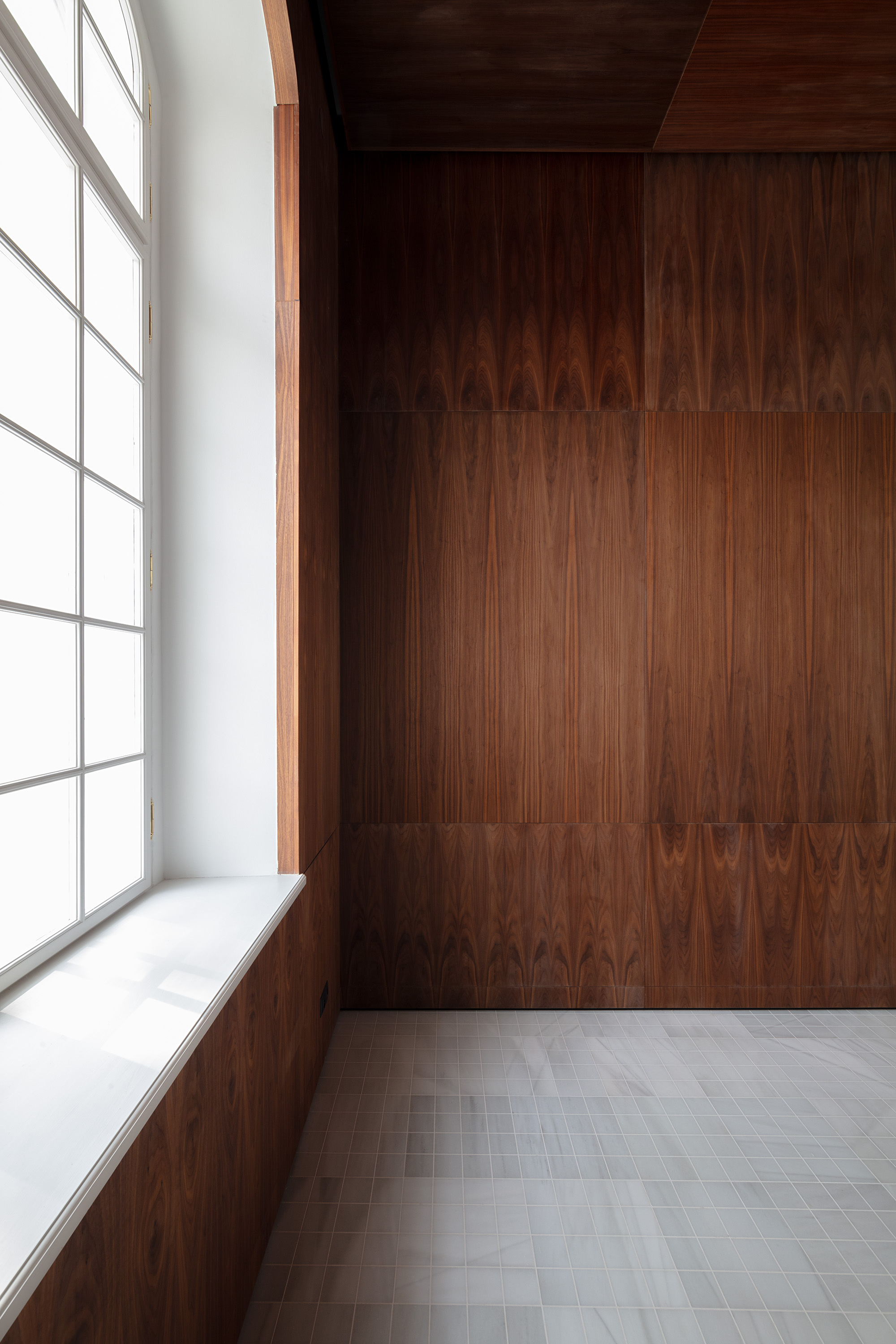 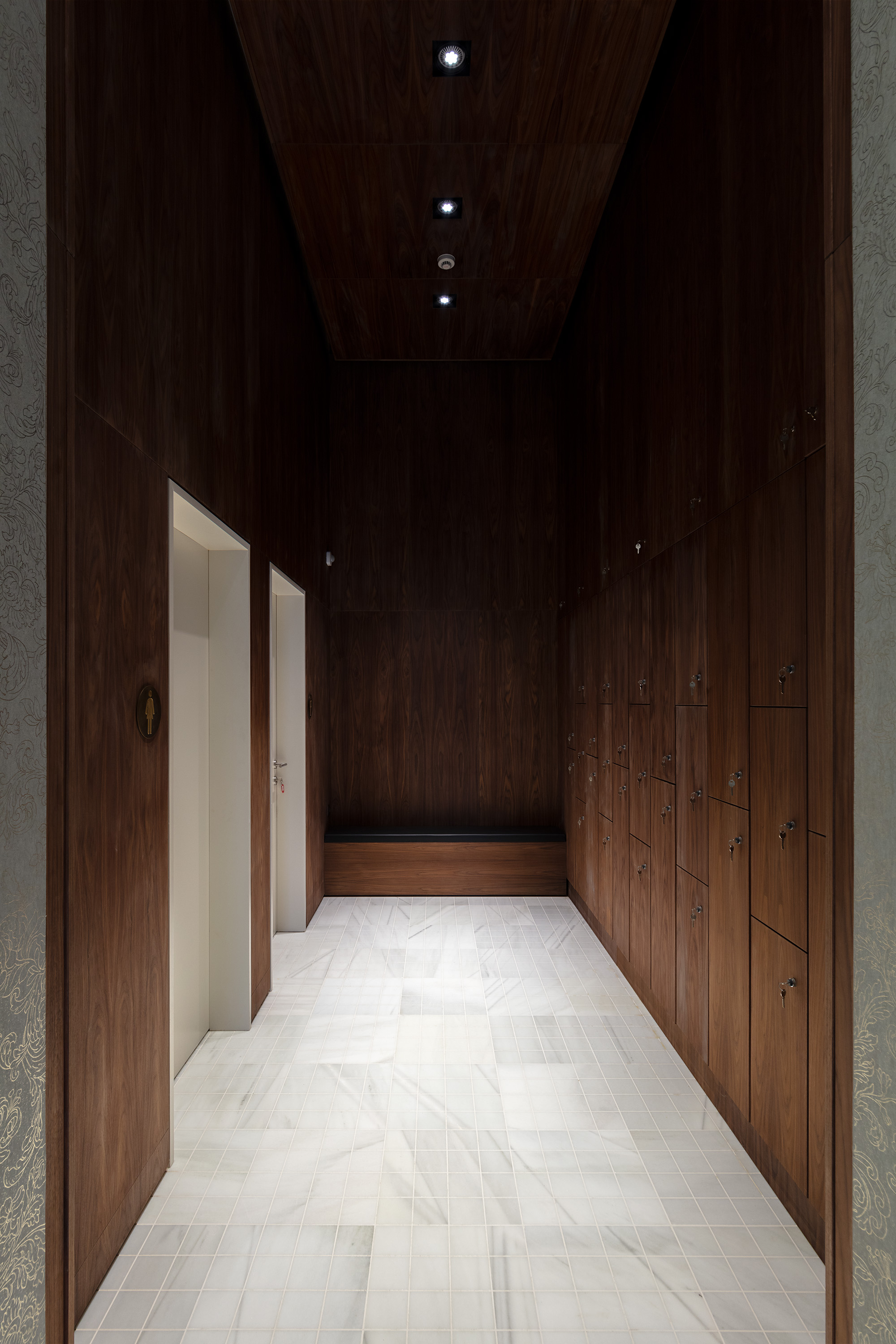 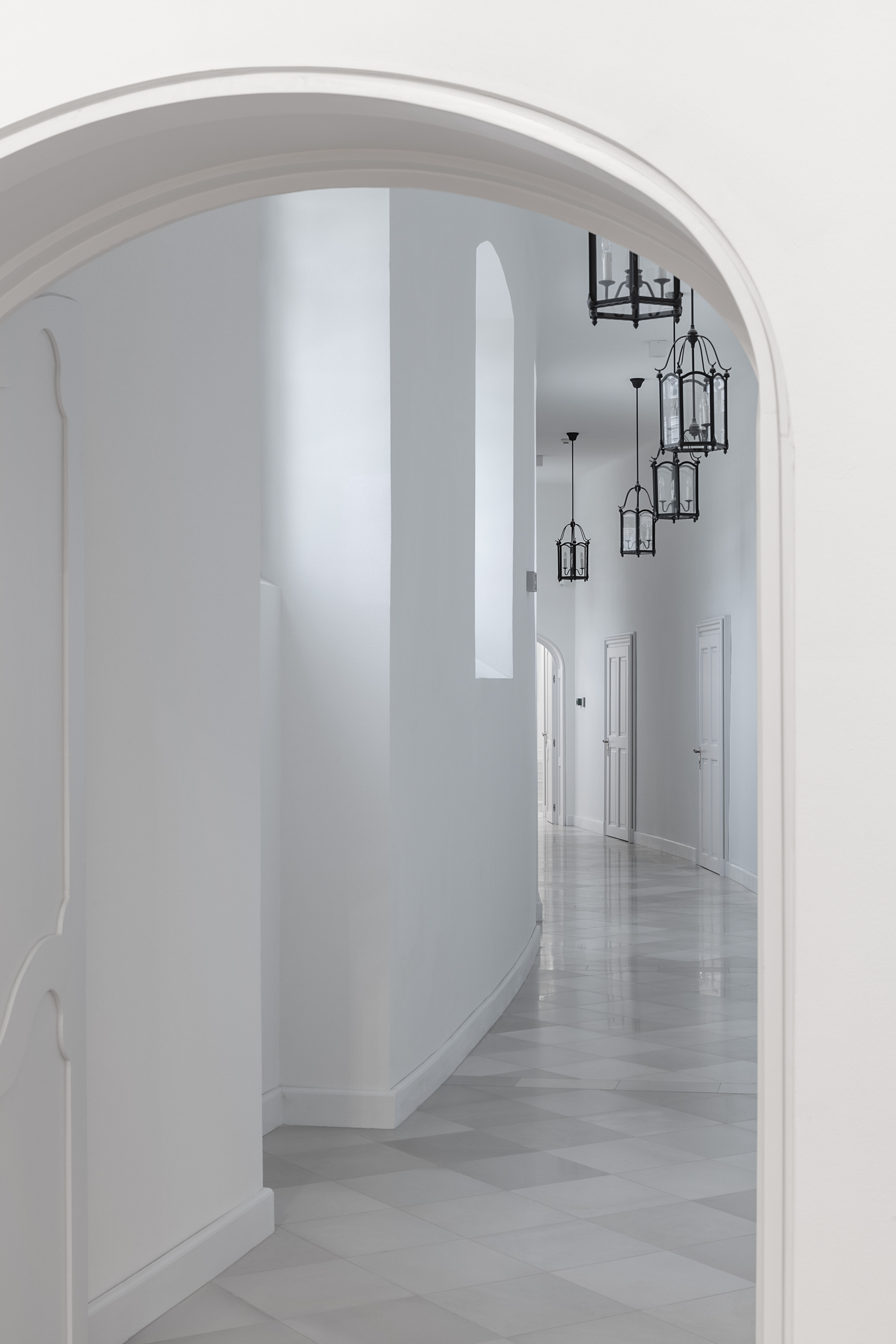 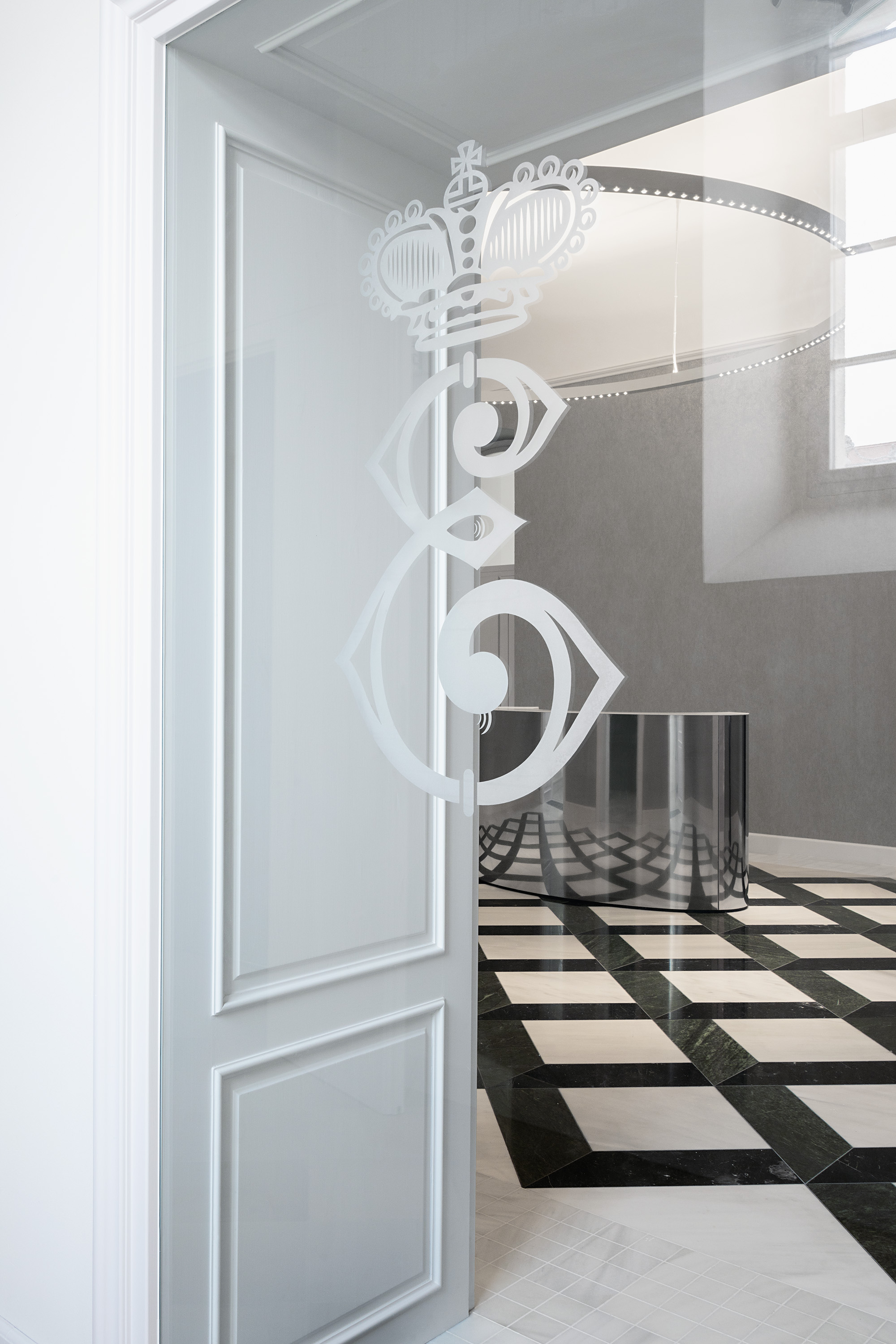 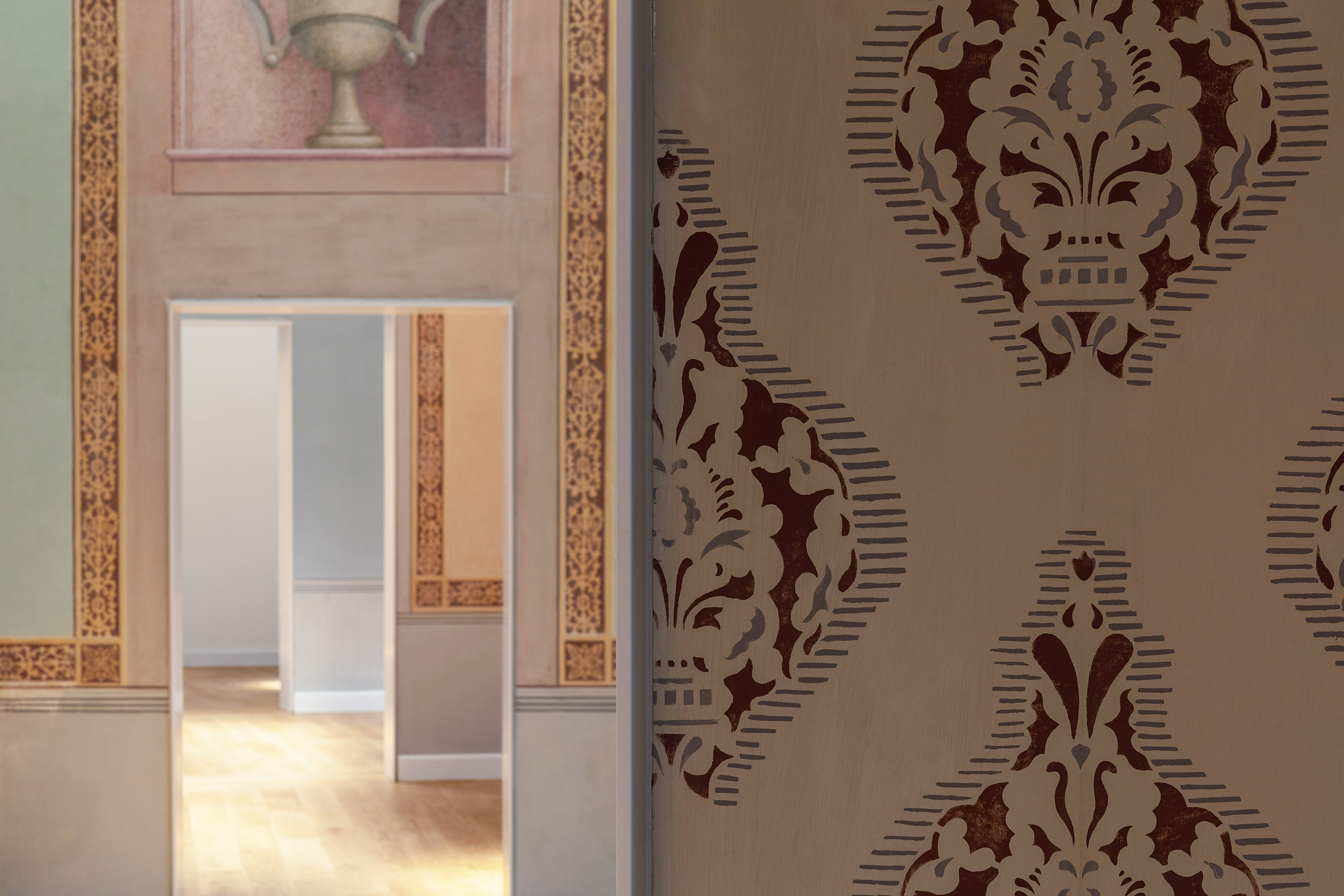 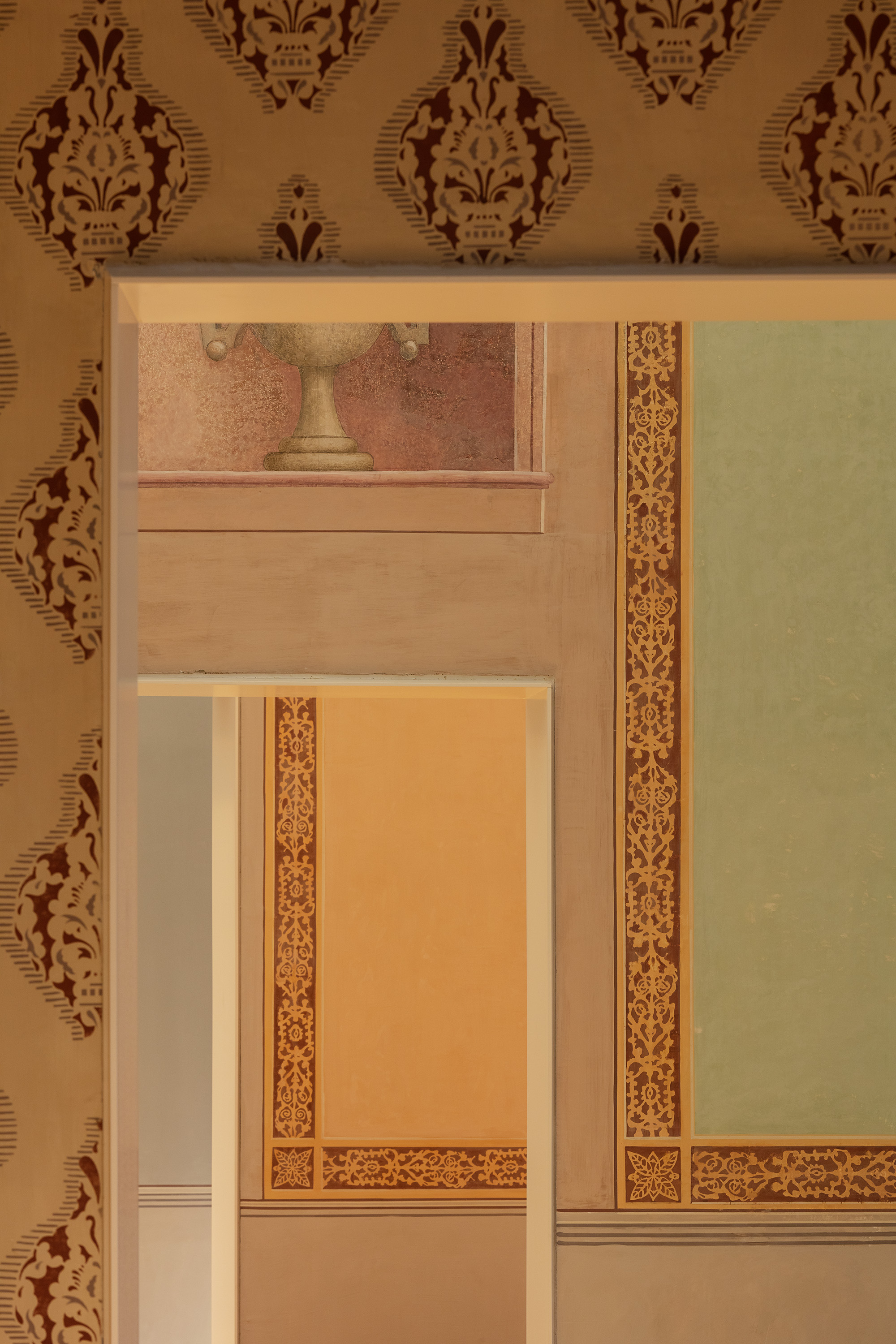 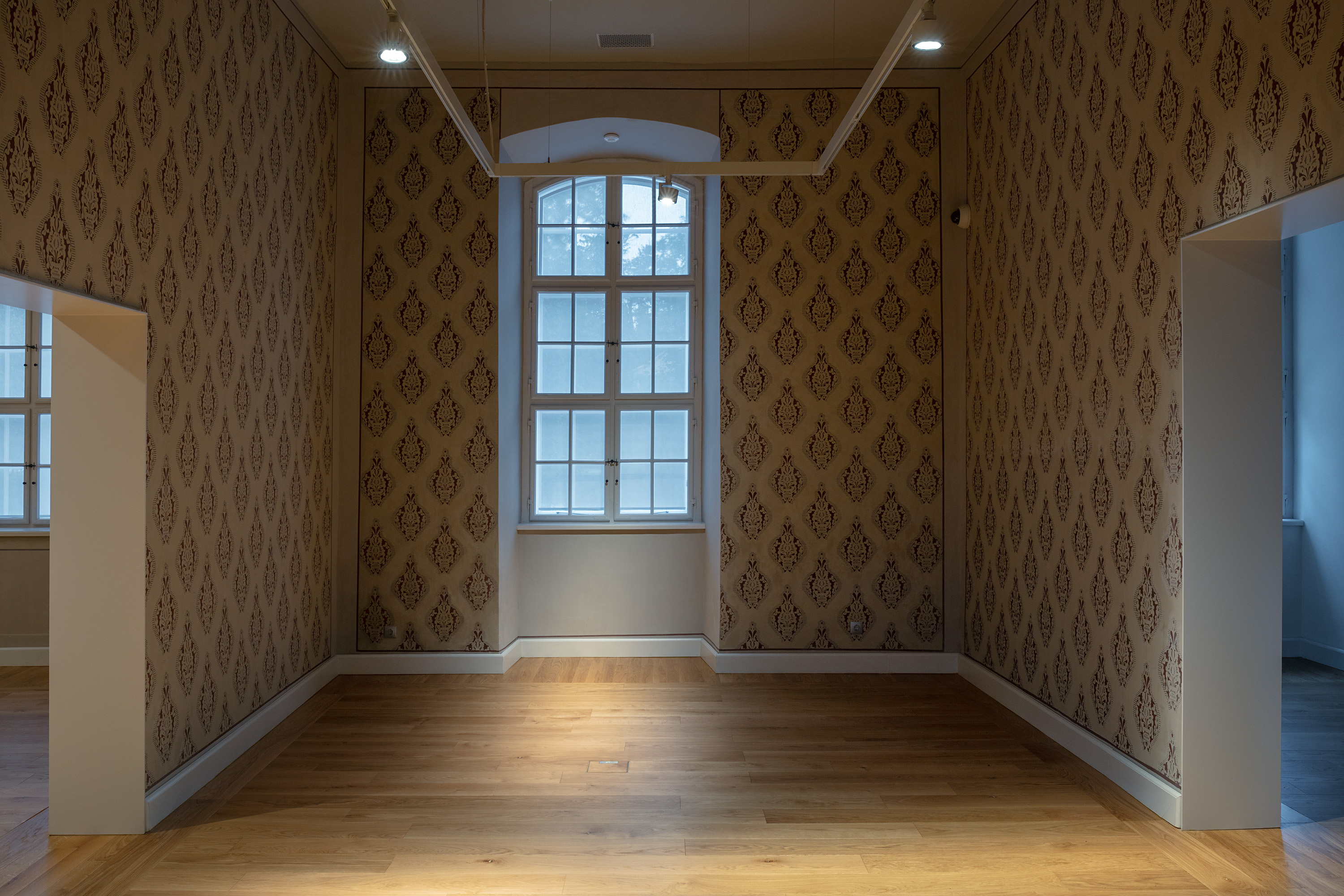 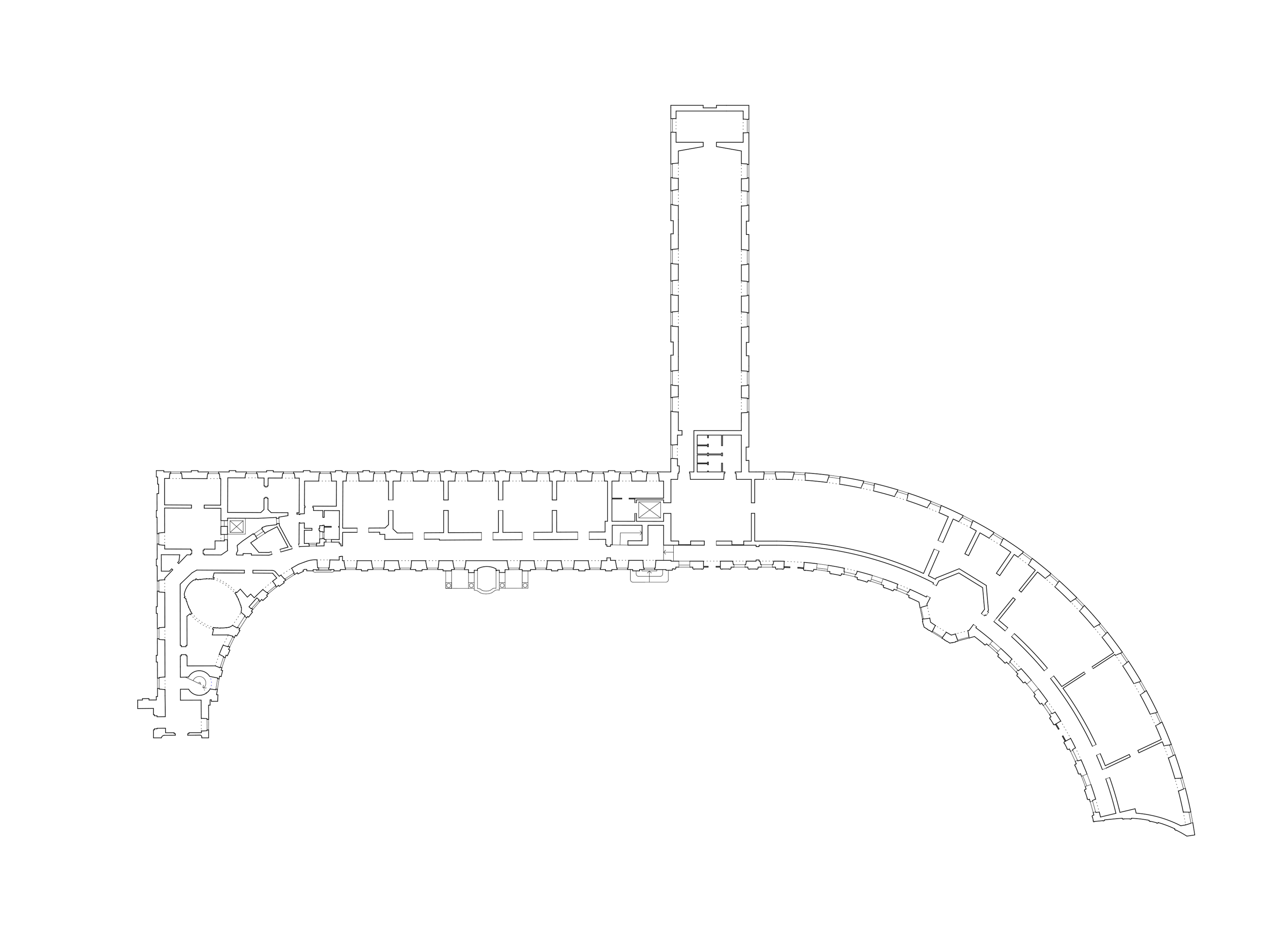 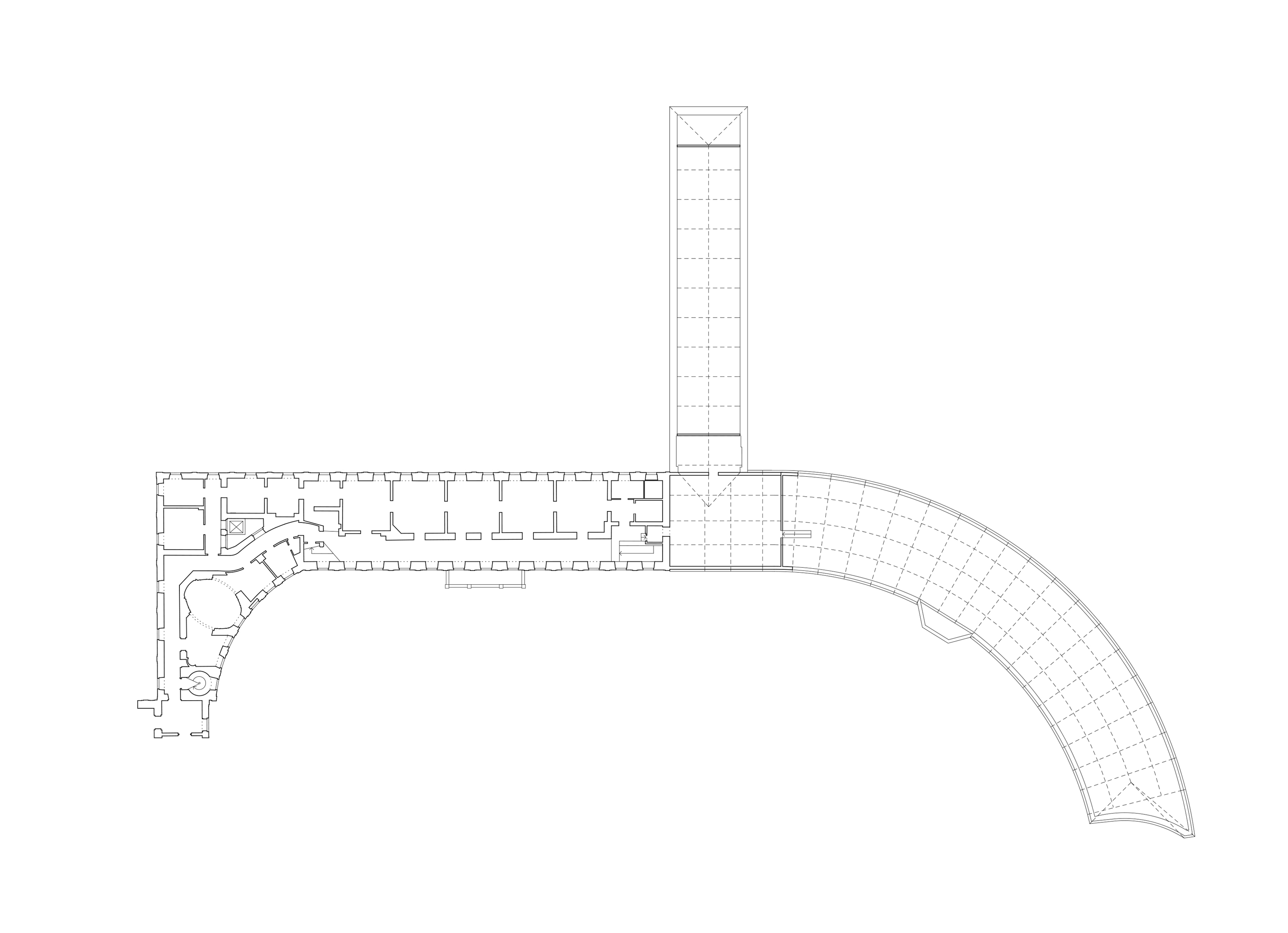 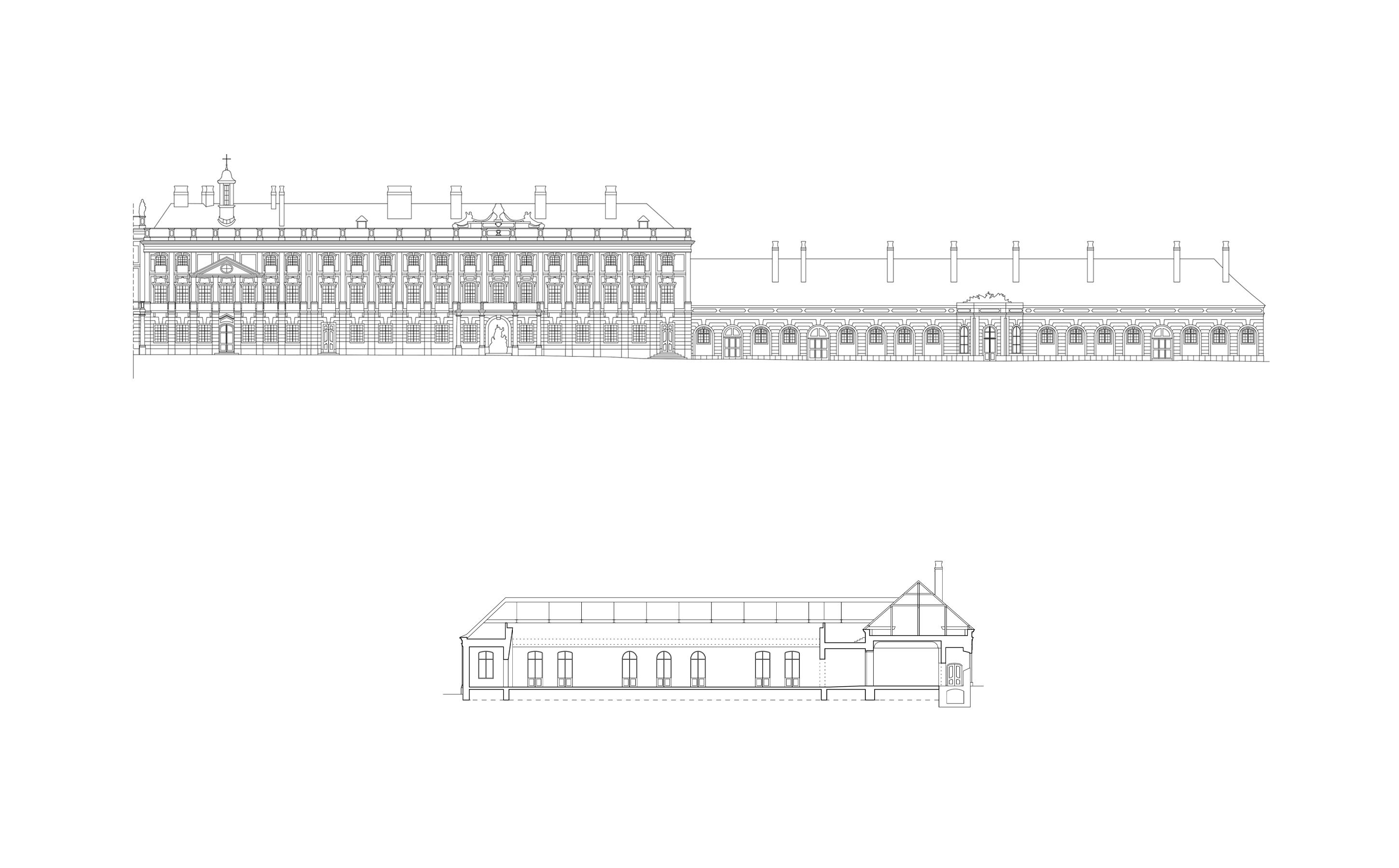 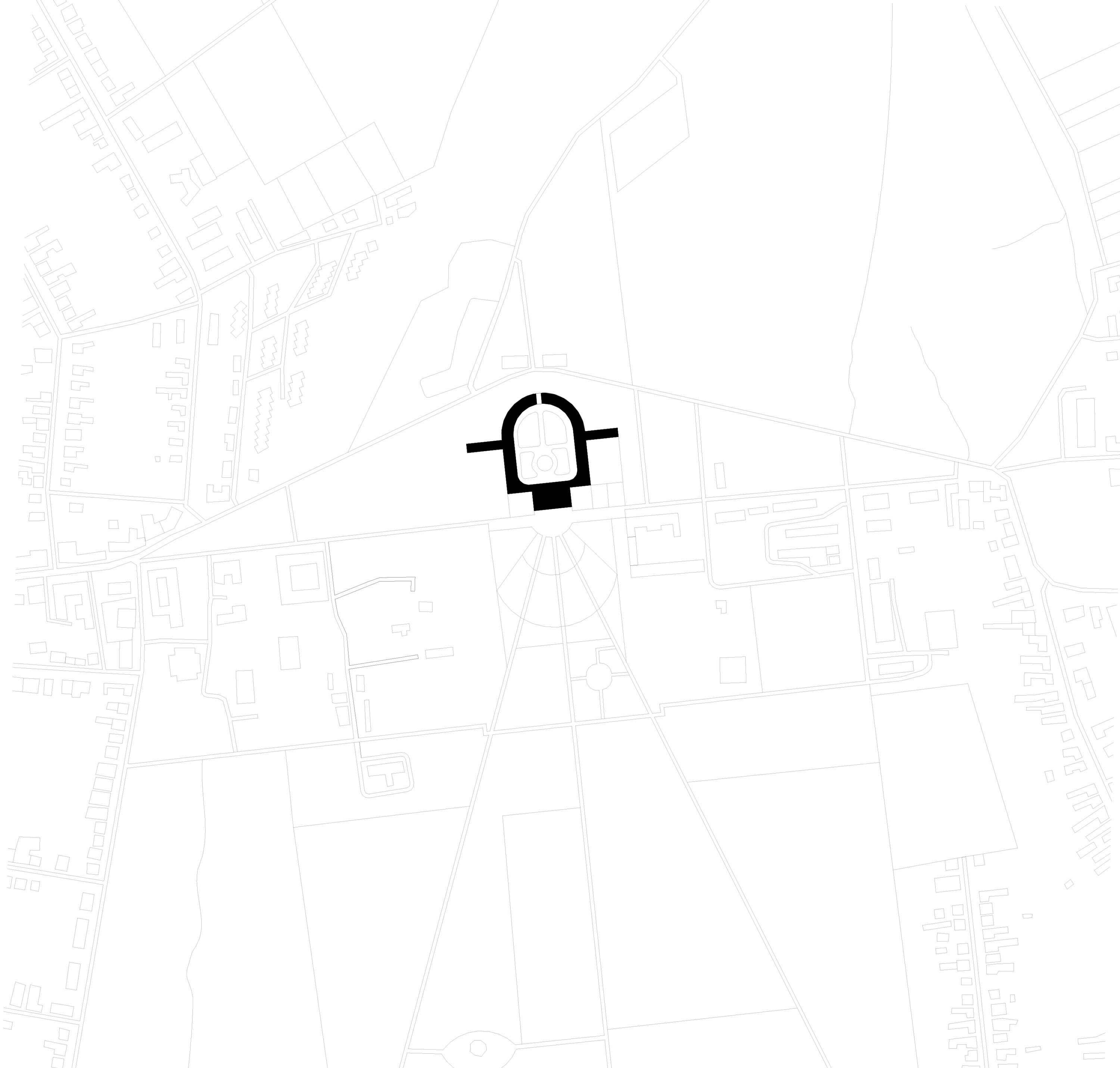