There is a particular spot in the northeastern business district of Budapest: a crossroad slices across the orthogonal urban fabric. The building mass recedes, compared to the other buildings on the corner. Though squeezed backwards, the plot acquires a central position because of the angle of the intersection. Here, the resulting irregularity has created a focal point that needed to be filled by an unconventionally shaped building. The blocks follow the rationality of the conventional office typology and fan out to fill in the open space. Two of them follow the orthogonality of the urban fabric; the third is wedged between them and redefines their seemingly simple relationship. The dynamism of the building is an essential principle that becomes obvious when one is on the move: the prisms – designed in a strict geometrical order – sometimes cover one another, sometimes unfold, as they gradually descend in steps towards the lower residential units. The variation of the positive and negative spaces and the way the sloping blocks turn form part of the illusion that becomes obvious when one makes a circuit of the building. The canopies stretch between the office blocks, their rhombus-shaped openings becoming more and more spacious towards the building’s inner side. The shapes of the lower and the upper plane alter, so that their intercept changes constantly, shepherding the light towards the inner, darker parts. This geometrical trick makes for airiness and lightness, and thus the surface does not seem in the least heavy. The idea of progressive transition is also echoed in the façade. The glazed surfaces appear to flow like ribbons across the prisms, even though the proportions of the glass and the solid elements differ in each block. The northern block is glazed from floor to ceiling; the windows of the next block are of the usual parapet height; while on the southern block there are significant solid zones. The building’s garden, constructed around prismatic mounds, is rich in flora. This solution is not only aesthetically pleasing, but also environmentally friendly, since the garden functions as a soundproof wall or a dust filter, thanks to its terraced structure. The footpath and cycleway lead through an area that is open, yet at the same time contained by the fan. 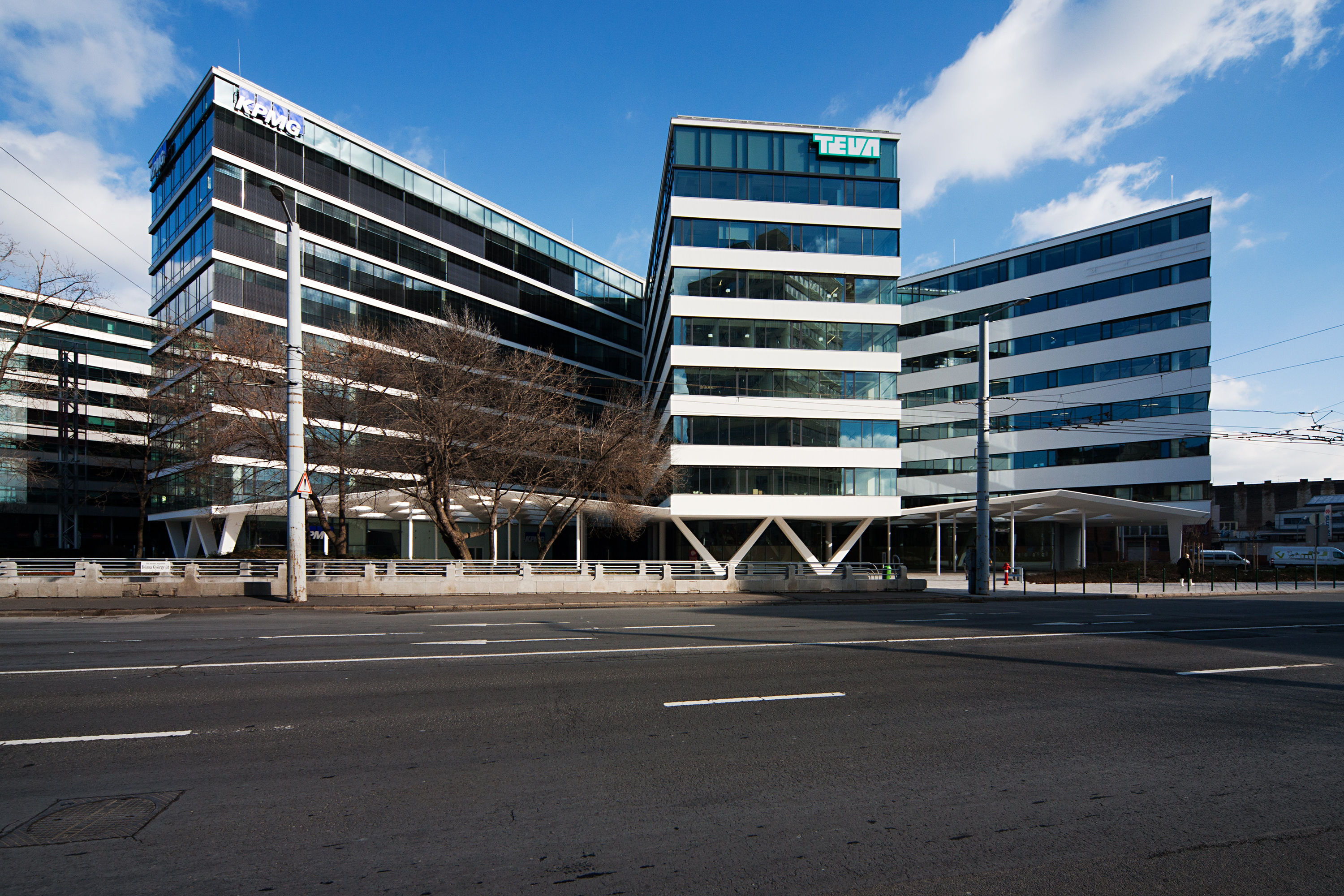 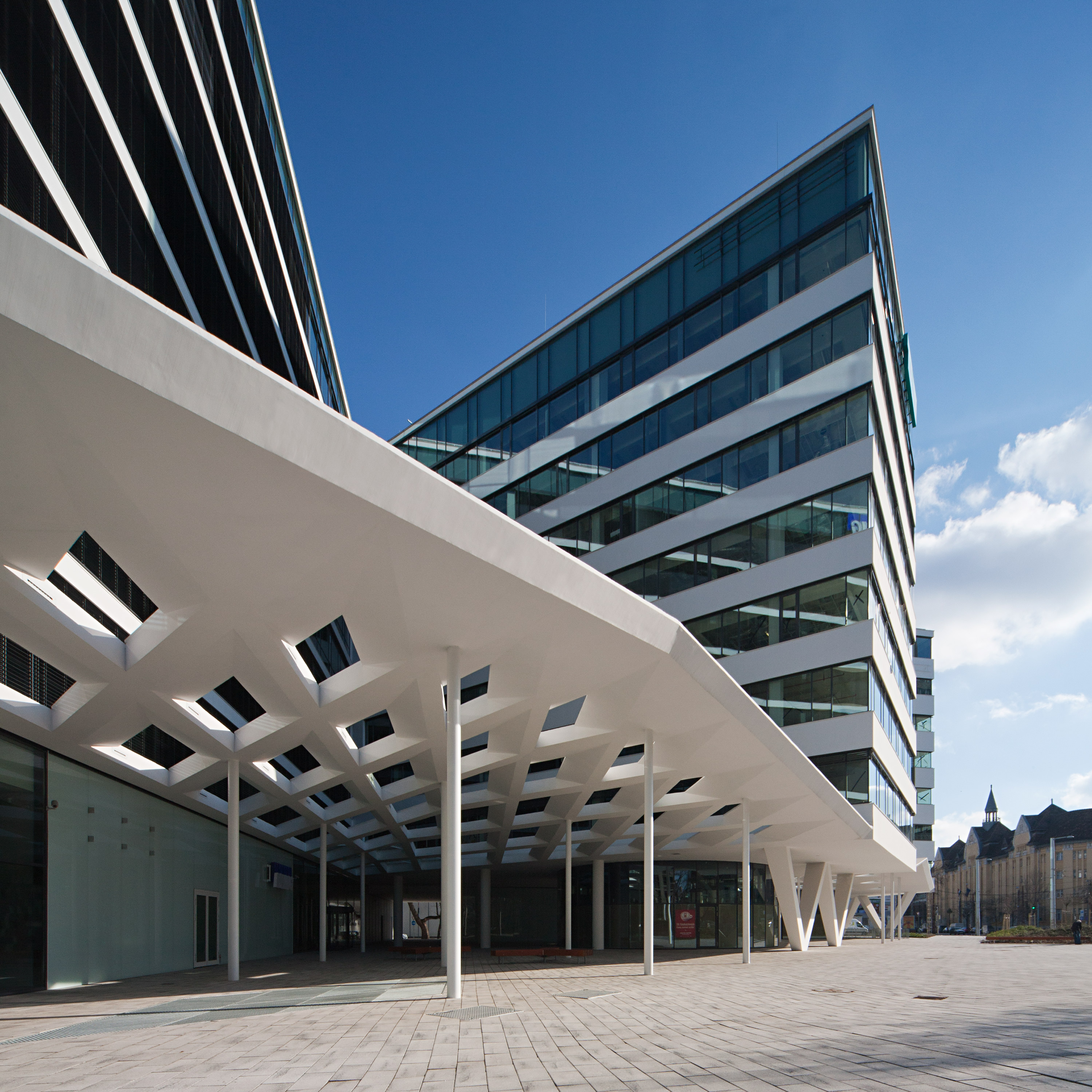 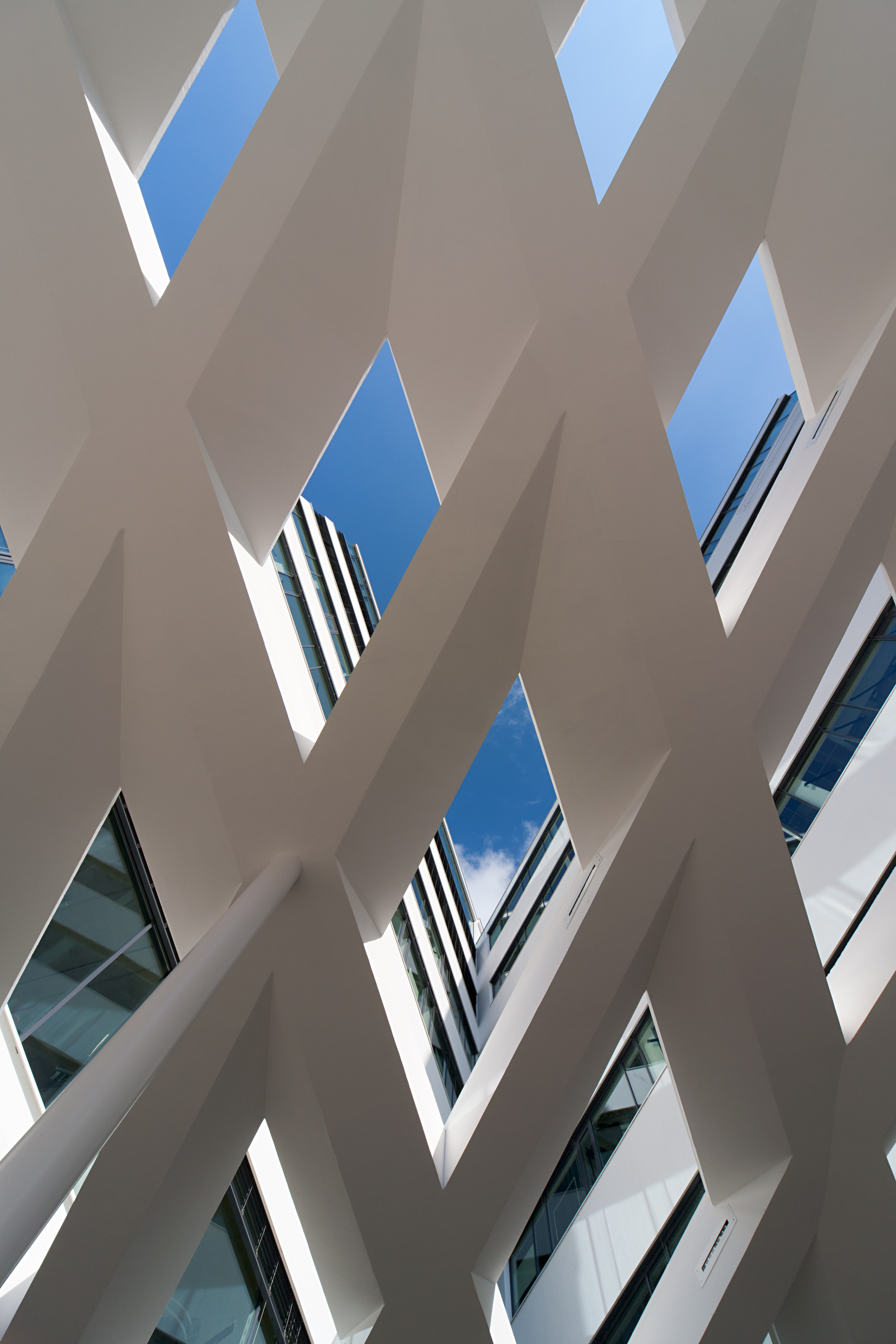 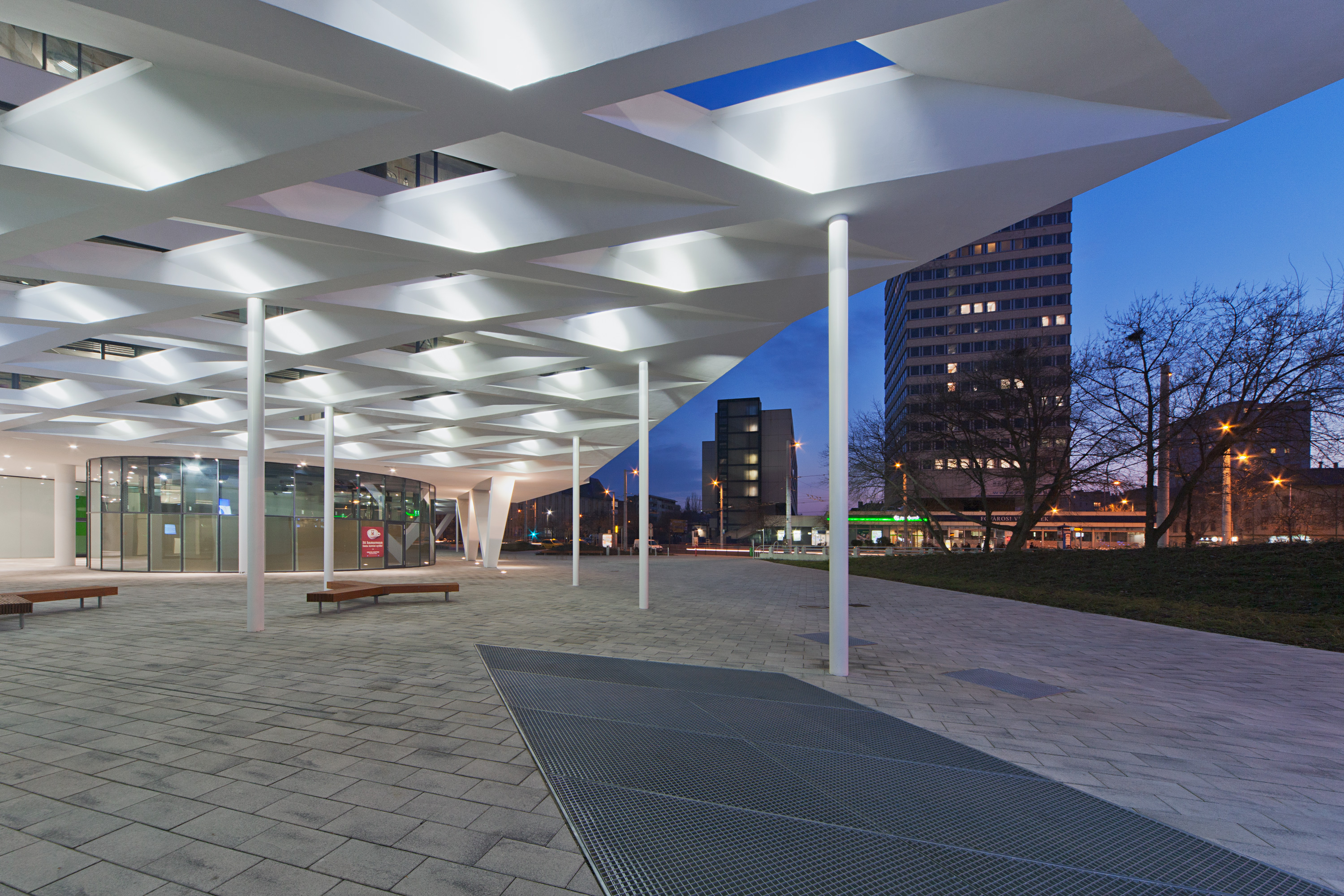 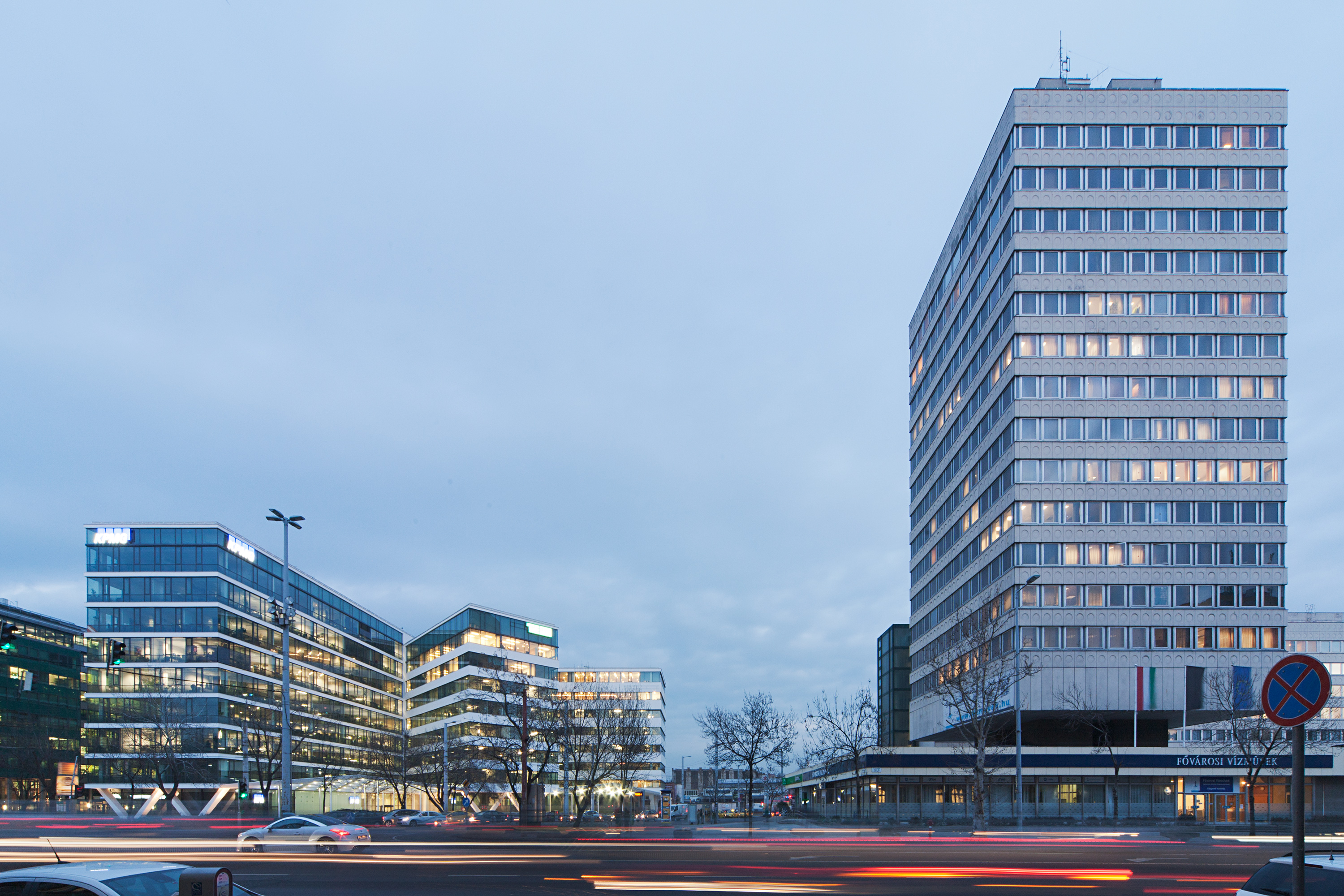 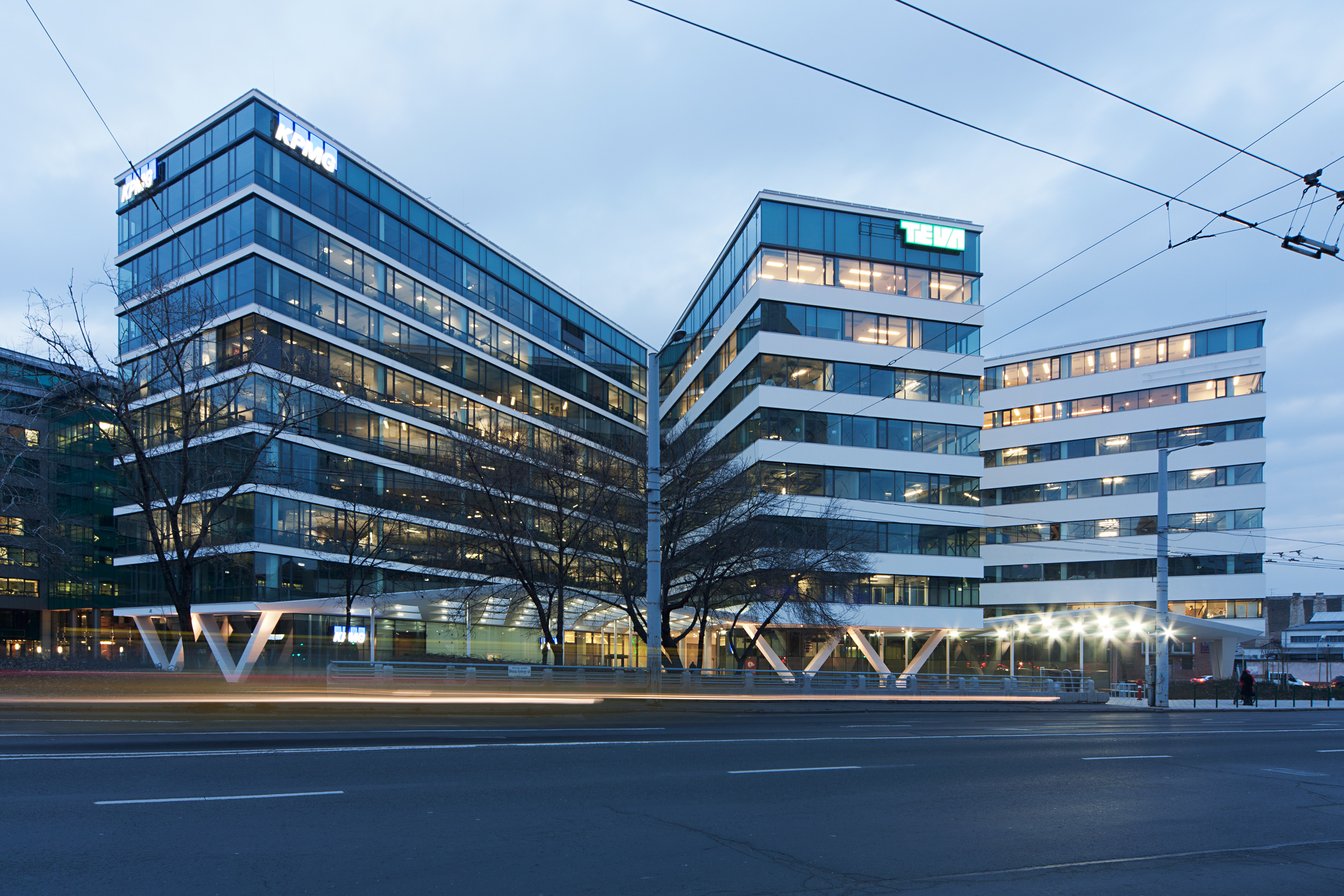