In the spring of 2019 we were commissioned to develop a holiday home for a family in the vicinity of a press-house from 1884, which is located on Balázs hill. The building, protected by the national monument act is now used by the fourth generation of the builder-owner family. Originally based on many years of experience, the rationally designed – and considered standard in the area – press-house has now on many respects lost its function and has become outdated, therefore the need for a complete renovation arose. However, this building seemed to be too tight for the needs of the family. The idea arose to build a similar, but more spatious building not far from the protected building. The plot is located in the Balaton Uplands National Park, so the settlement regulations tied our hands in certain aspects of the concept creation. The house itself fits into a hillside slope, which meets the natural conditions that are essential for viniculture. Through our plans the idea of the press-house is reborn as a holiday home that preserves the original features of local building tradition while reinterpreting the functions of the various rooms. The appearance and layout of the building adapts to the local traditions: it is covered in white, coarse-textured plaster and topped with a thatched roof. True to local customs, the entrance opens from the hillside side of the attic. The traffic core of the house is provided by a spiral staircase connecting all floors, which also creates a visual connection among the levels. An important element of the building is the simple geometric “corkscrew”: below the slope-facing longitudinal volume, the level of the bedrooms is rotated by ninety degrees, which continues in a slope in both directions of the rotation. 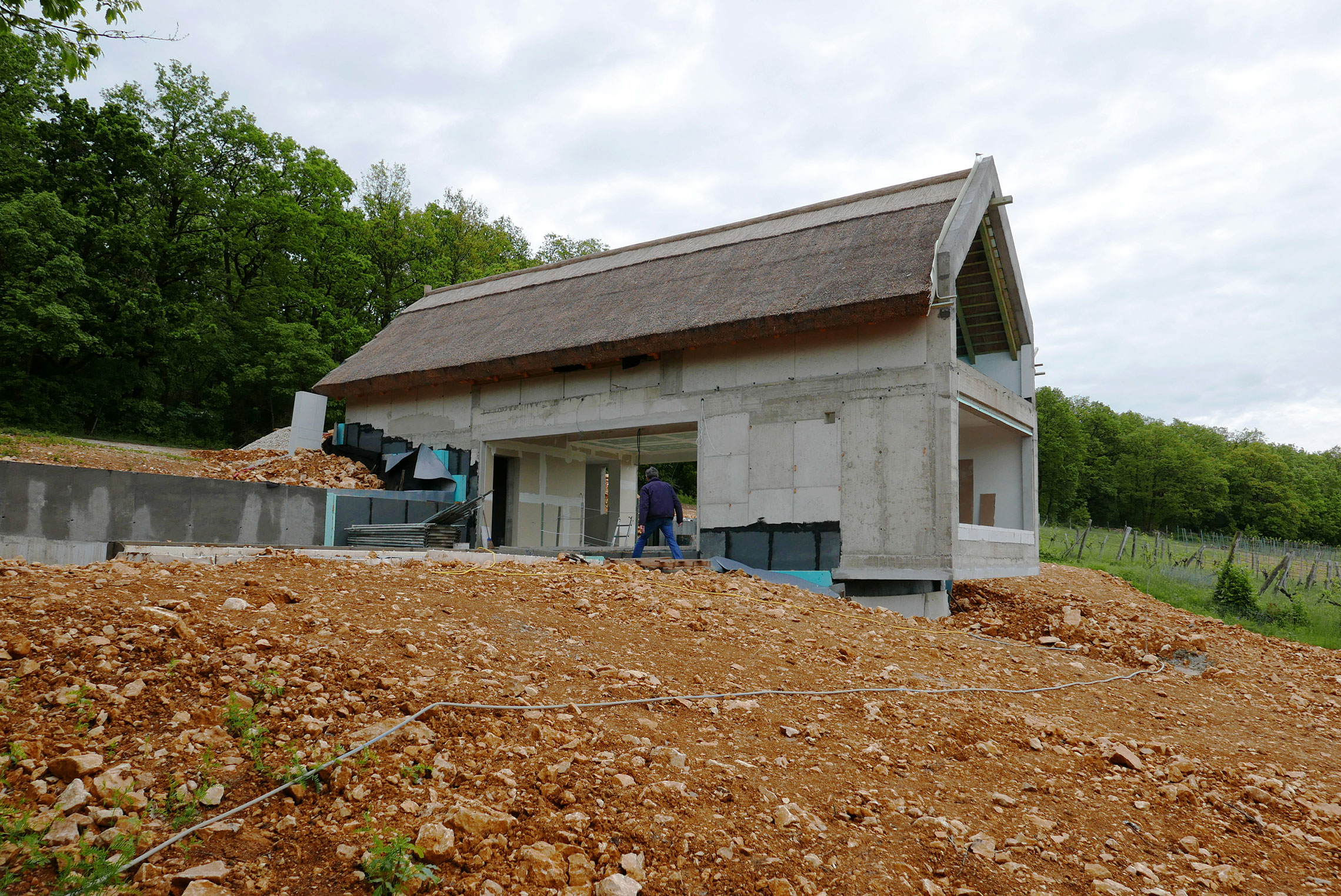 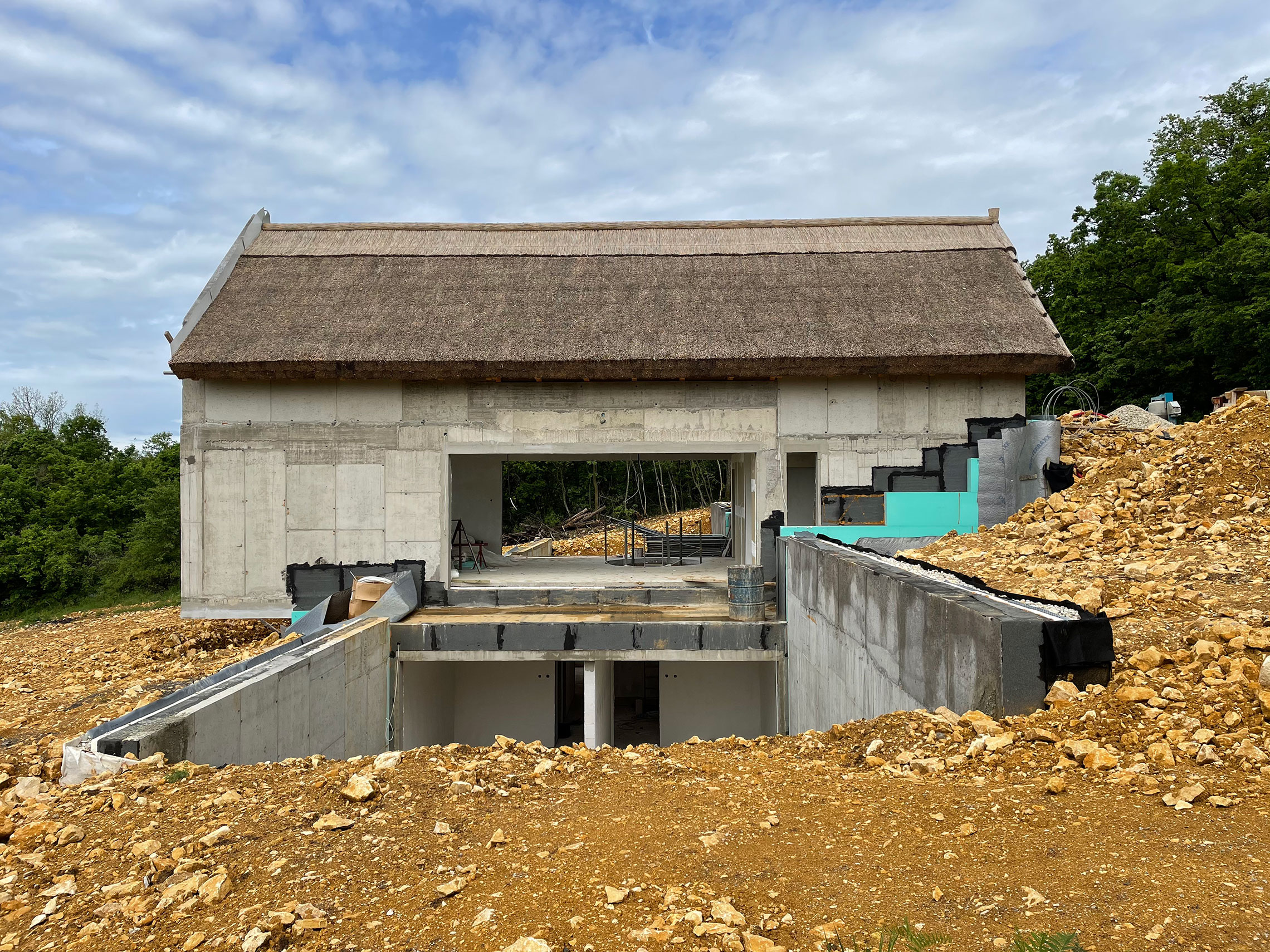 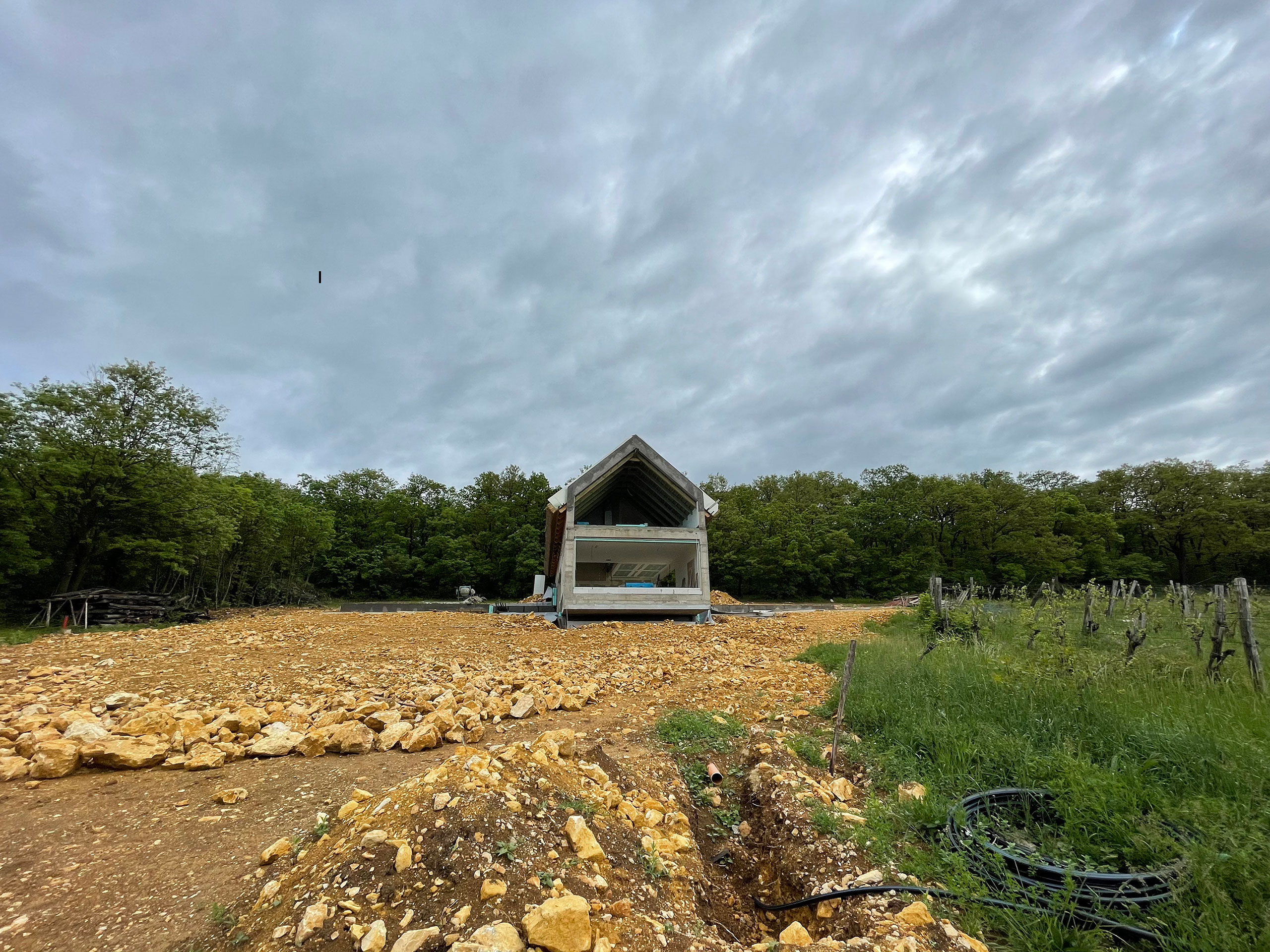 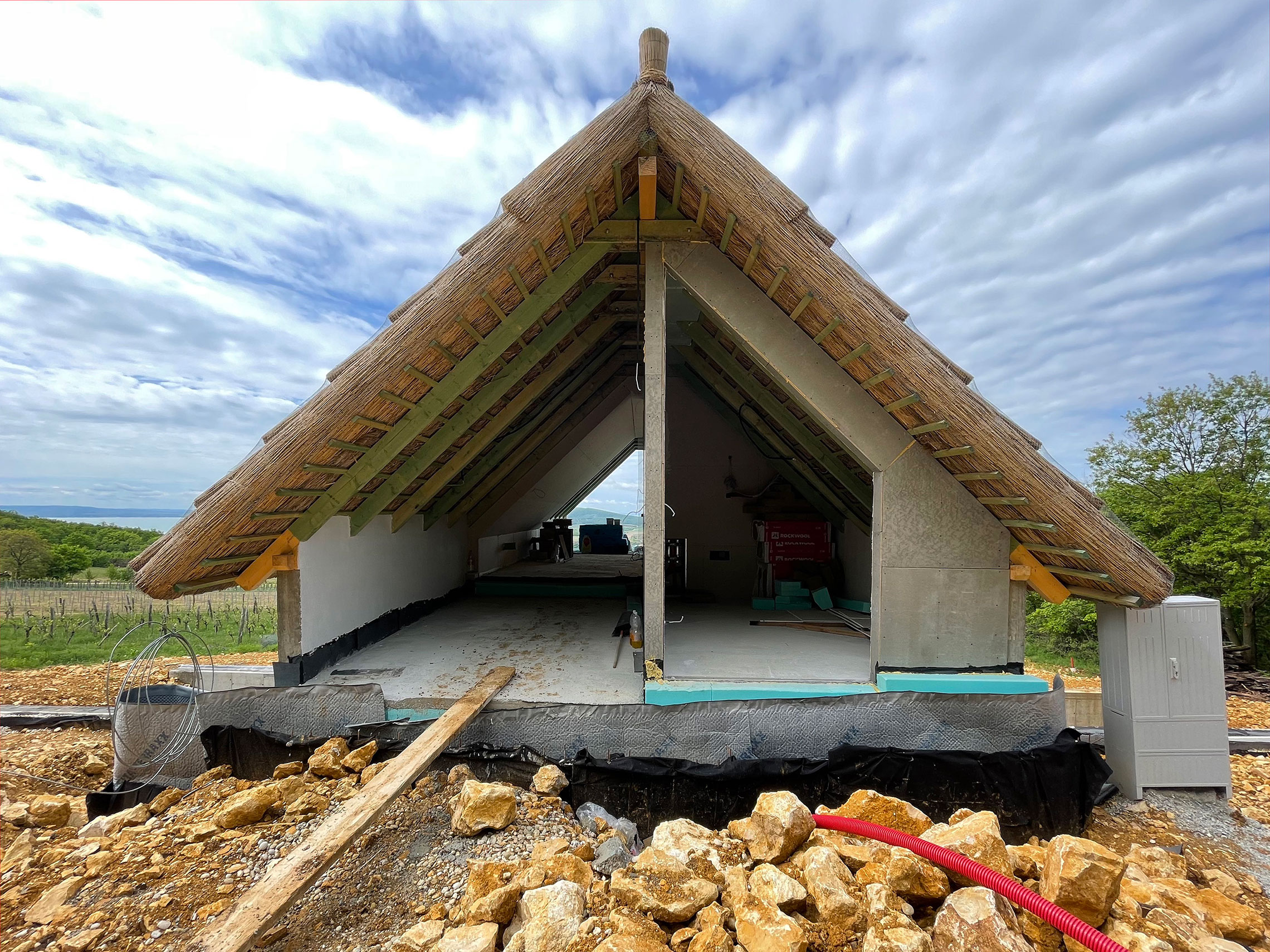 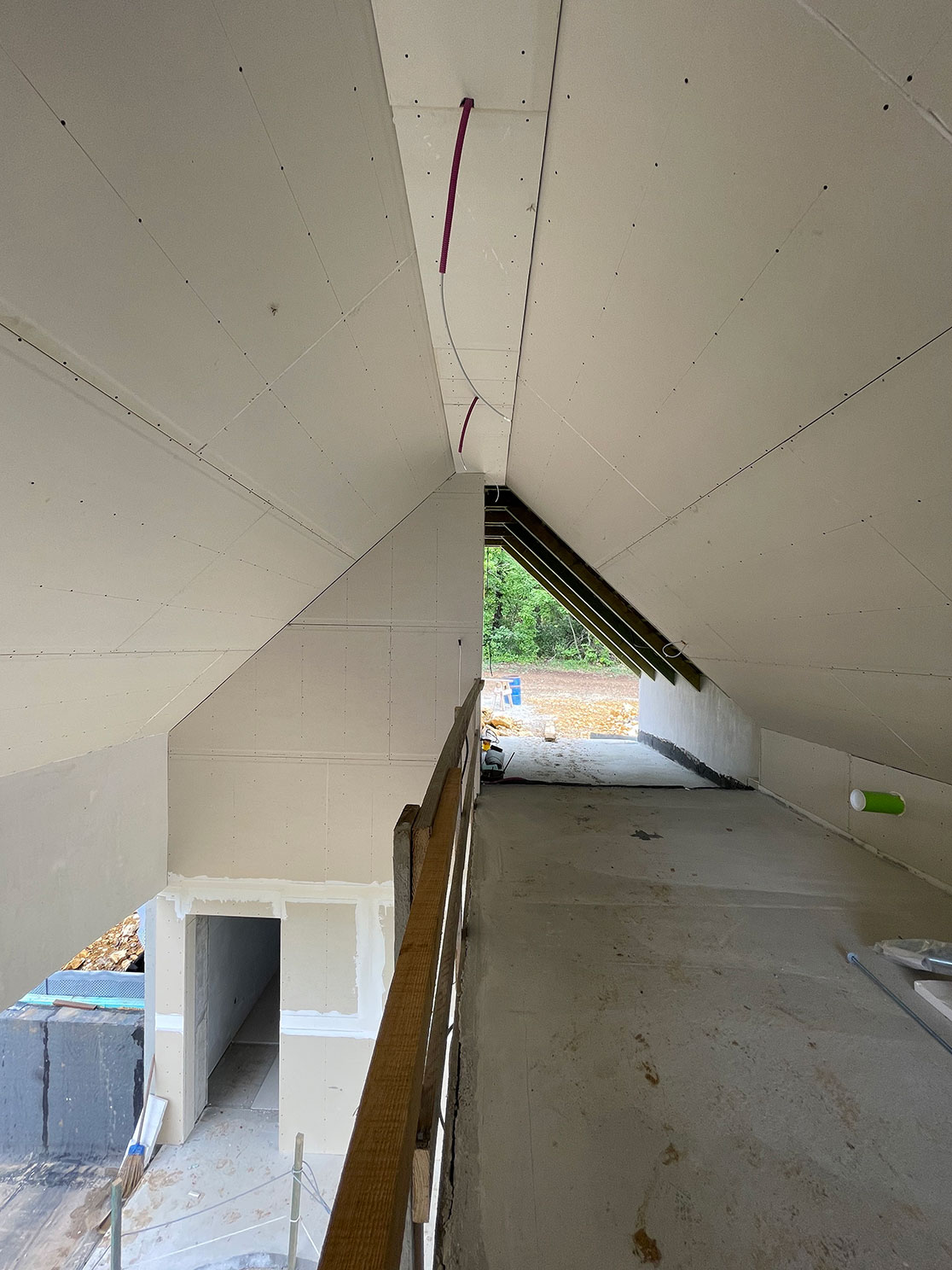 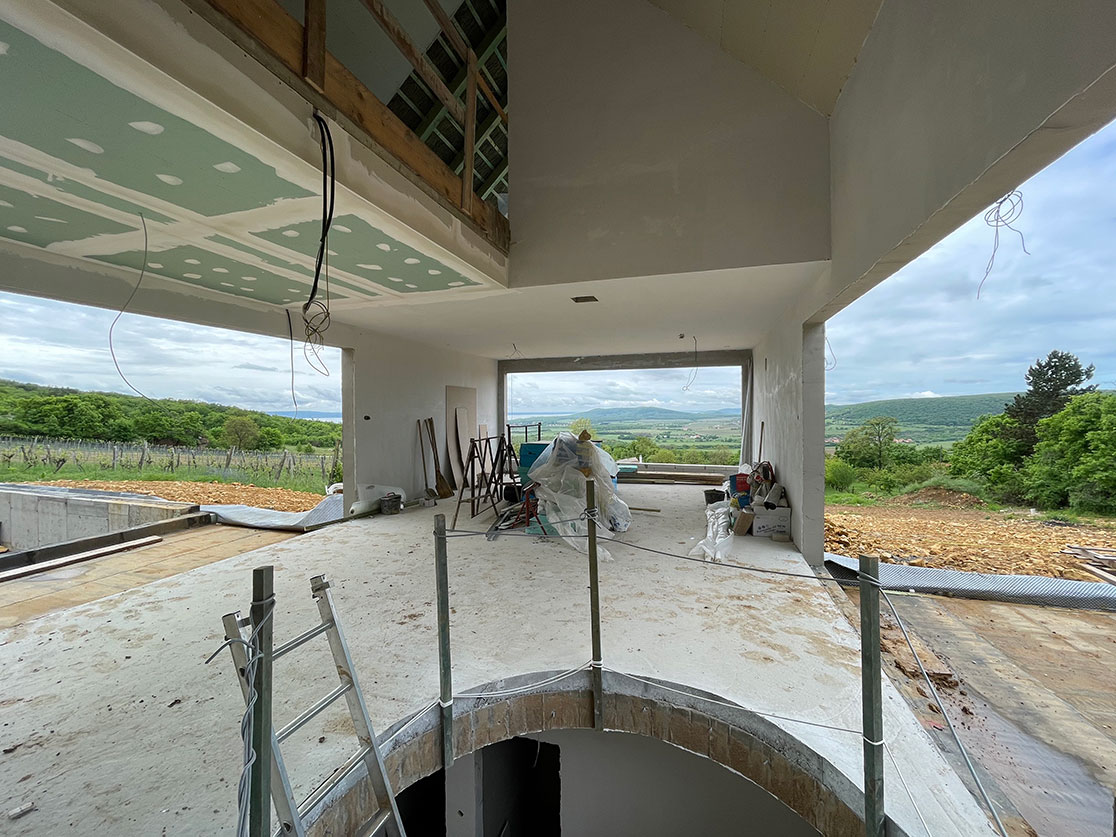 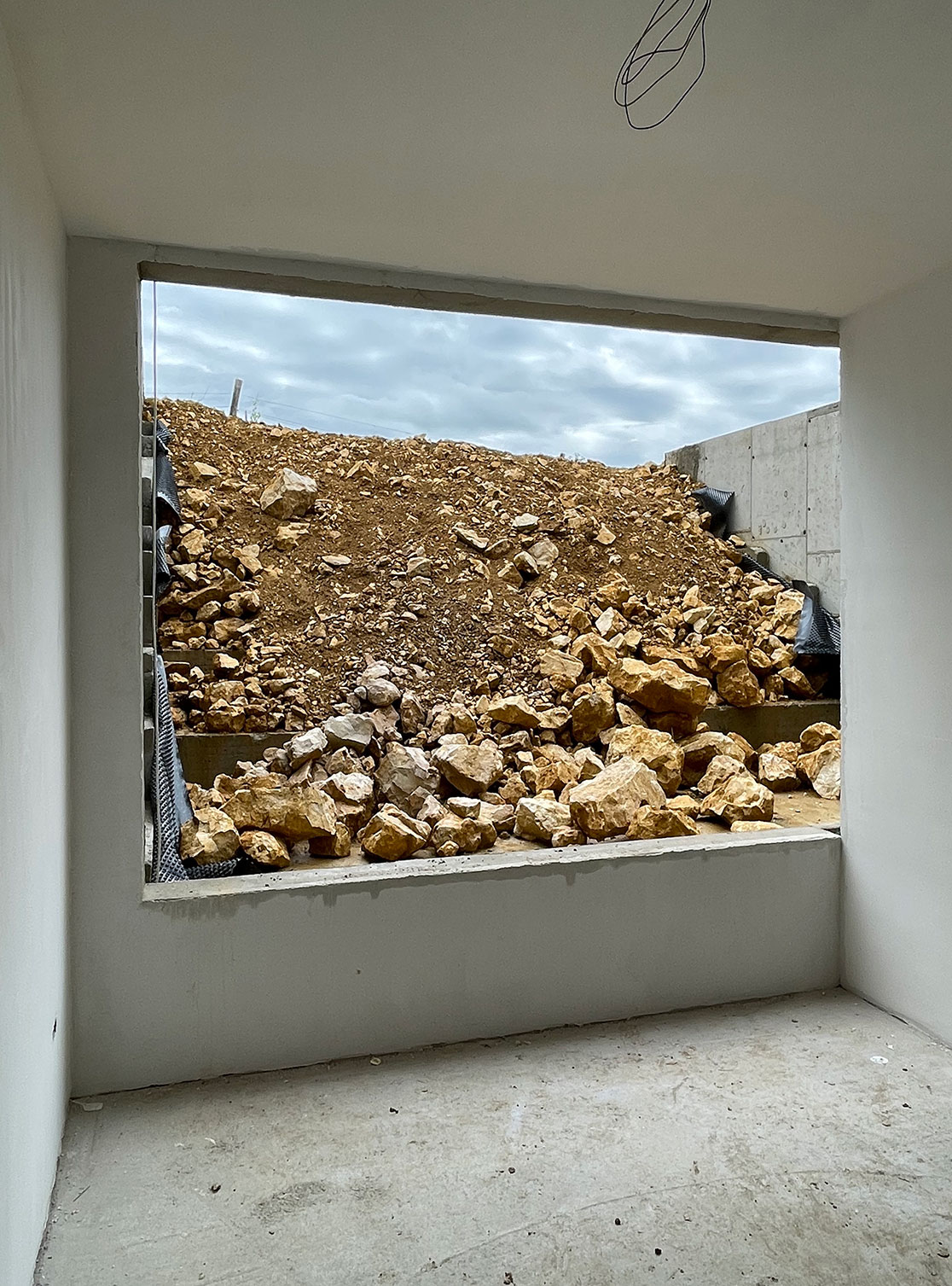