A small baroque chapel surrounded by a cemetery garden crowns the small hill of Kismegyer. The church had to be planned on this very site. In such a context it could not be pretentious, but should fit in the gently sloping environment. The scale of the building does not aim not exceed the scale of nature. The church becomes part of the natural fabric, of the living, while the cemetery belongs to the dead, to Heaven. The building does not want to be ostentatious. The presence of the cross, the strength of the materials, and the quality of the constantly changing light are the basic elements of the architectural conception. The cross – as one of the strongest symbols of the Catholic Church – appears in several layers of the building. A vertical element on the belfry, a horizontal glass version on the roof and a third one in the shrine lying on the wall-plane compose a threefold unity. The altarpiece covers the whole of the eastern wall. The embracing, bent shape at the bottom straightens out on the top. Because of the tension between the misshaped surface made of rammed earth and the fracture of the wooden cross, attention is focused on the shrine by simple means. A tactile space reveals itself. The mystical shining light is the most characteristic feature of the liturgical space. Clear, sharp light comes through the roof. A wandering cross appears on the floor by the interaction of light and shadow. The colorful windows of the western gallery let stronger and softer lights into the church. The colors of the „rose-window” start from the blue and go to the red following the color-scale of the rainbow. 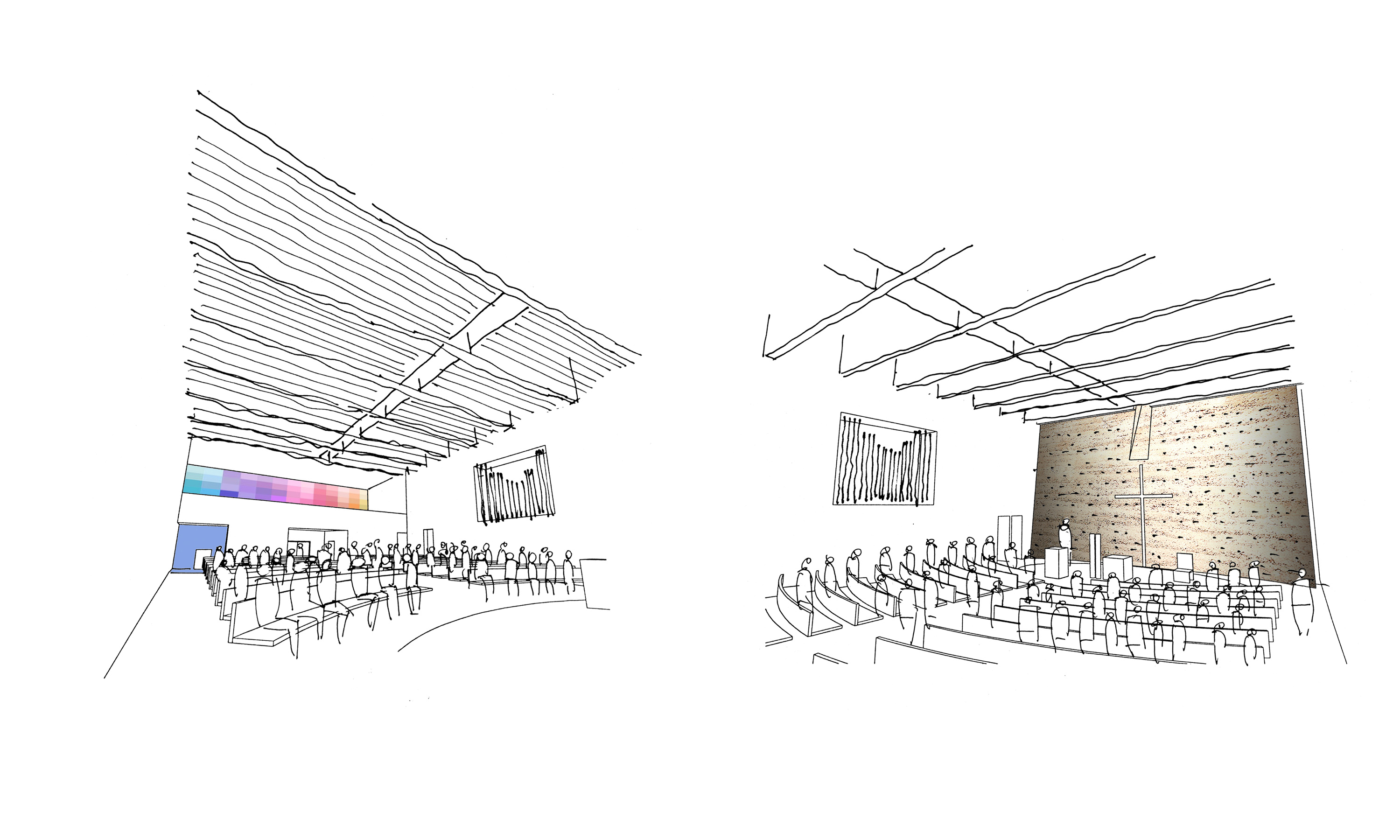 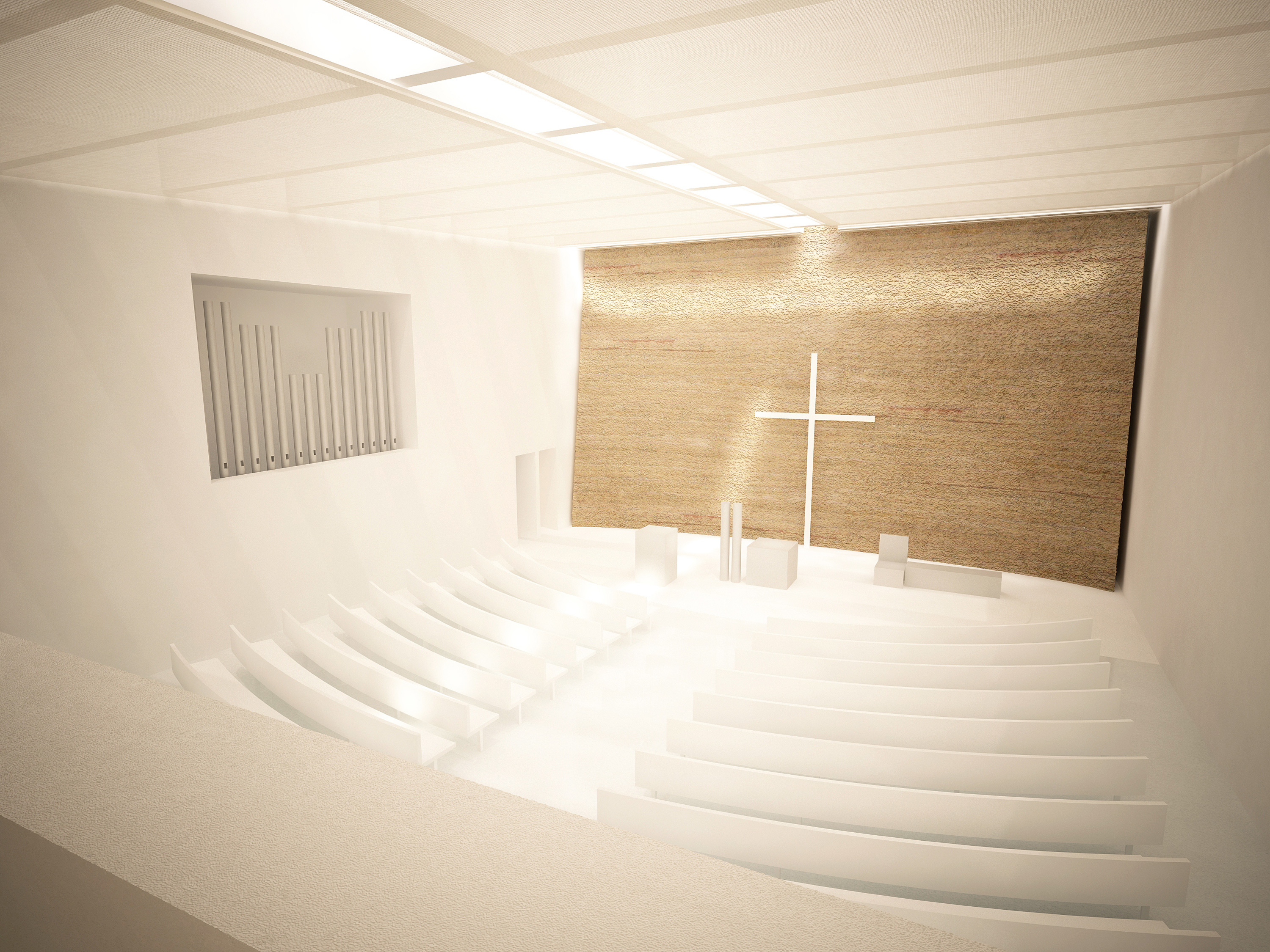 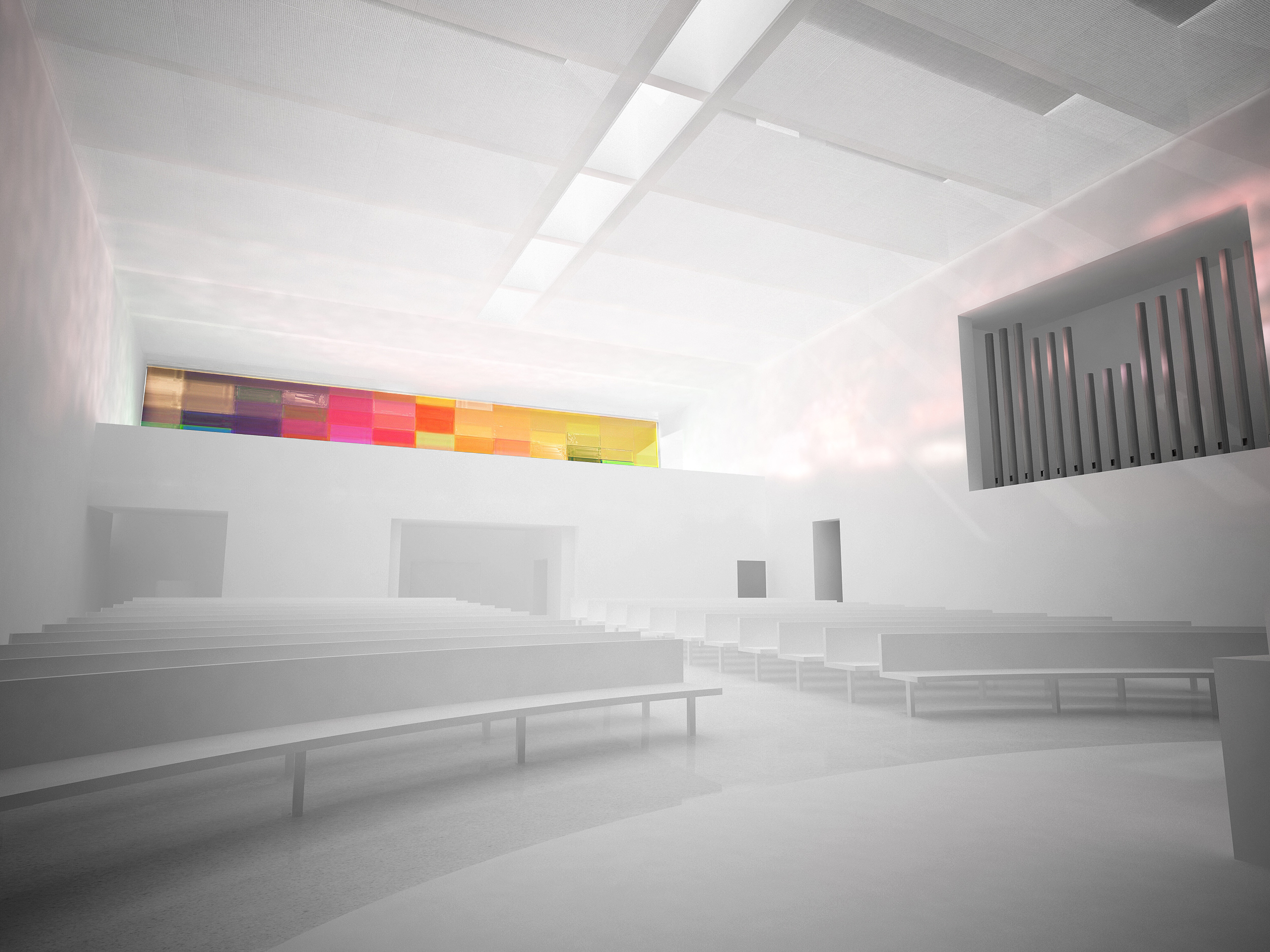 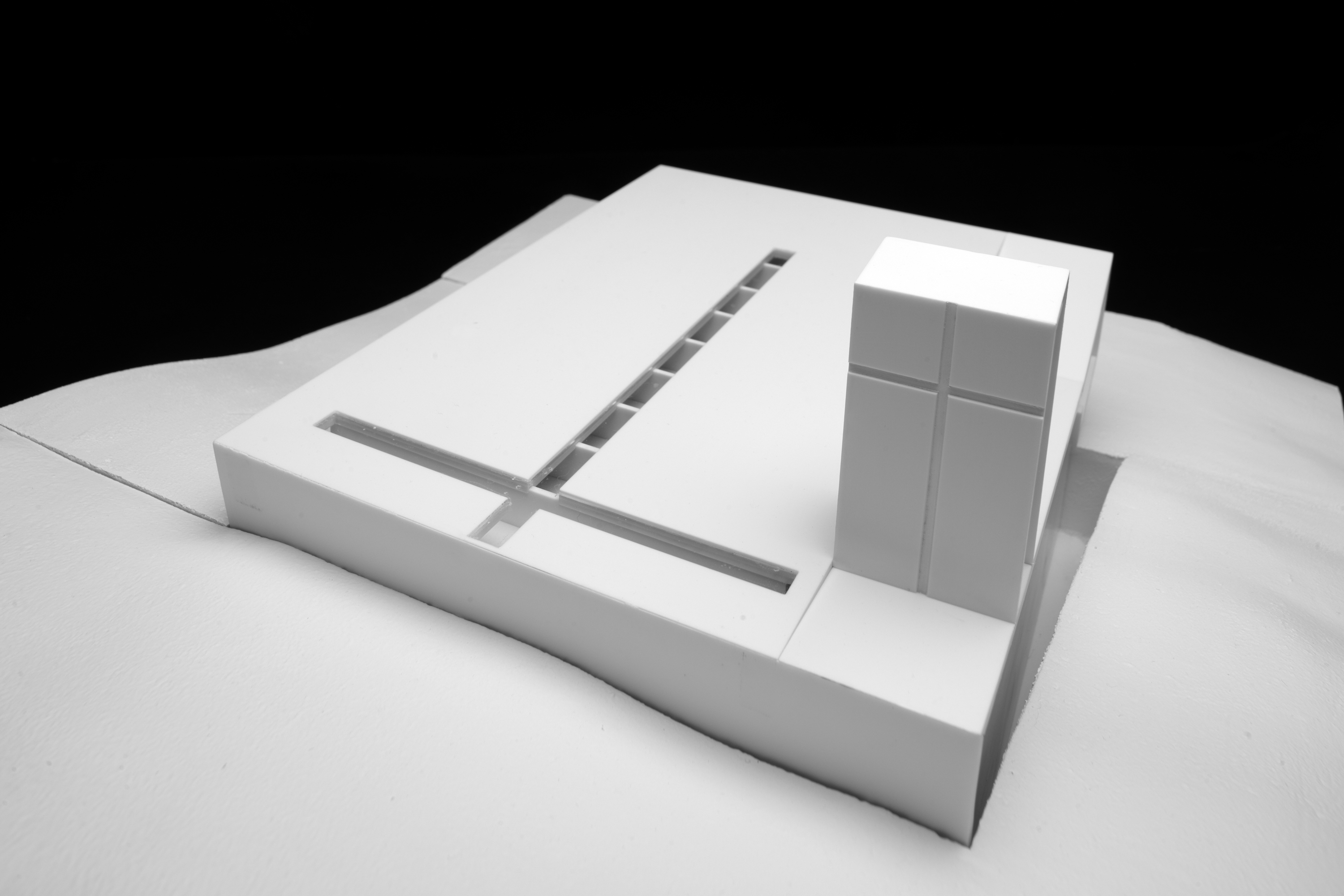 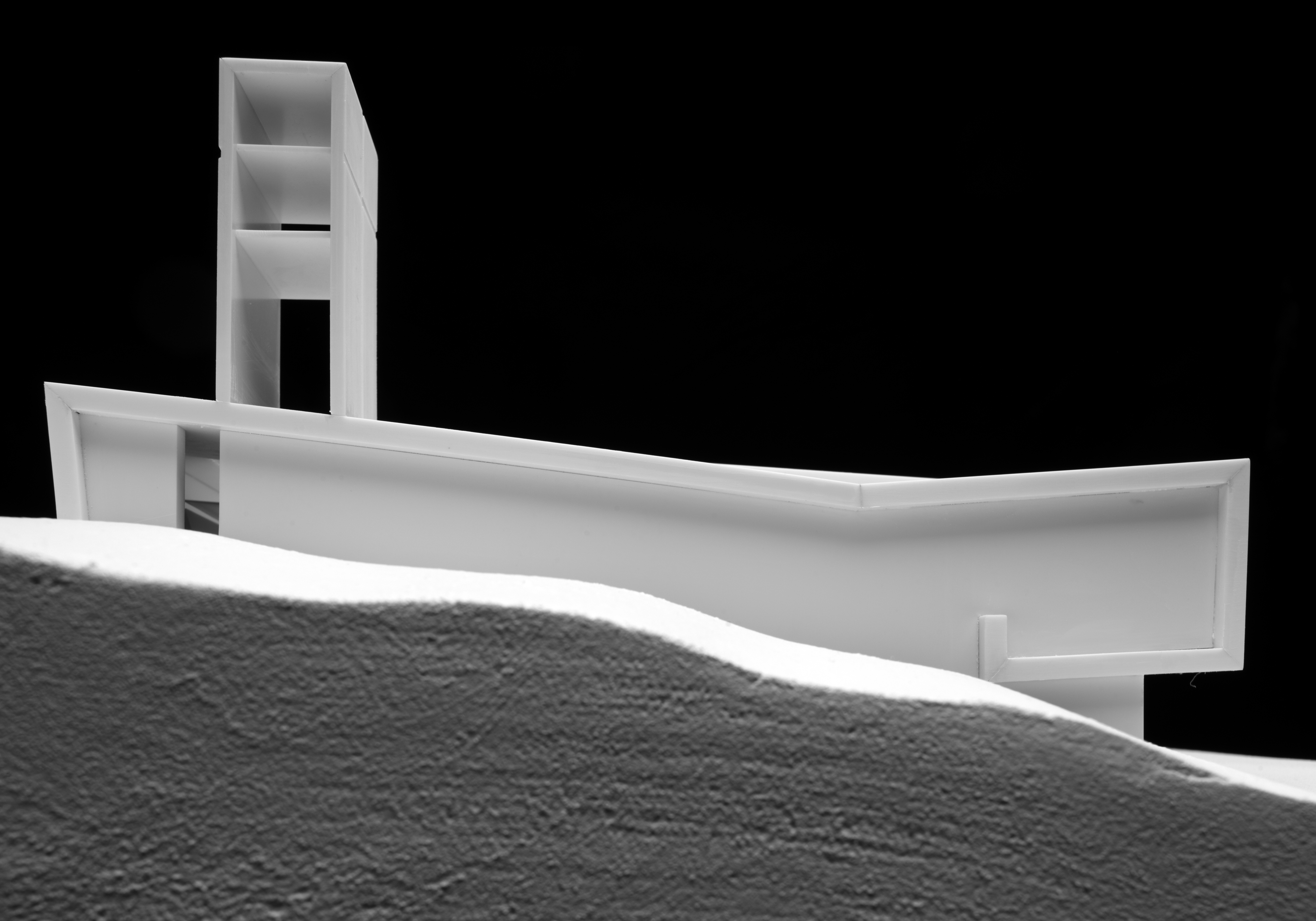 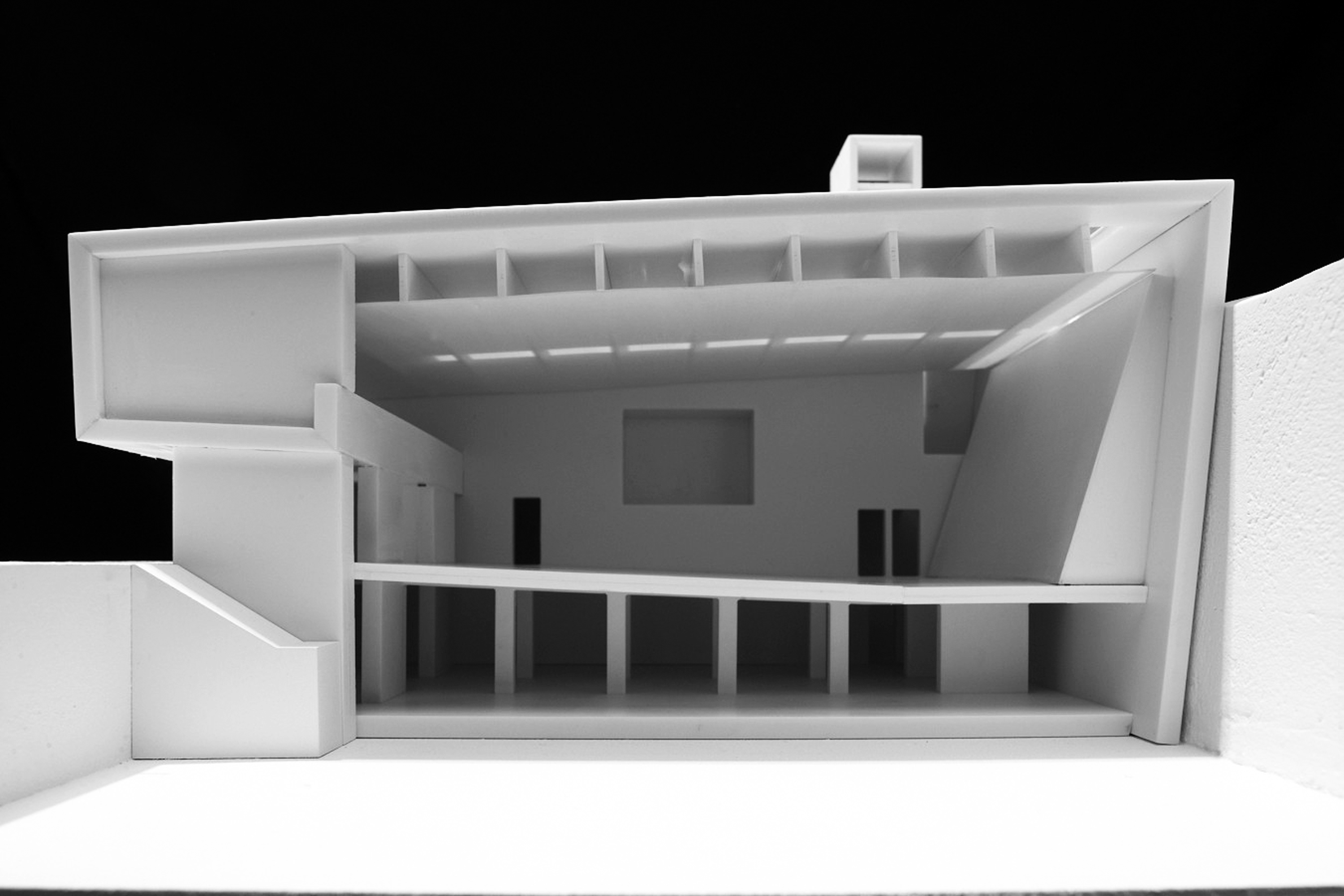 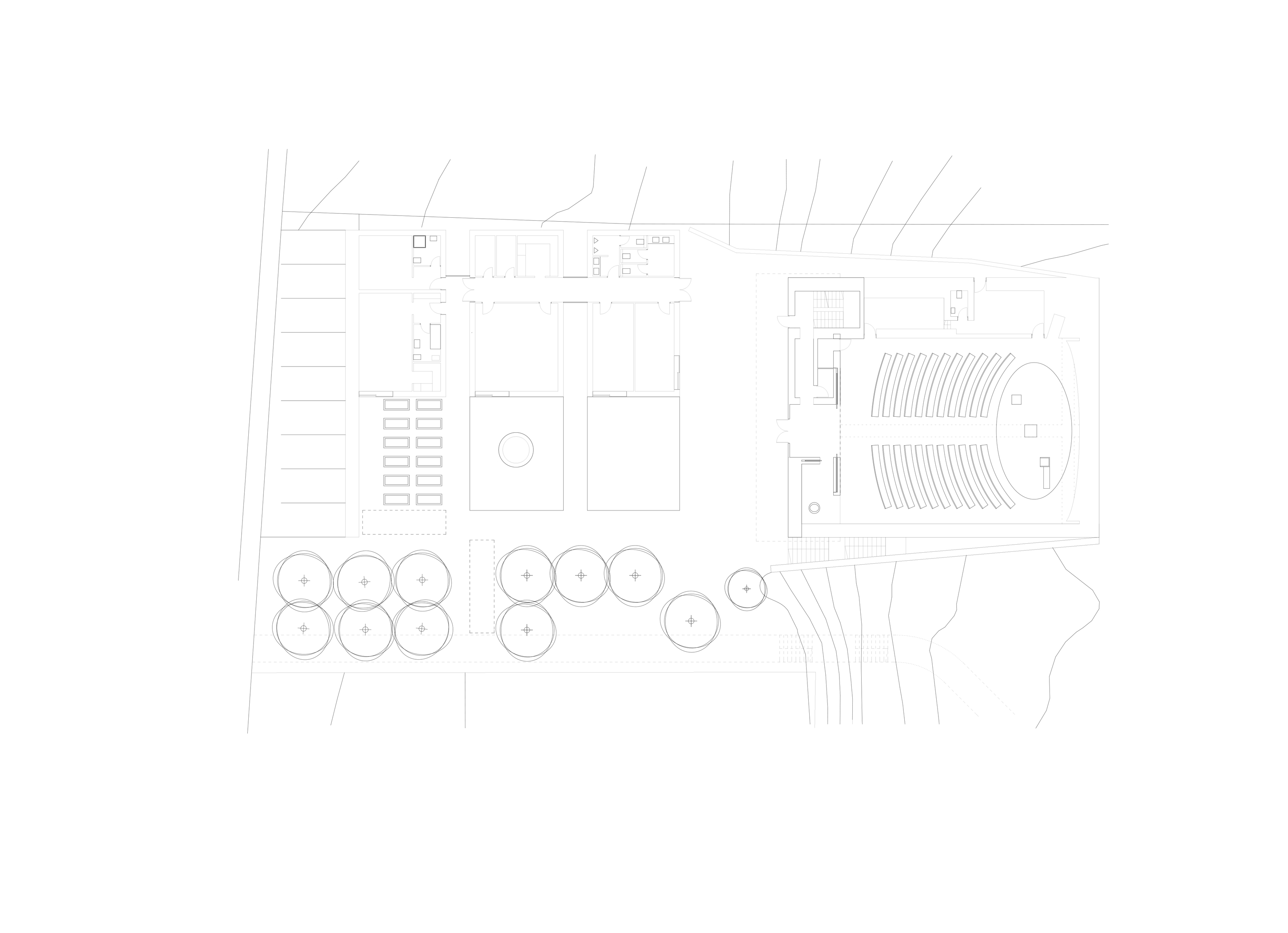 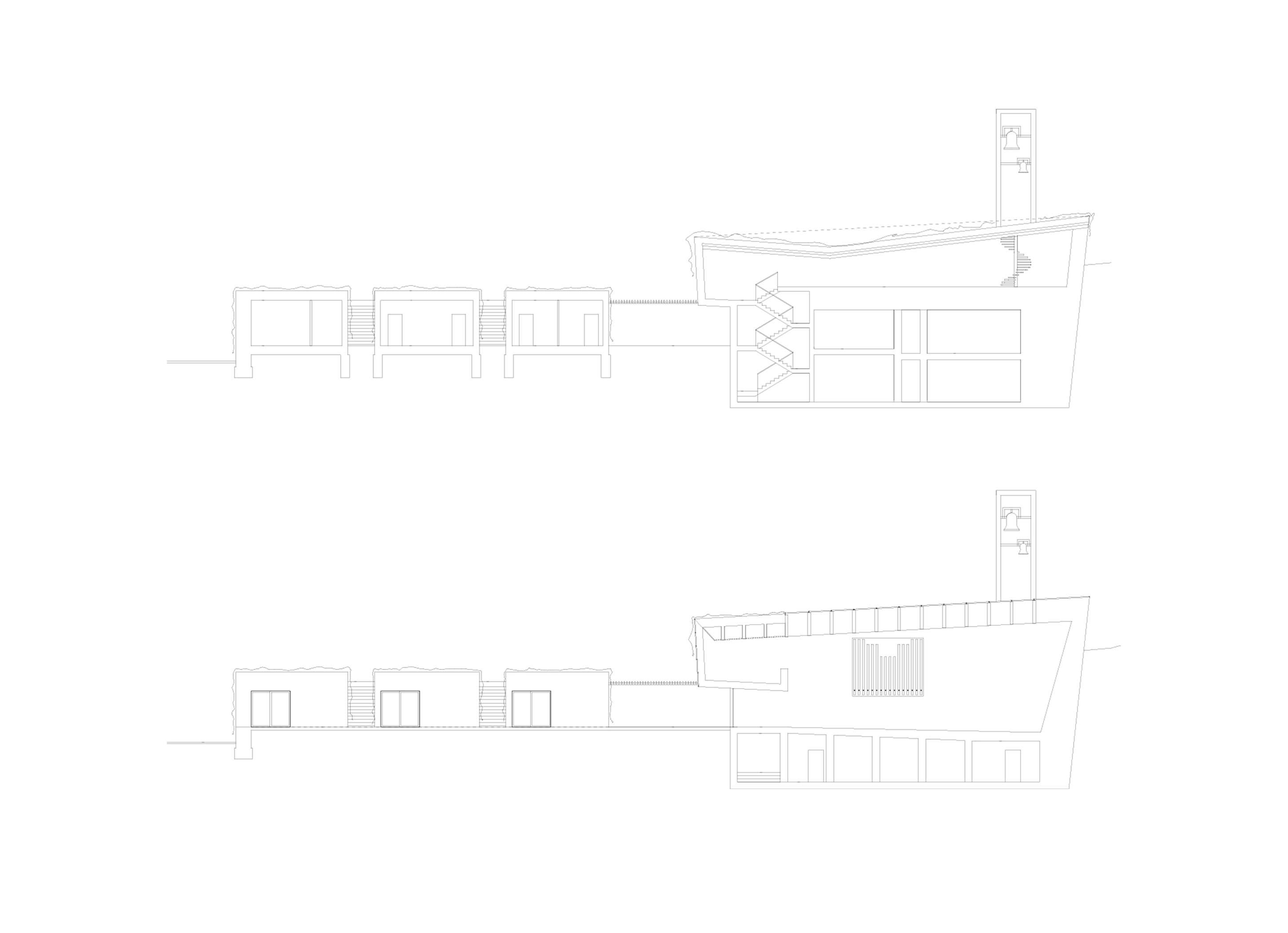 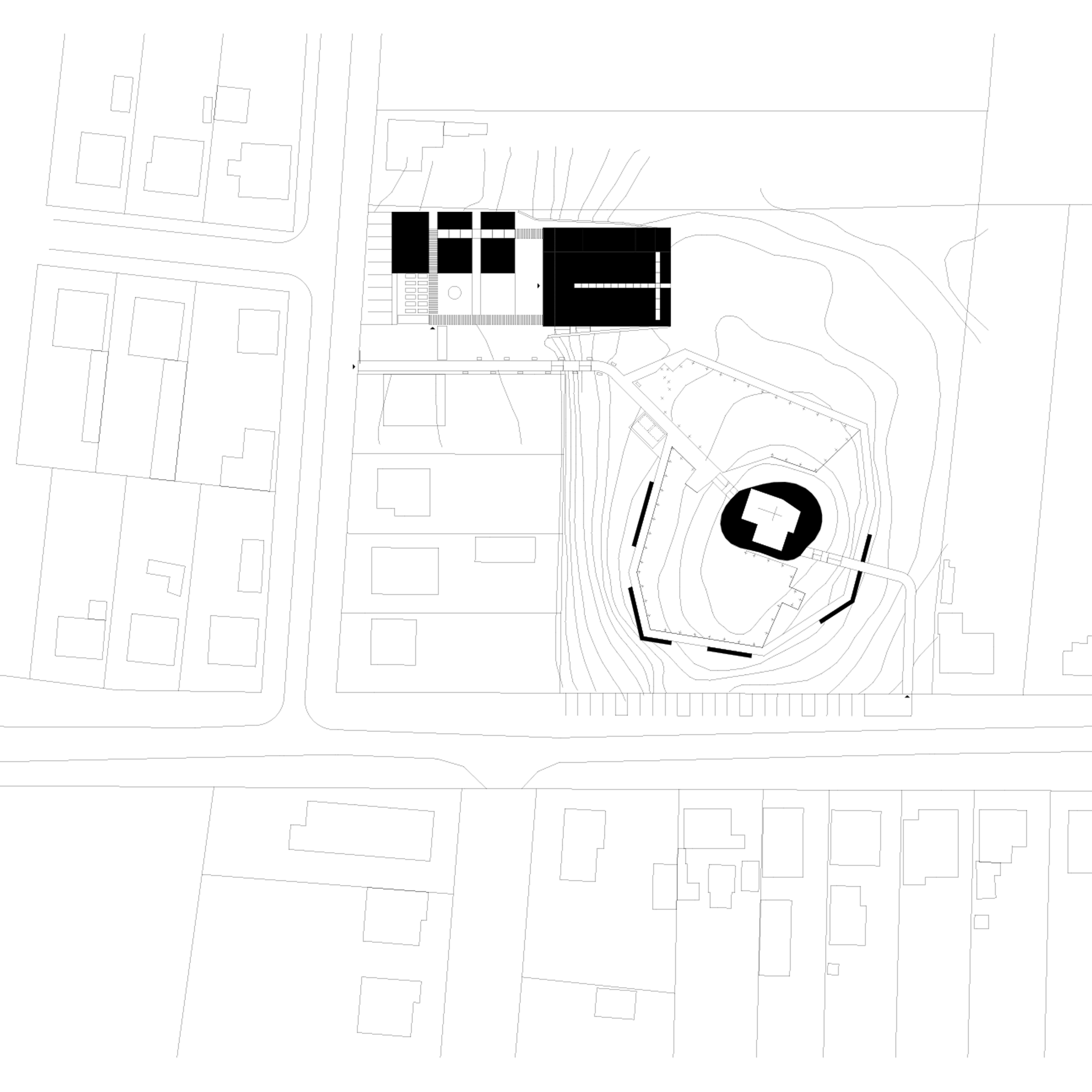