The concert hall is unique in its own way, bearing the characteristics of high culture, universal and local culture, and tradition all at the same time. The building is intended for all kinds of music, from Gregorian chant to modern or classical music – which goes to show the connection to the general/ordinary.The openness concealed within the abstract and, in parallel with this, the concrete suggested by the traditional are to be found in the many layers of music.Our building is like a symbol, displaying in architectural form the profundity of the figurative layers of music. Music is characterized by the rational principle of composing, which is accompanied by an irrational artistic layer, both of which appear in our building. The building is a simple cube – a rational base that has analogies in music. Its basic form acquires fluidity from two incisions, one of which sweeps skywards, while the other curves down to the neighbouring parkland. Meanwhile the irrational layer is reinforced by the wall cladding. The structure is defined by the regular, angular prism, softened by the irregular incisions that take account of the context of the locality. Beyond the transparent membrane (both blurred and crystal clear) are two main areas: the concert hall and the philharmonic’s block. The spaces in between are covered by curved ceiling panels, whose shaped contours overlap one another. The spaces created are soft, yet at the same time clean-cut, being defined by the perimeter of the building. The positive tension that exists between the regularity and unpredictability of music can be detected in the building’s interior, too. The glass façade of the concert hall is hard and uncompromising, but its feel is softened by the “gel-like” pattern of the glass inspired by Zsolnay motifs: the pattern renders the glass totally transparent in certain important places, yet blurred at other points. While the blurring evokes the ethereal quality of music, the dark-brown cube of the concert hall counters this floating sensation. 2006, design competition. 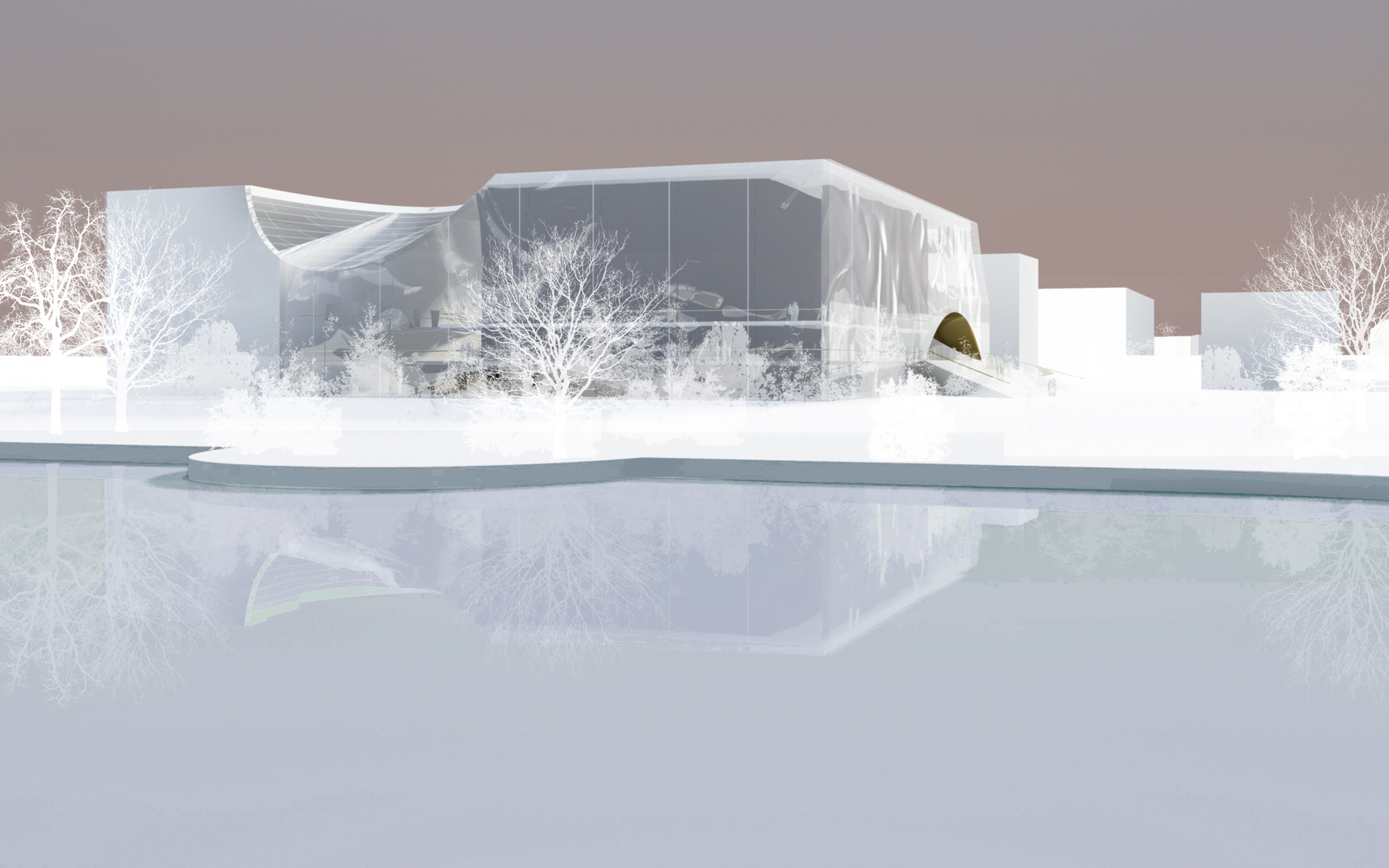 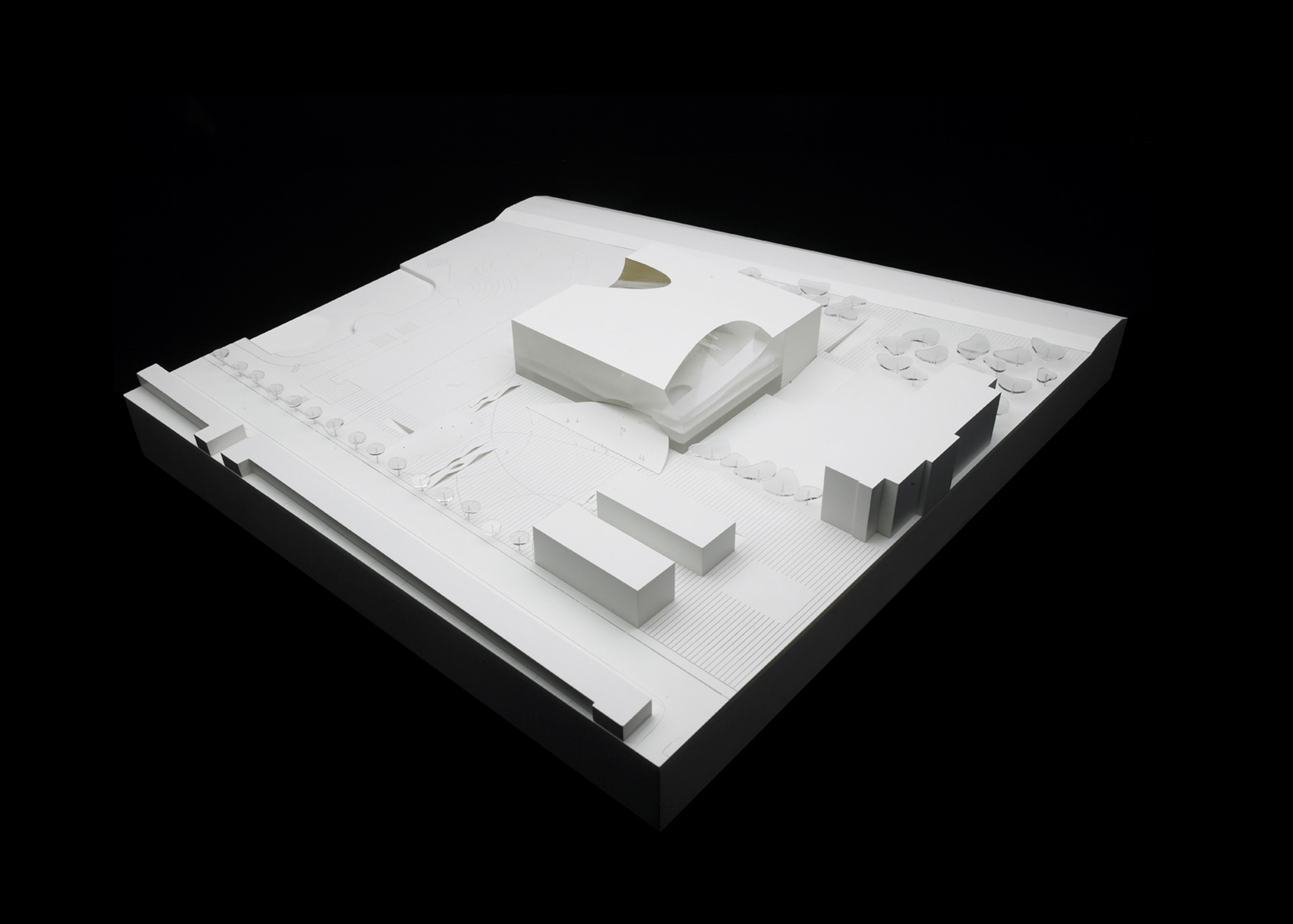 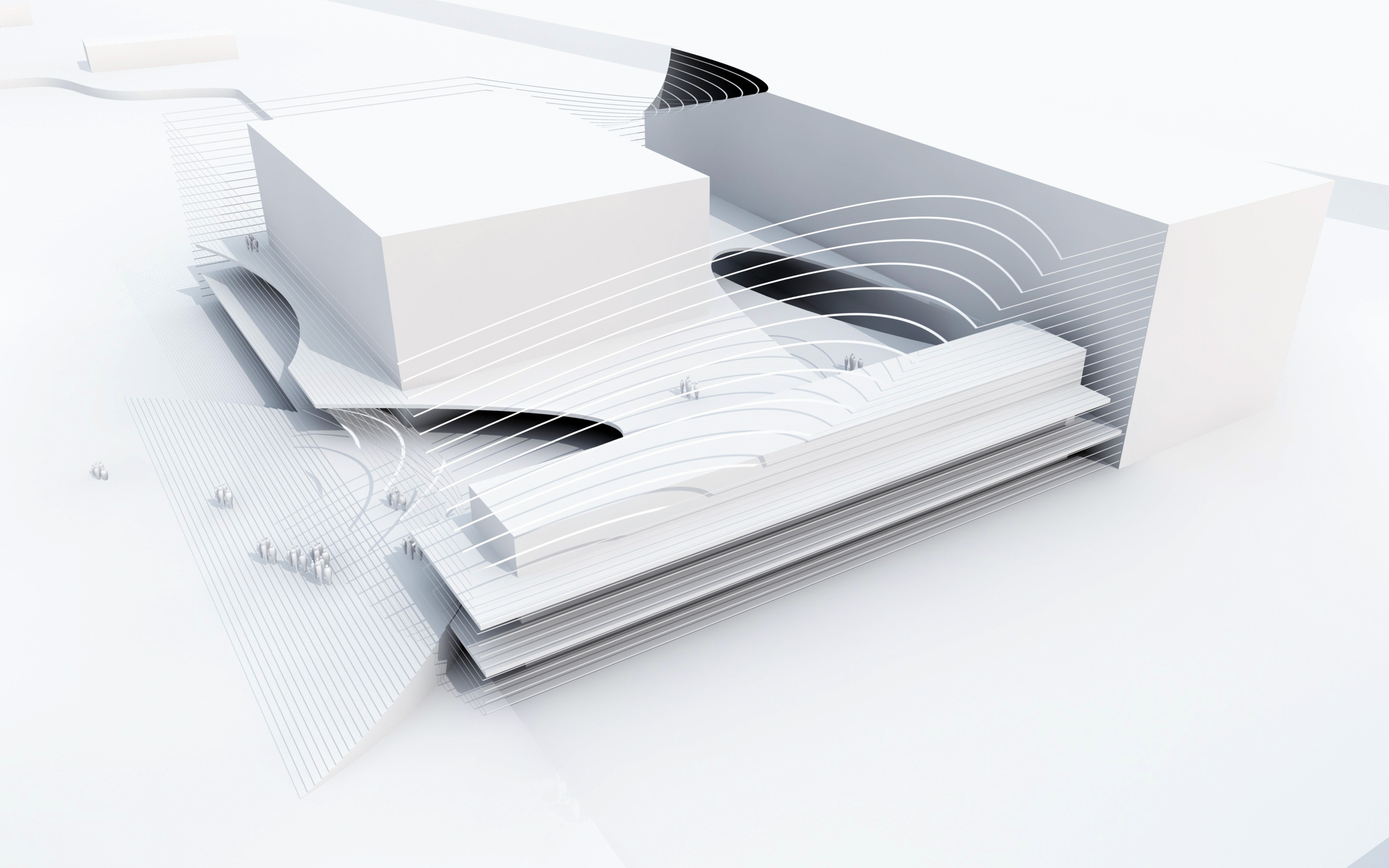 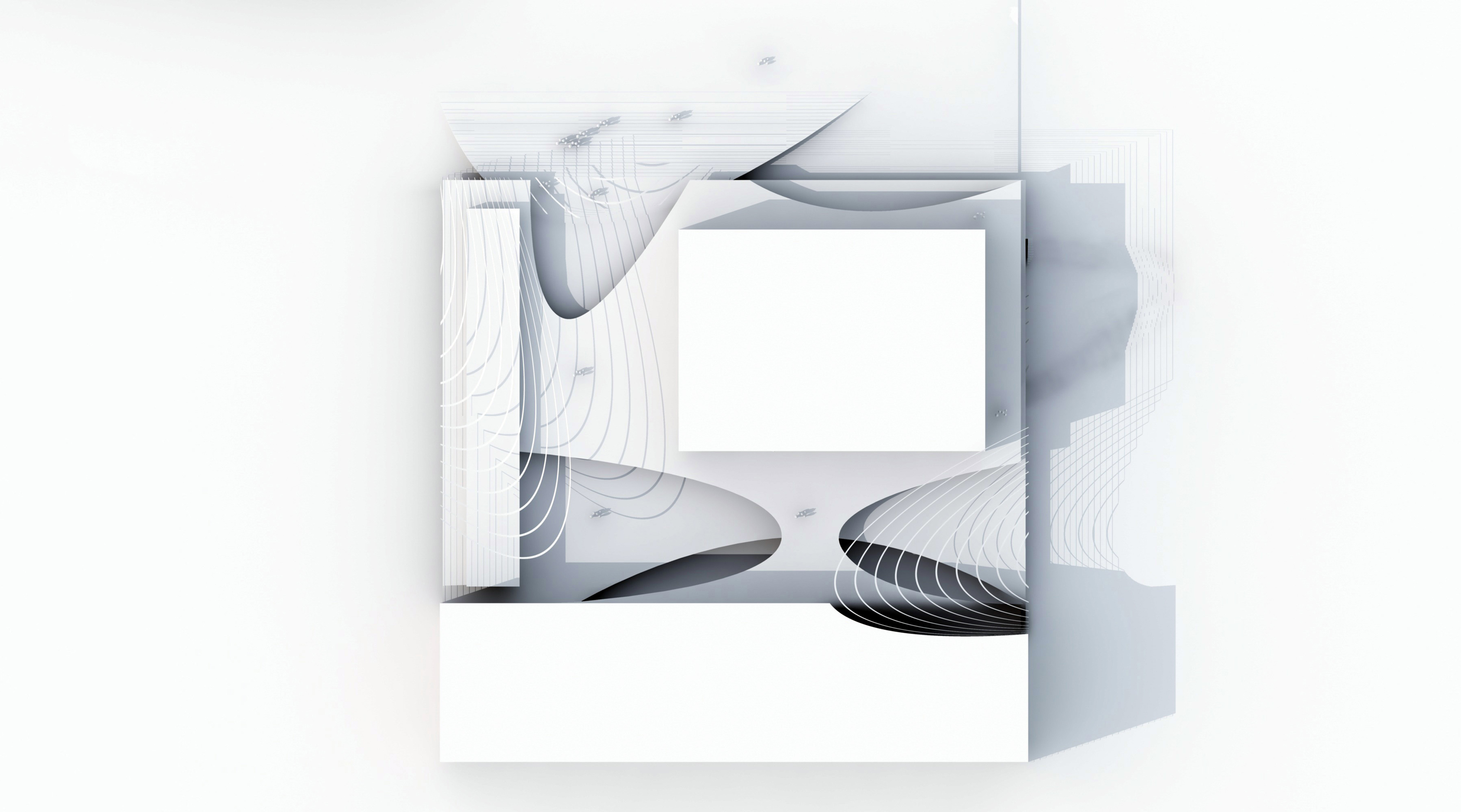 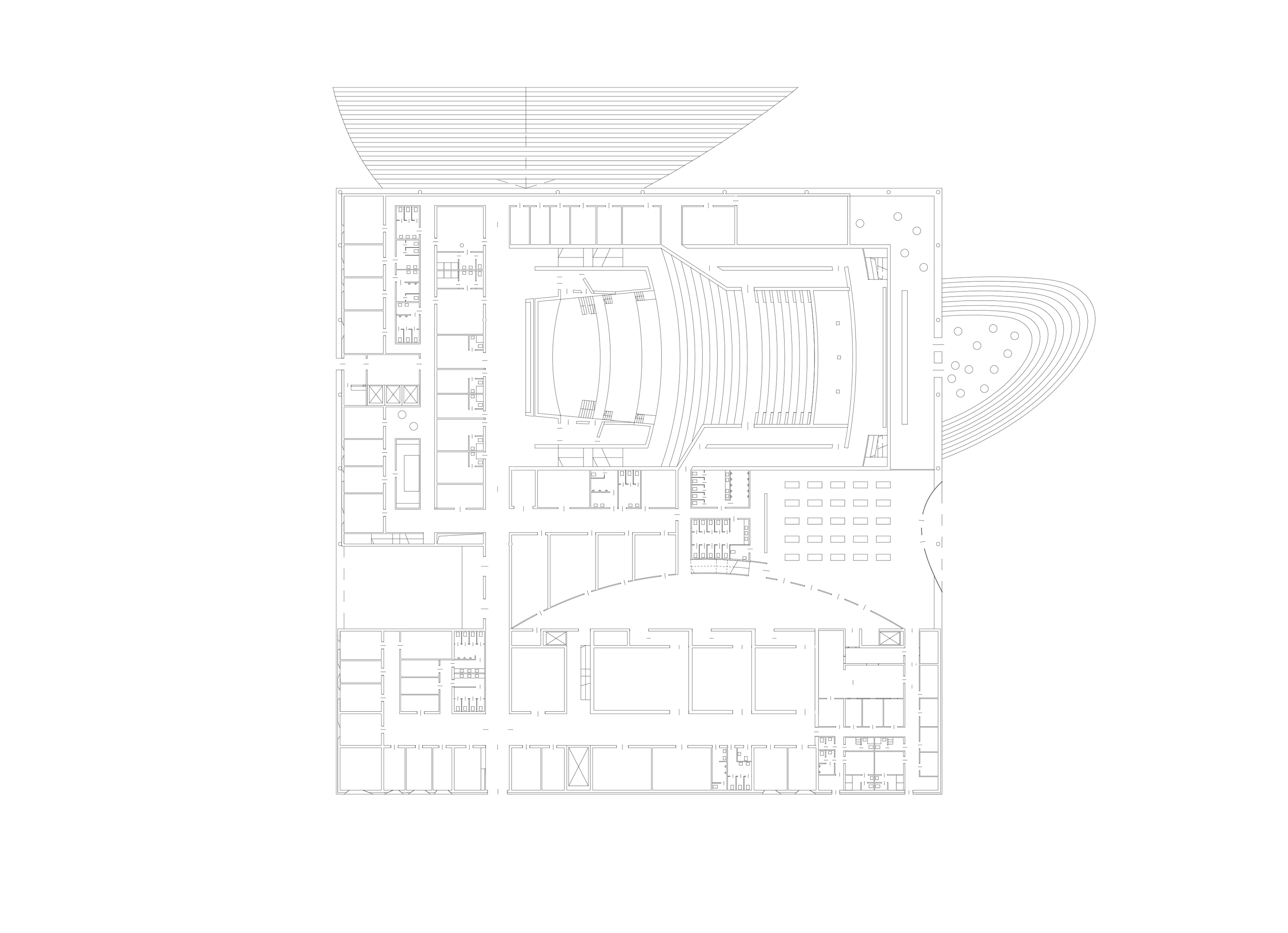 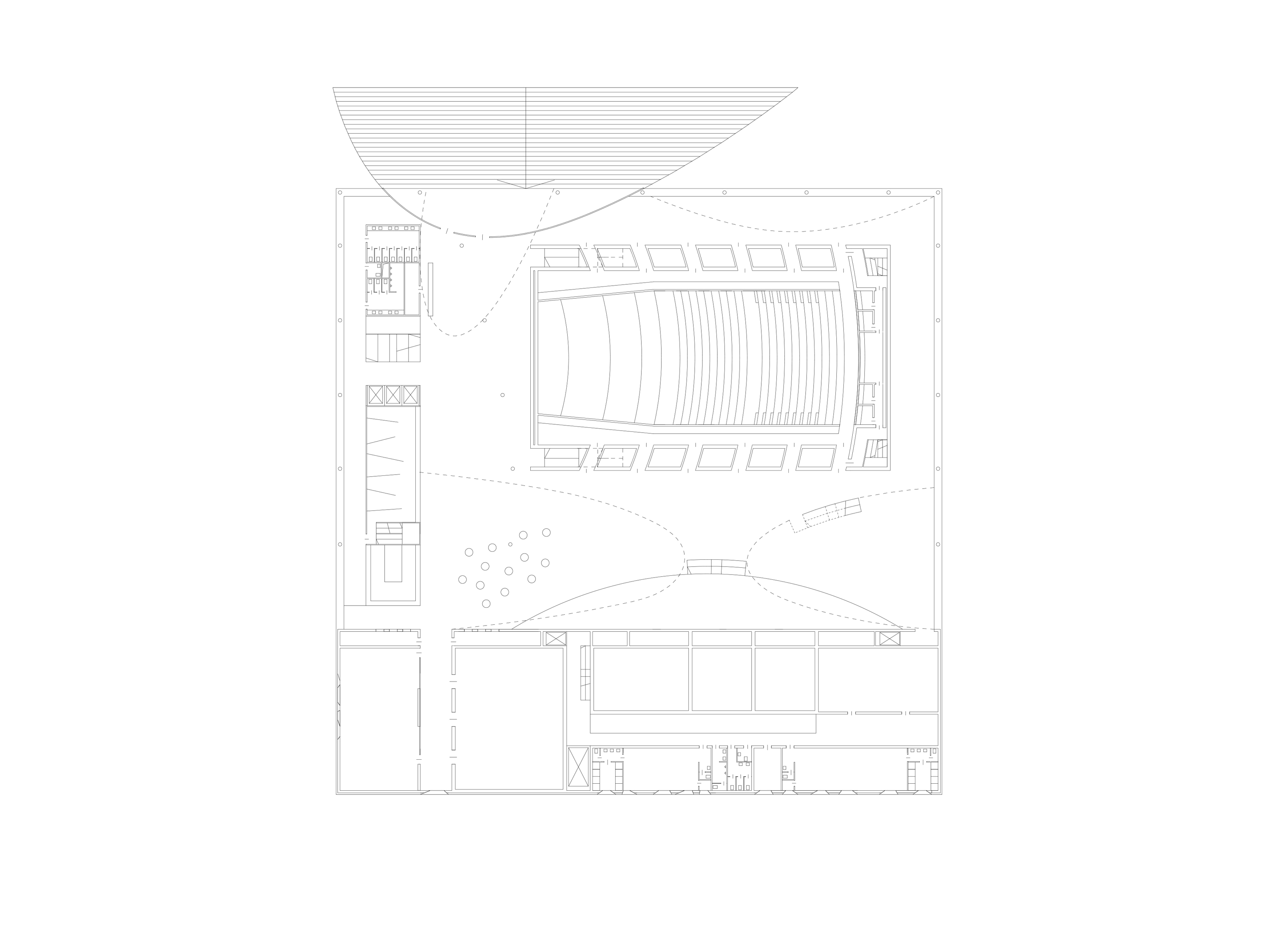 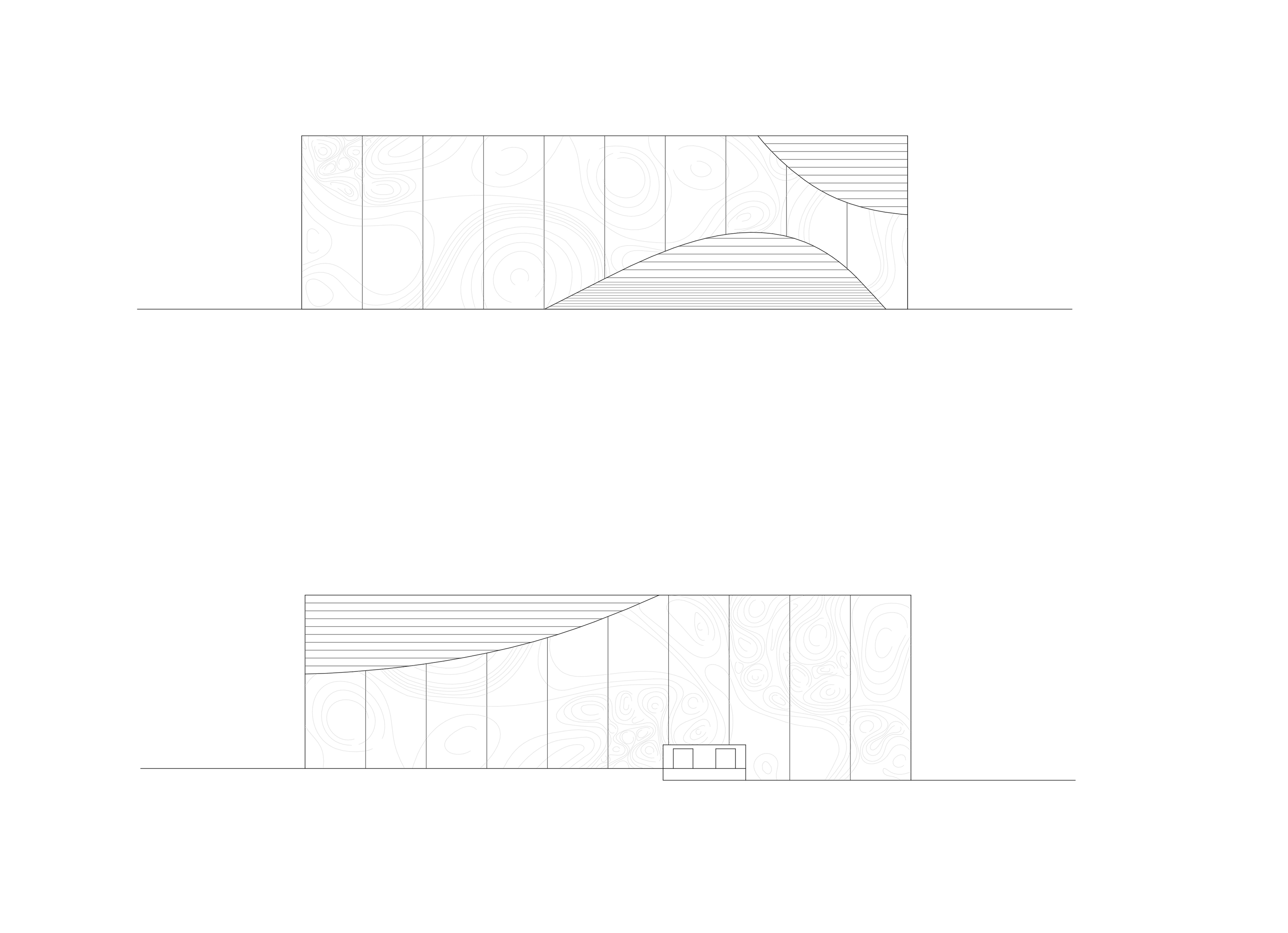 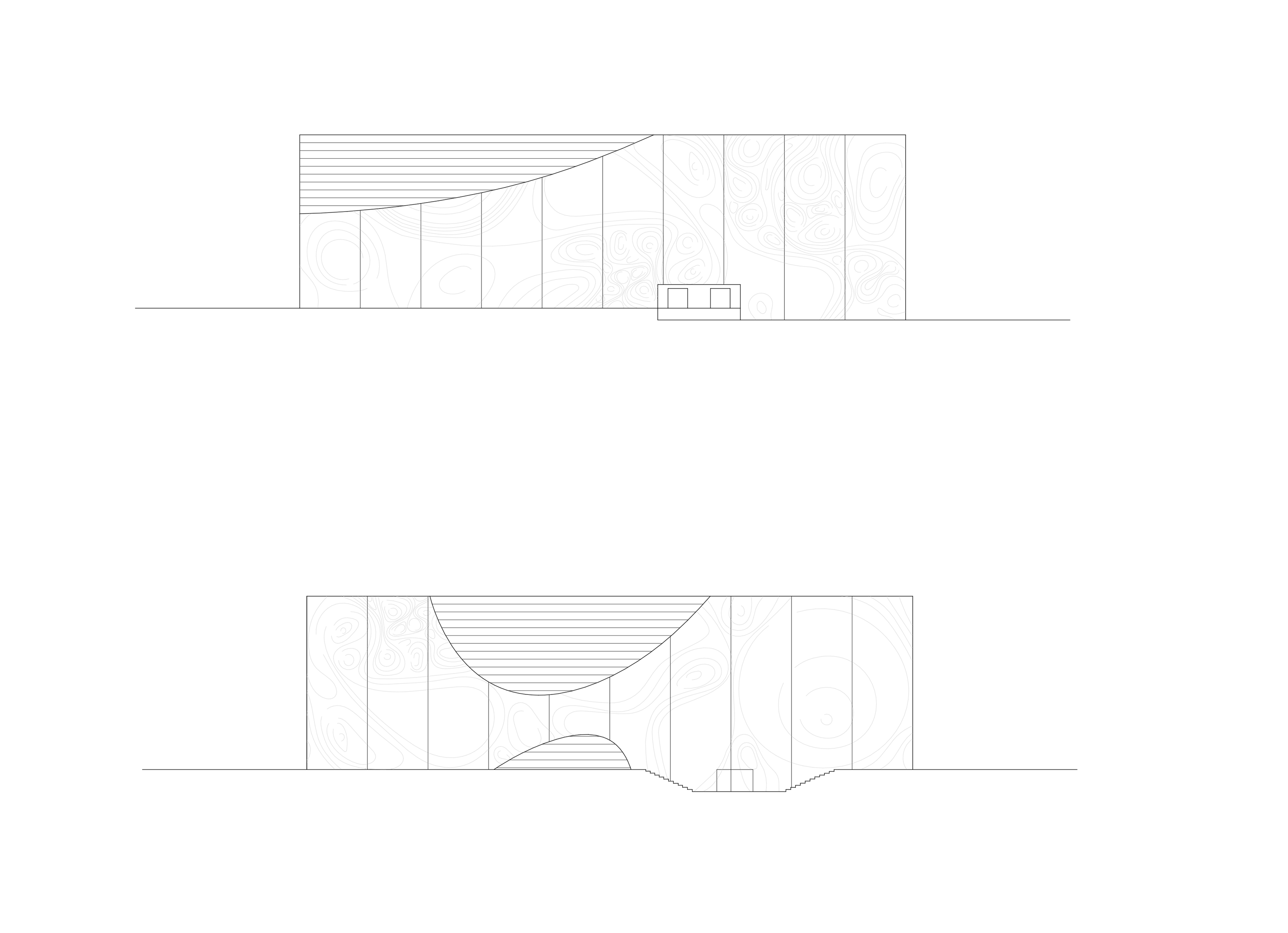 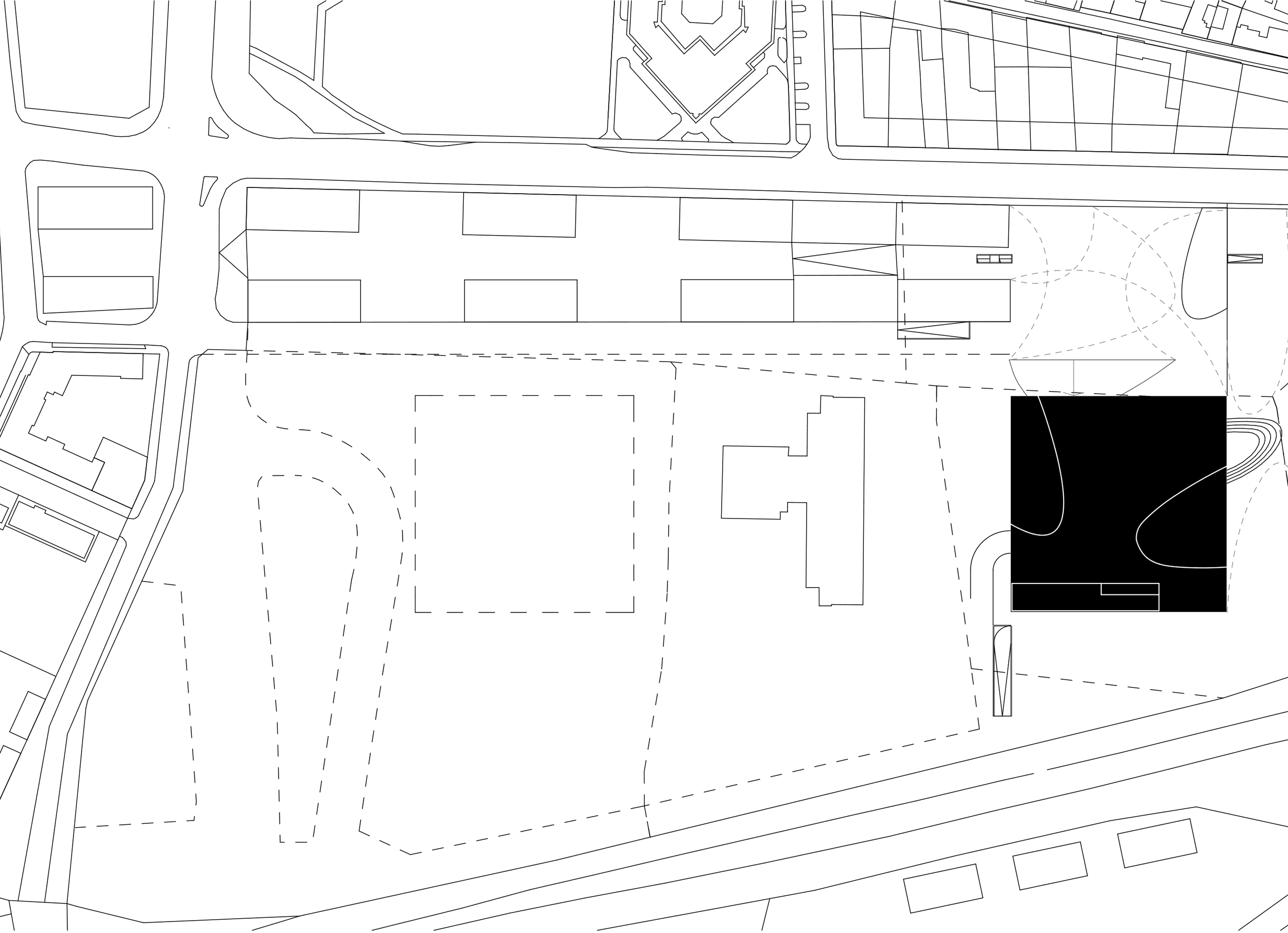