Hortobágy, its vastness is unimaginable; it can only be experienced in person. The magnitude of the space between settlements and homesteads creates a feeling of loneliness and vulnerability. Between 1950 and 1953, families deported from their homes experienced this exposure in the Hortobágy labour camps. They were destined for an animal fate, housed in sheepfolds, penniless and scared as they worked the fields. We wanted to create a building that was compatible with the wilderness and reflected the first impressions of the deported. Thus, the sheepfold became the target of our research. The barn as a basic experience has been transformed in our project. It has changed its dimension and, with its new, unusual size, it appears as an abstract object in the landscape. The ‘profane’ functions have been separated from the memory function, the buildings placed in this way do not form a unit, however, they do so compositionally. A series of exhibition spaces are located in the underground part of the building, with a long ramp leading down to them. According to our concept, its size and strangeness lend themselves well to underground installation. As a result, the appearance of the natural landscape is not disturbed. At the memorial site, there are 12 crosses erected for remembrance, which represent the 12 camps. The top level of the roof is the lookout area. 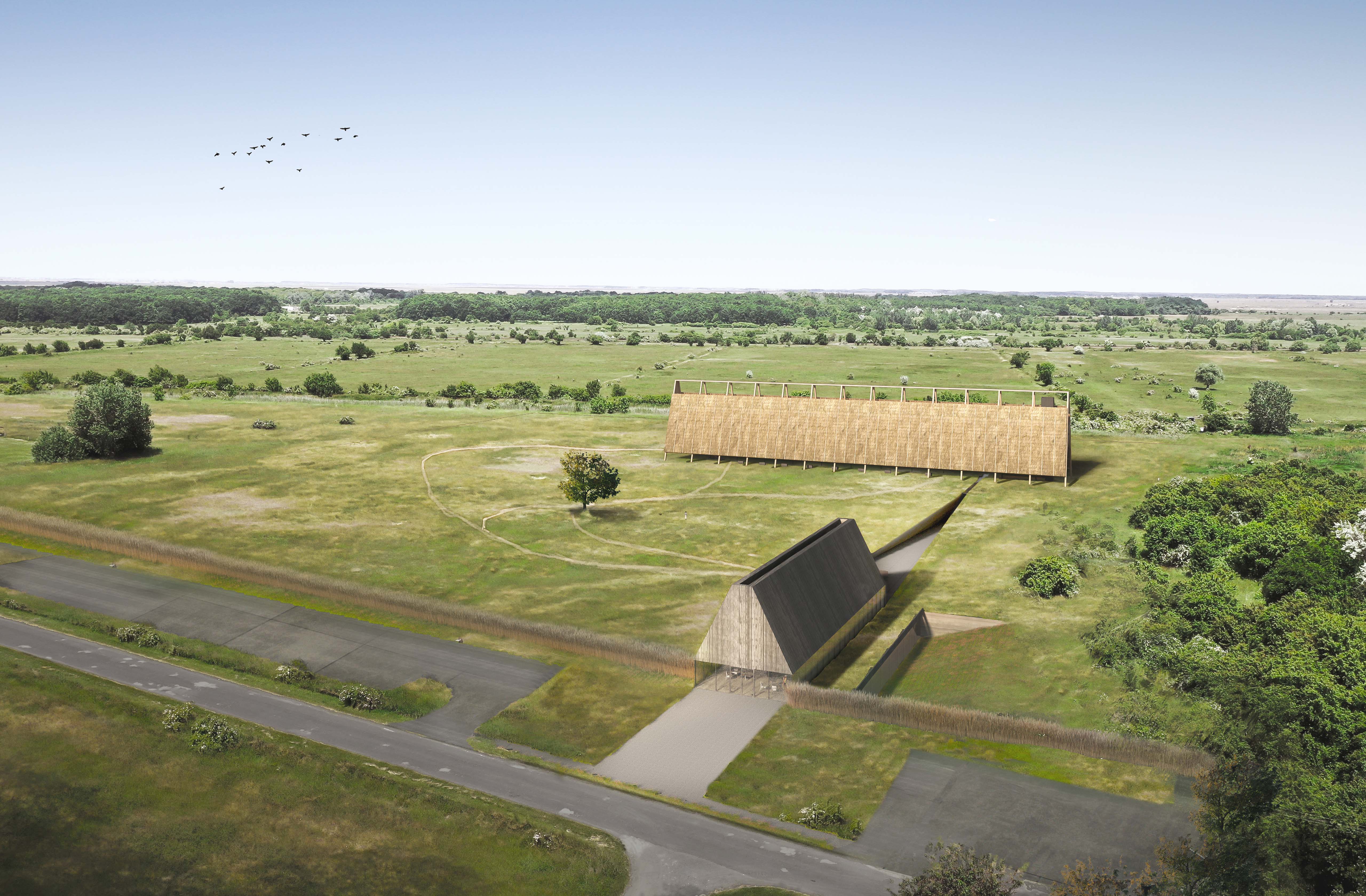 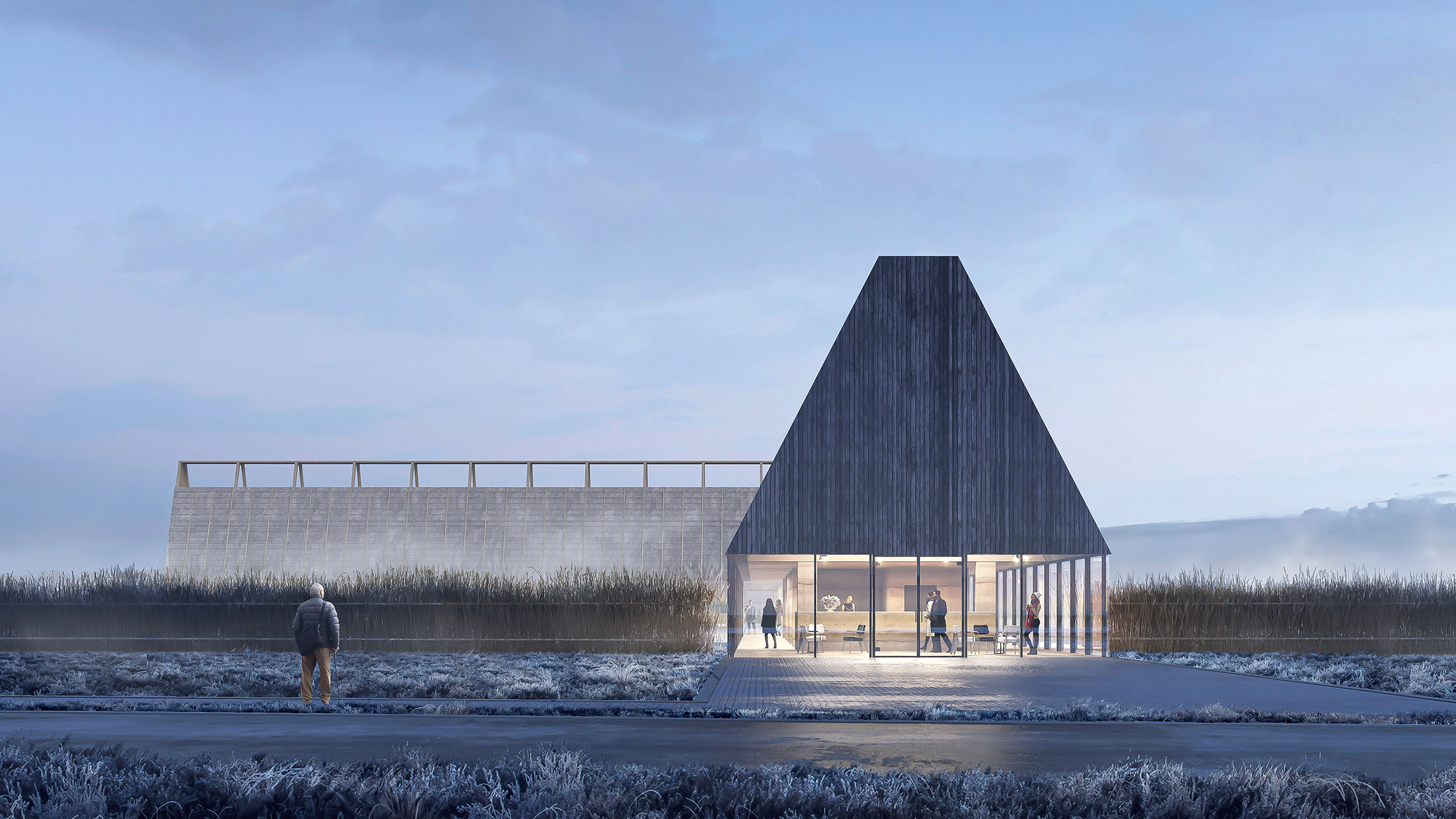 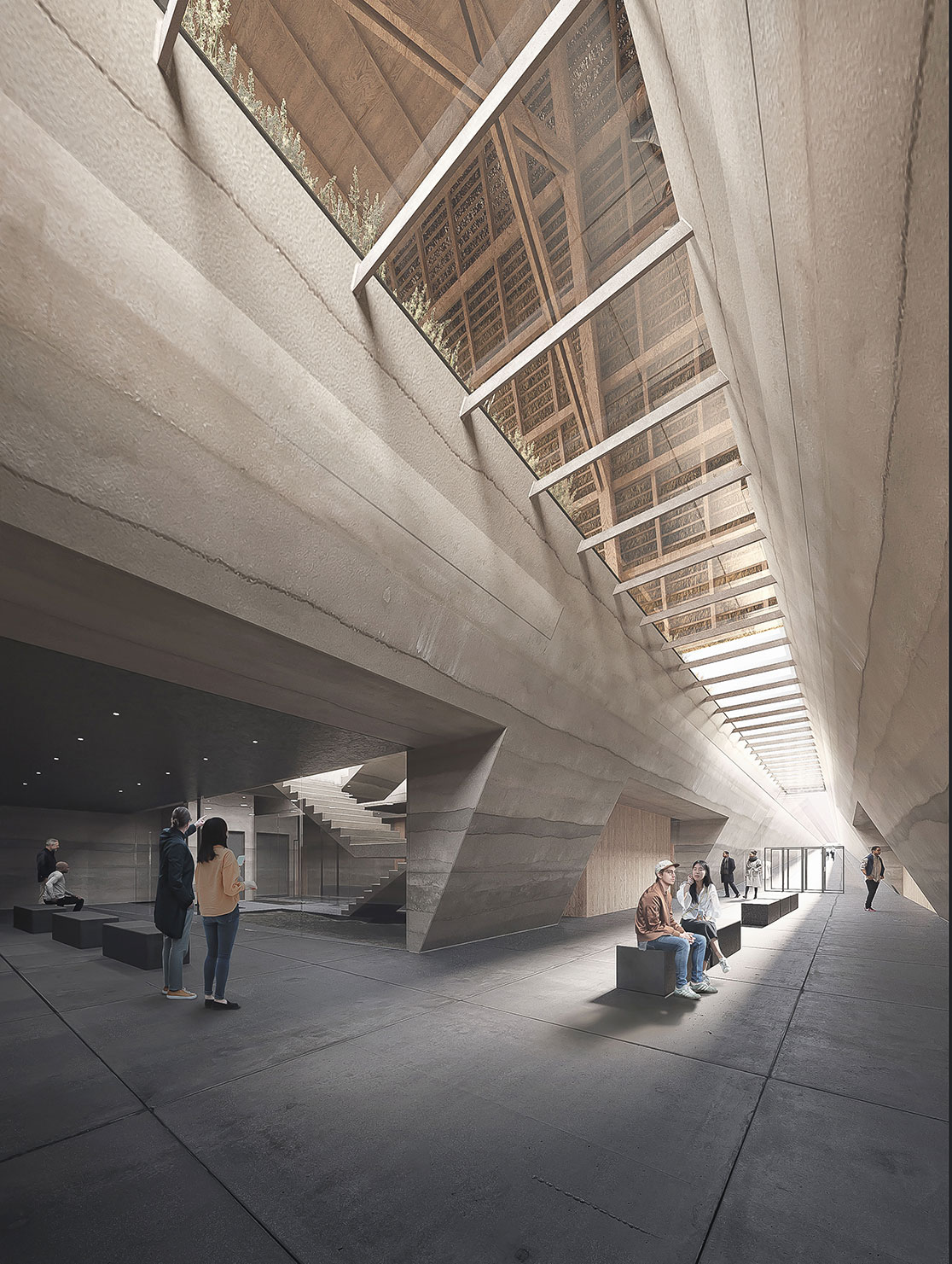 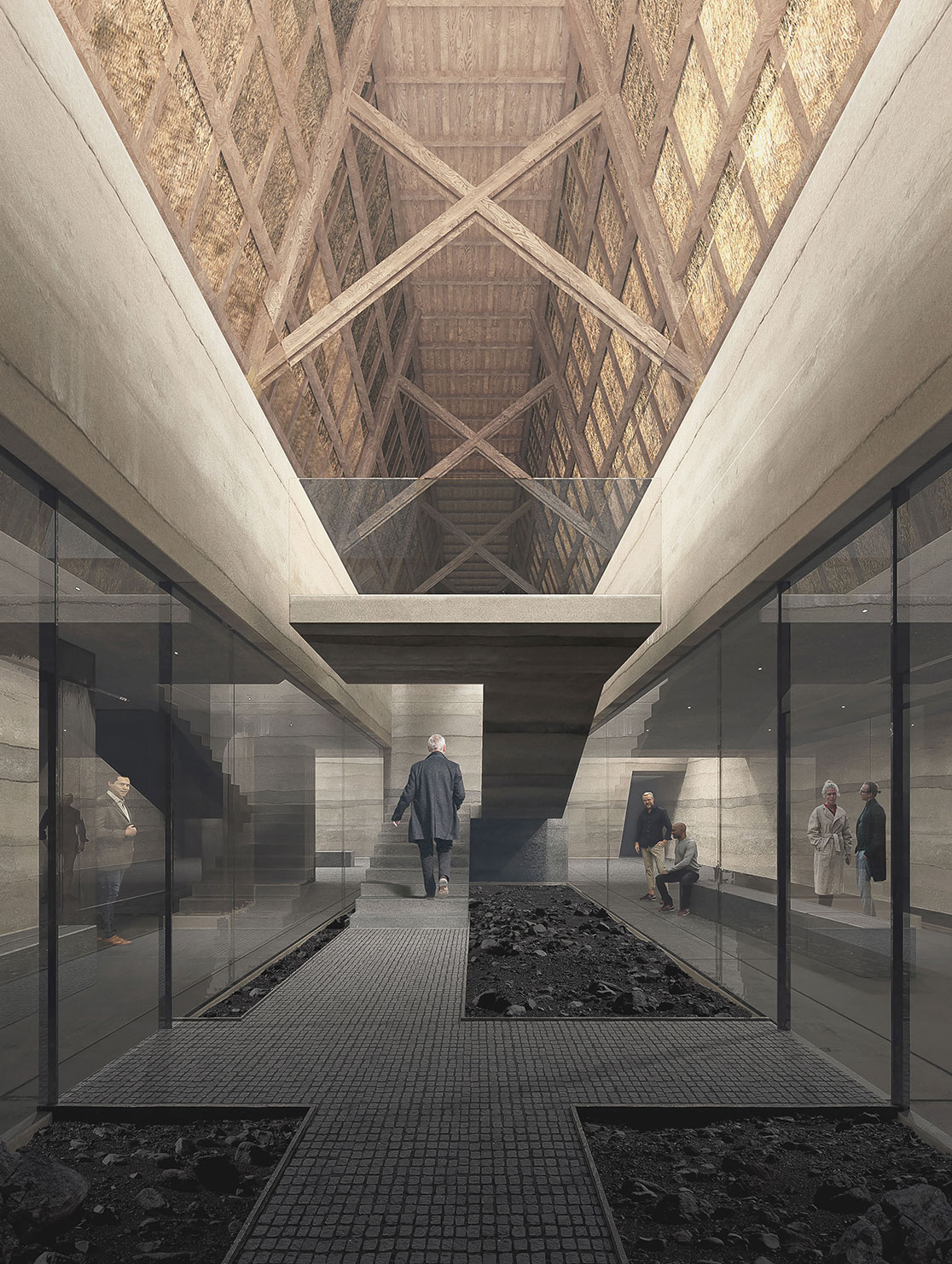 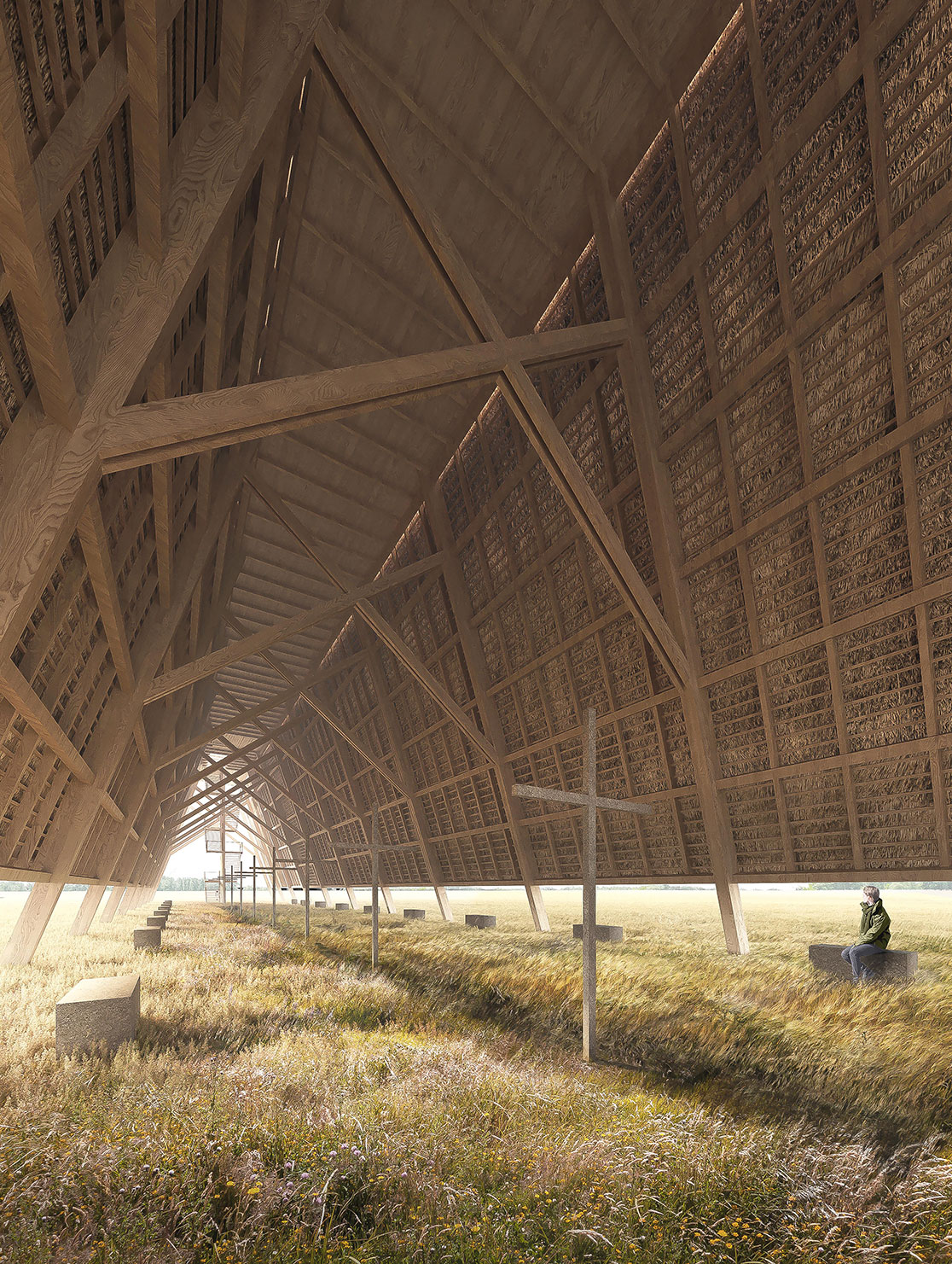 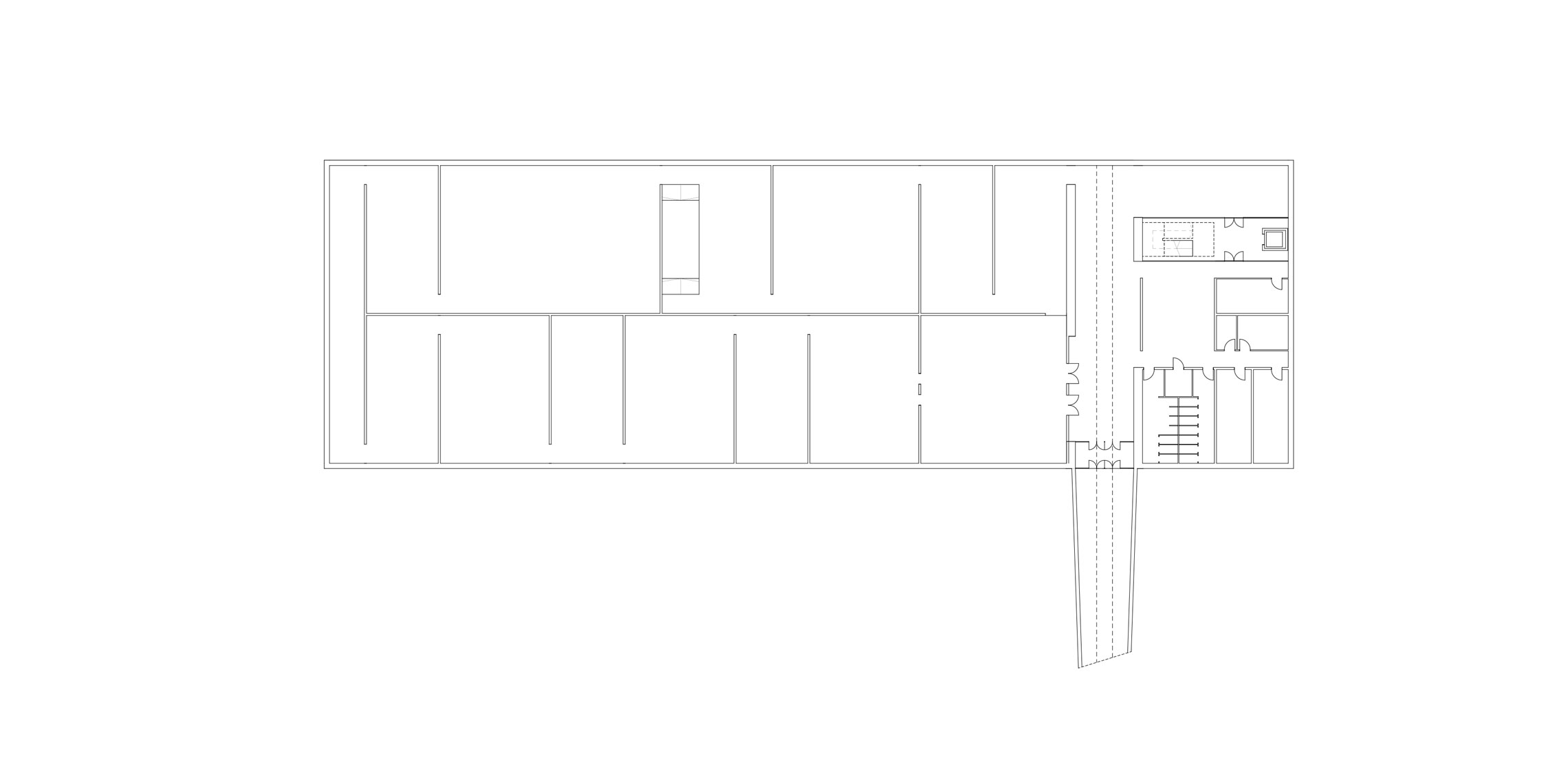 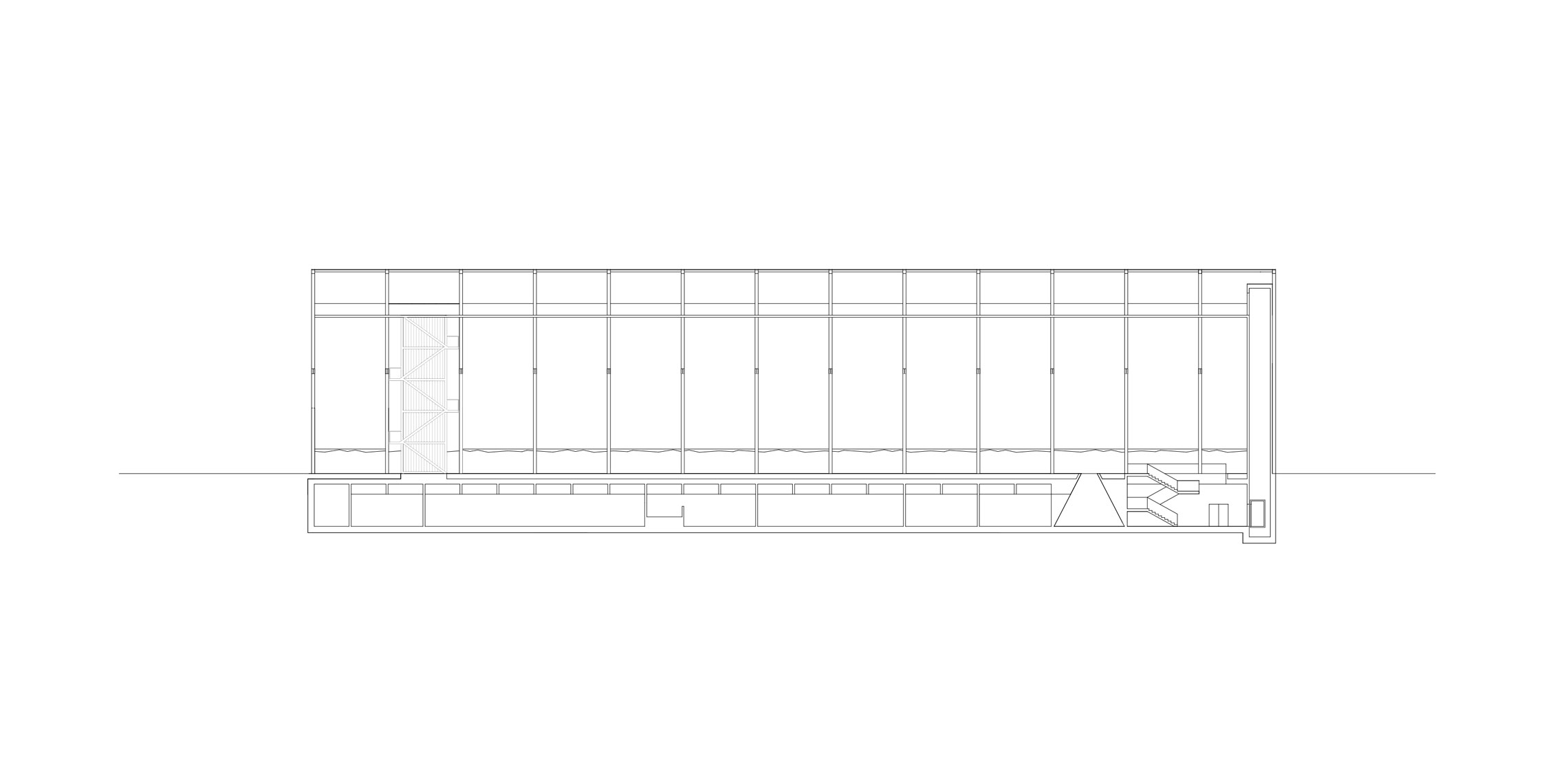 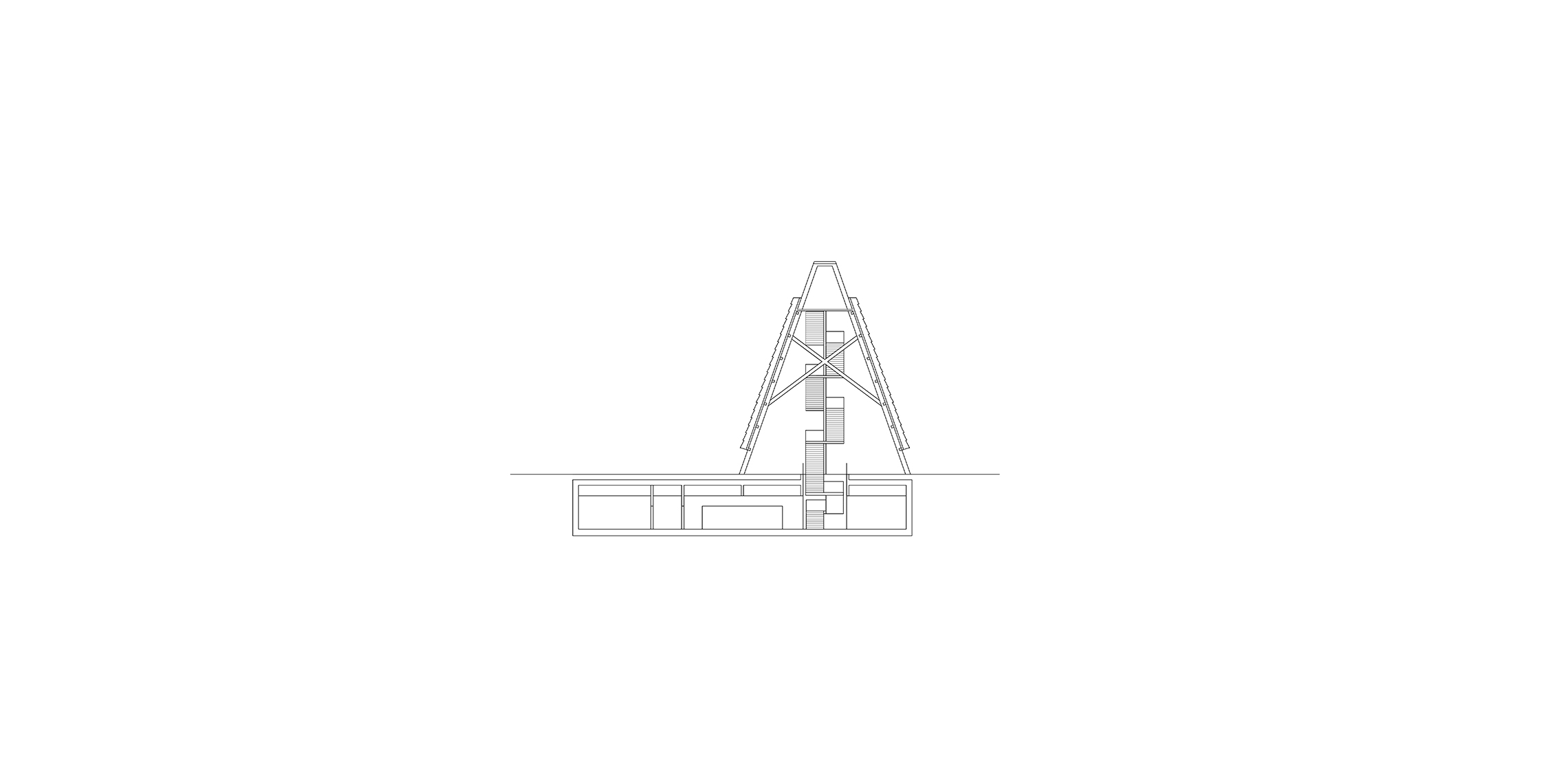 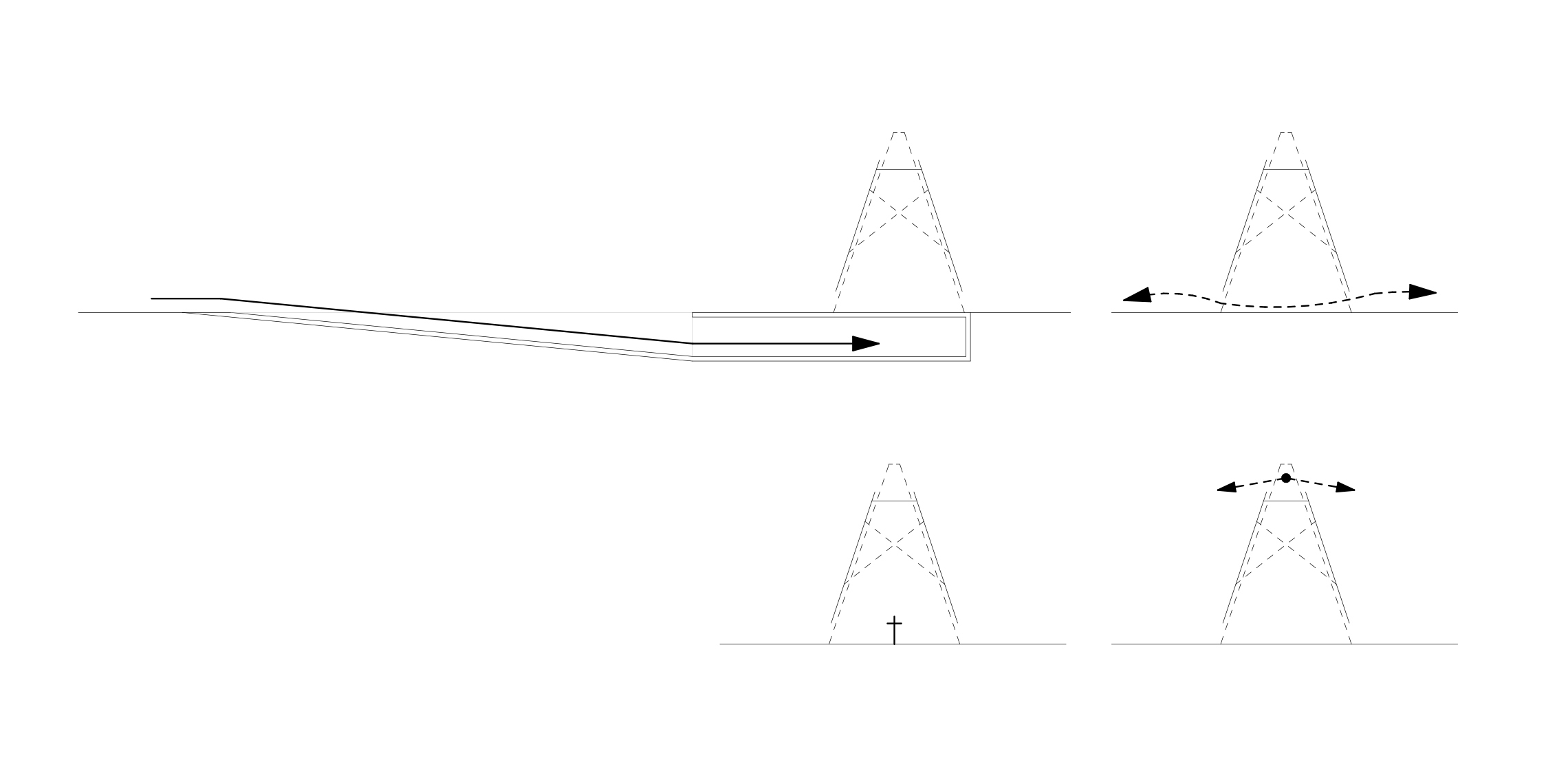 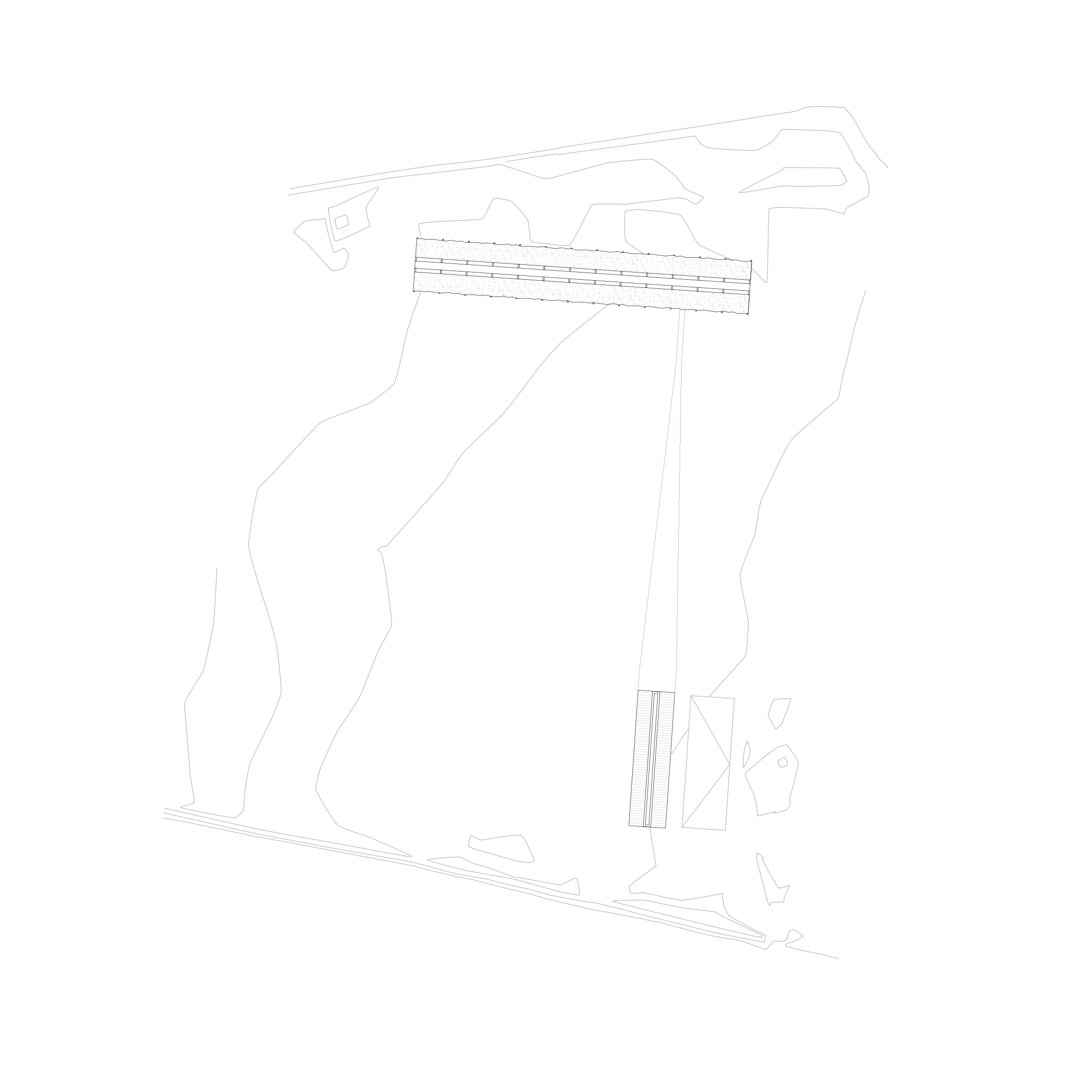