The aim of the project was to expand the building of the Kós Károly Vocational School built in the 1970s with new classrooms, a new gym and a separate building housing workshops. The main challenge of the design was how to create a balance between the already existing building and the newly designed extentions. The existing school building becomes part of the new ensemble, as the new building is organically rooted in the old. The additions continue in the spirit of the existing building while creating a small urban universe. The walkway passing through the town connects directly to the pedestrian path located along the northern side of the school. The positioning of the new buildings resulted in the creation of an urban situation with real walls. The promenade between the school and the area housing the workshops, the kitchen and the canteen is covered by a gate-like structure, that also serves to house the library. This canopy indicates the main entrance of the school, but it also serves as an outdoor assembly space in a school that has so far been characterized by a lack of external and internal community spaces. The lobby, located in the centre of the main entrance, represents the heart of the institution: it joins together the old and the newly added school wings, while at the same time connecting the courtyard that is protected by buildings and is adjacent to the gym. The latter is largely sunk into the ground making the spectators’ area easily reachable from the main entrance level. On the flat roof of the gym there is a courtyard directly connected to the classrooms. While the old and the new wings housing the classrooms have brick exteriors, the workshops have a more industrial look: the series of curved metal plates pay tribute to the industrial profile of the vocational school. The strategically placed dark bands in places cover the windows, and in other places do not. They form a sort of membrane, thanks to the orange and white contrasting colours showing from behind. 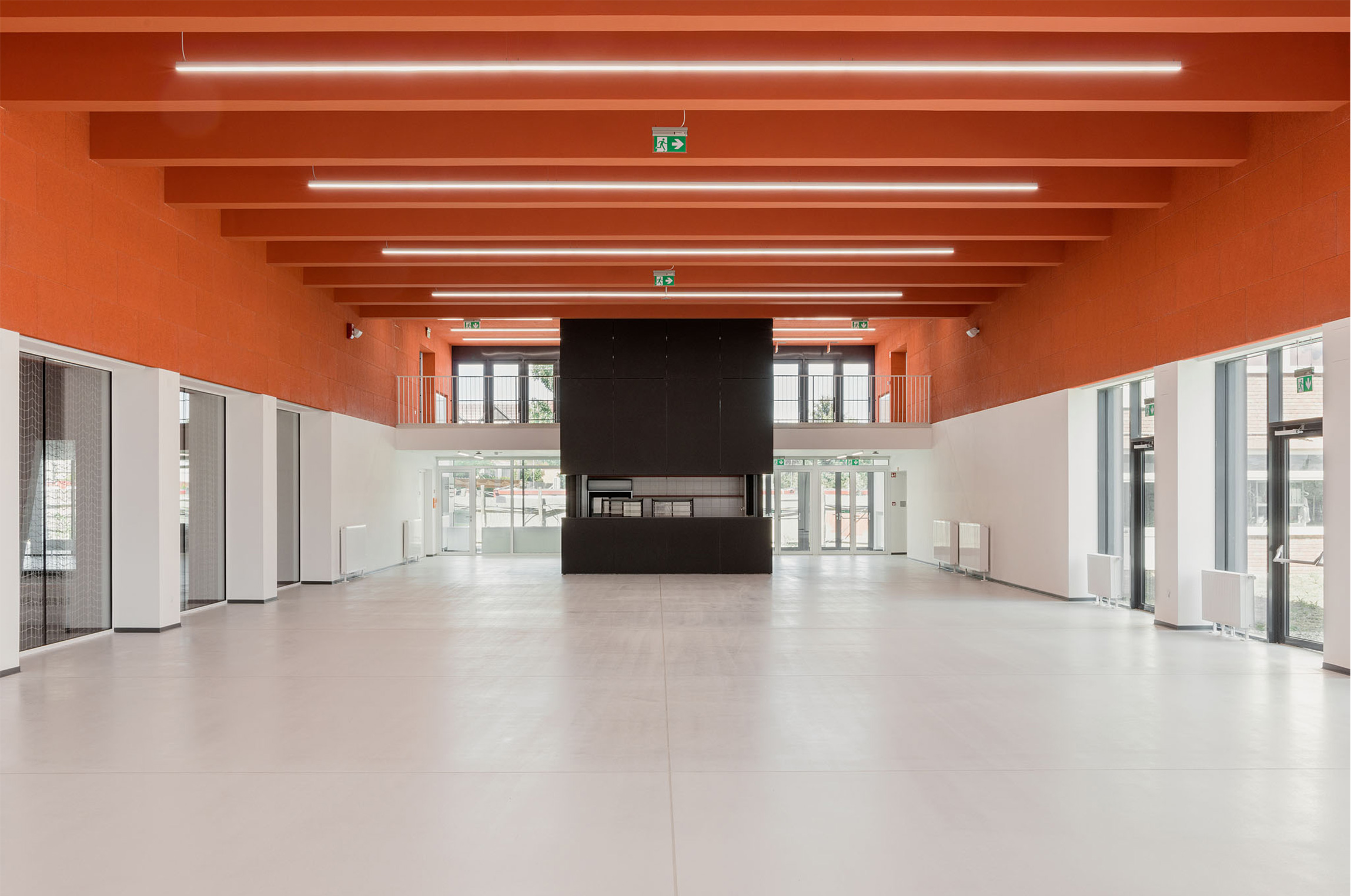 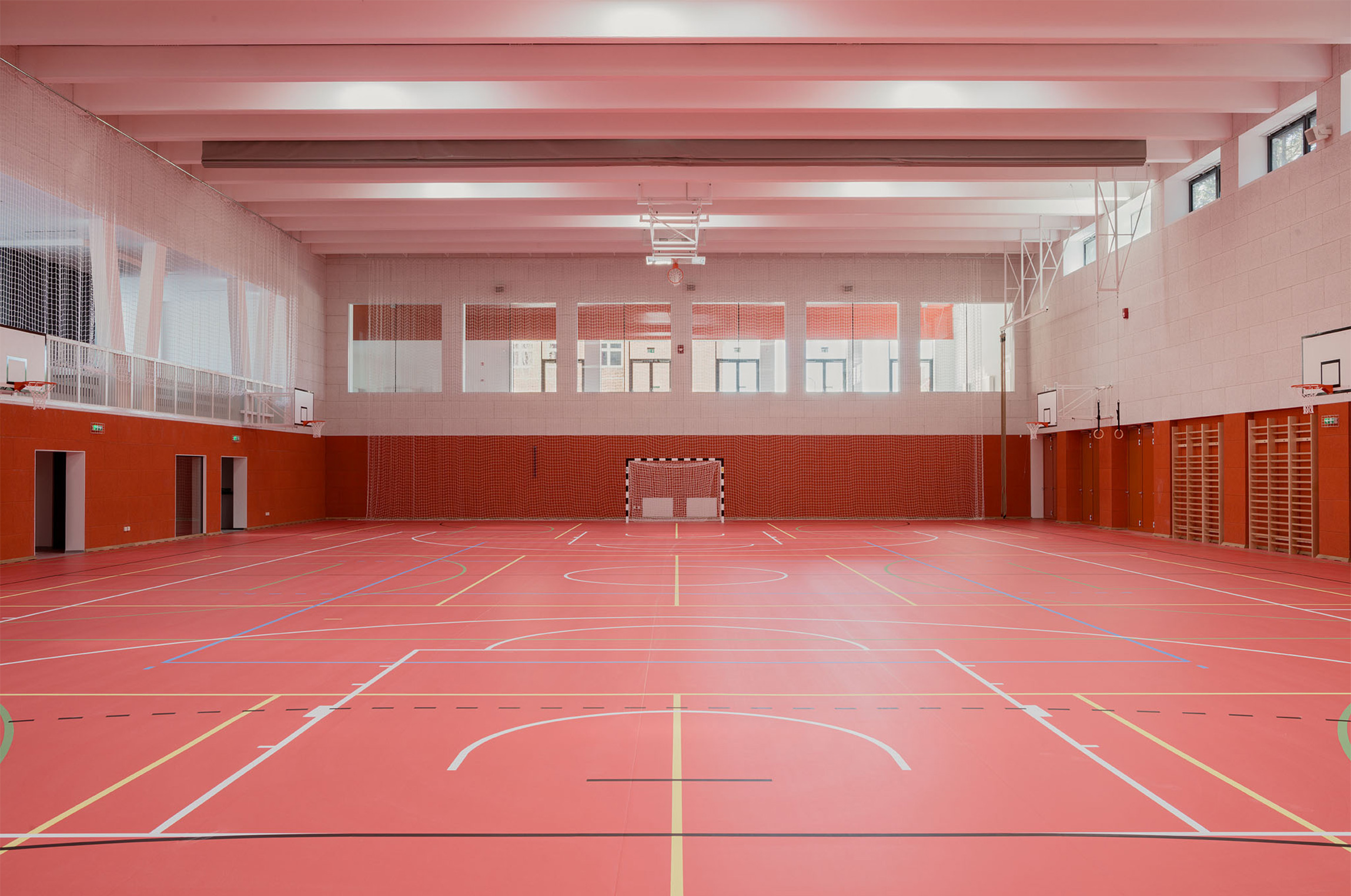 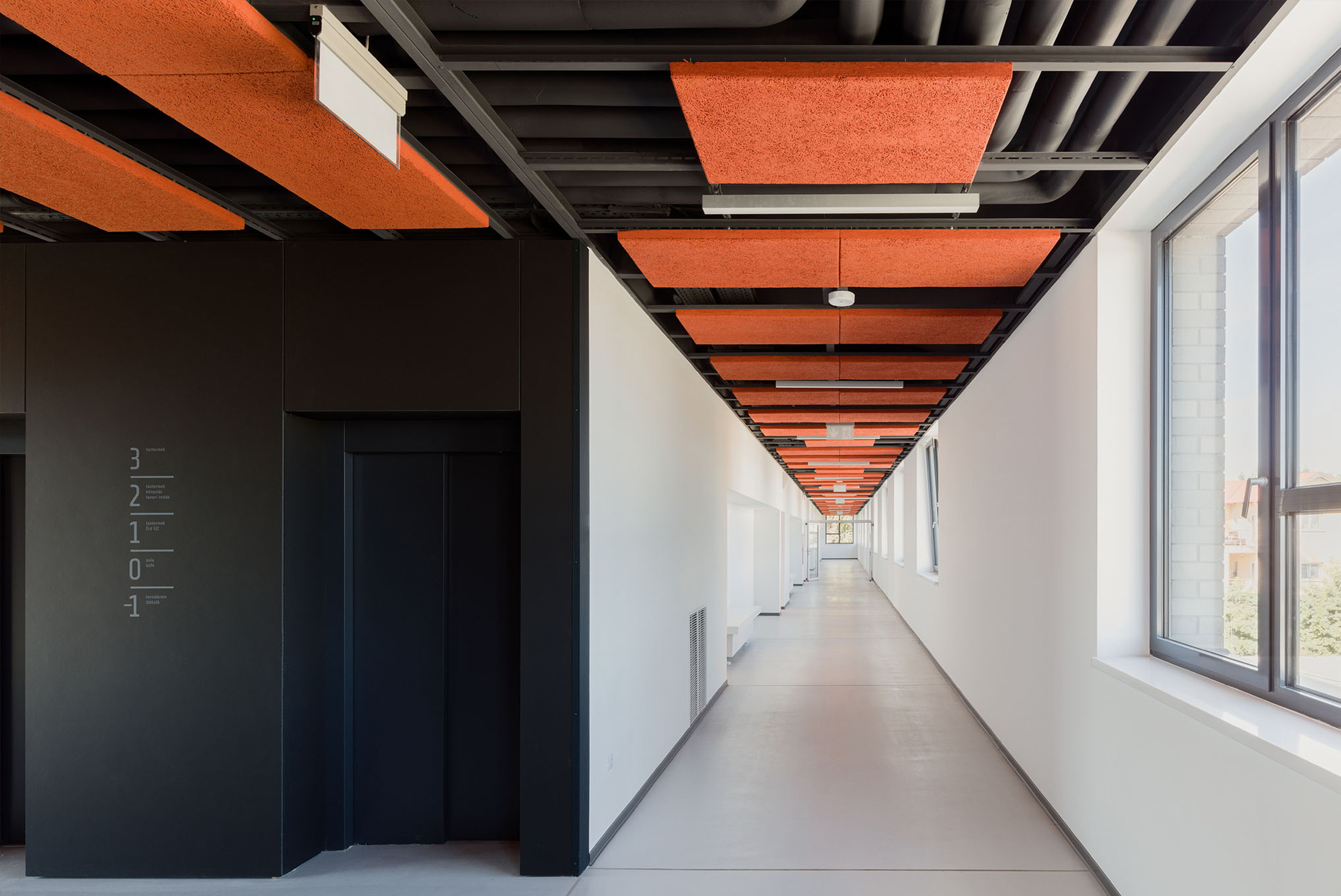 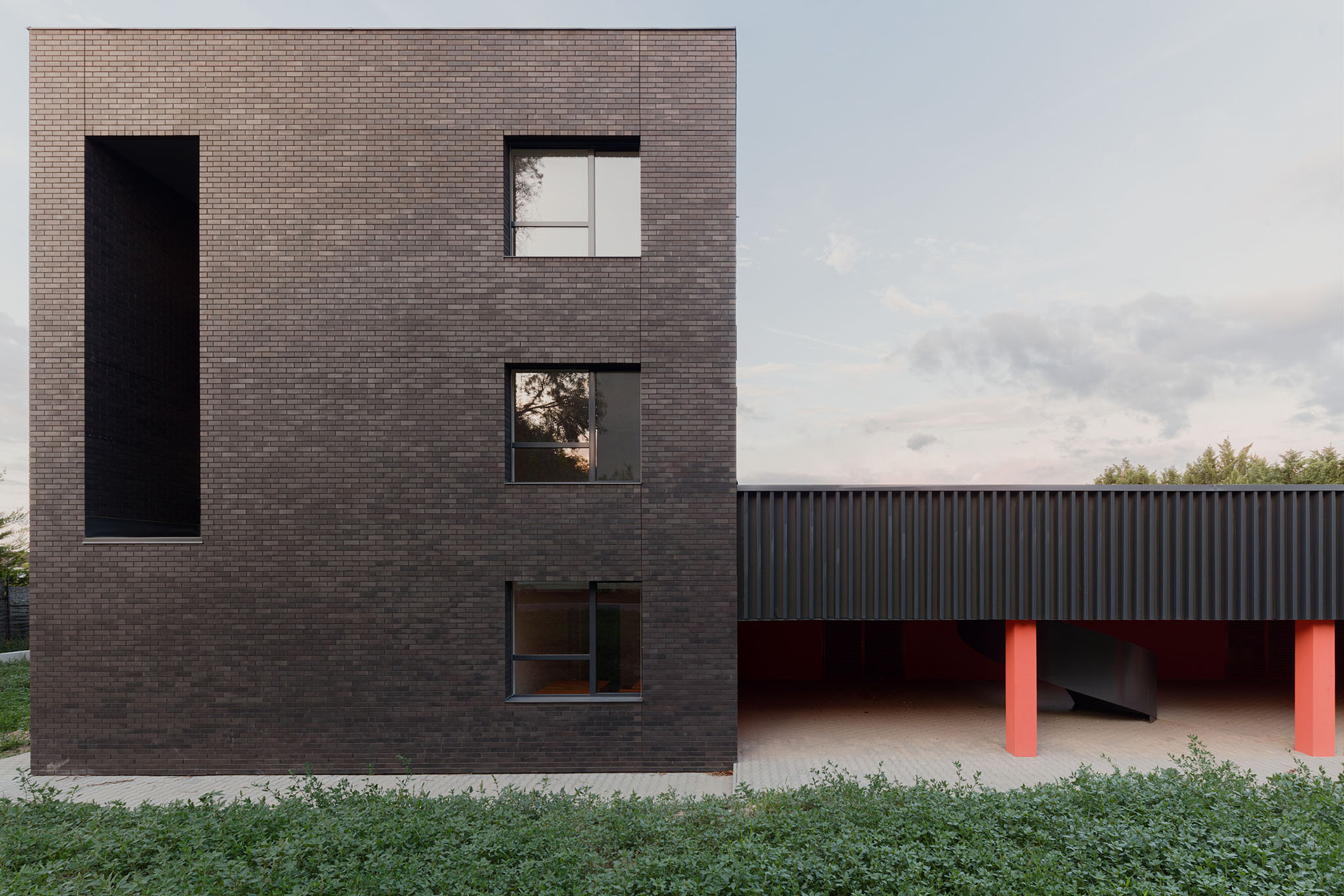 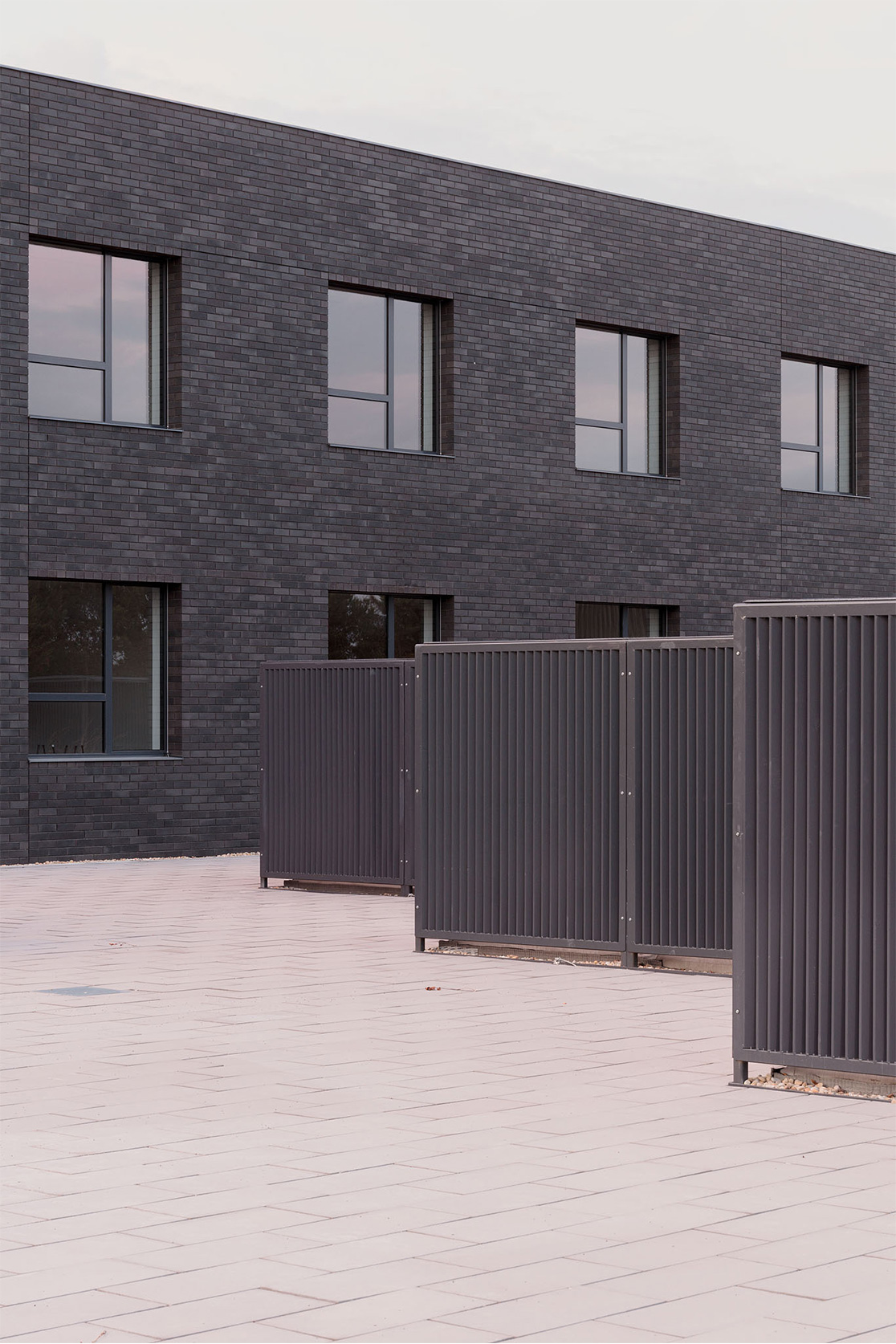 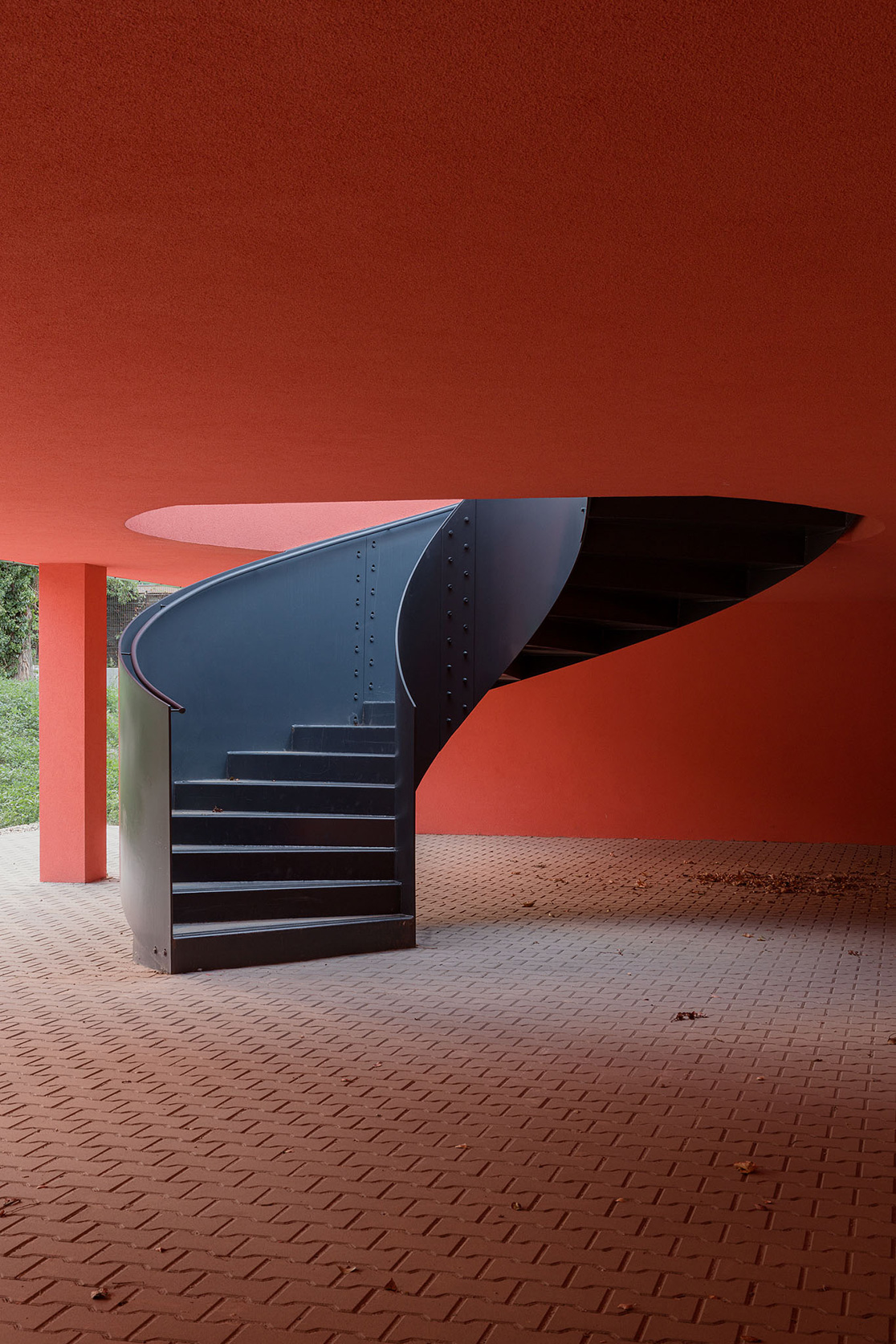 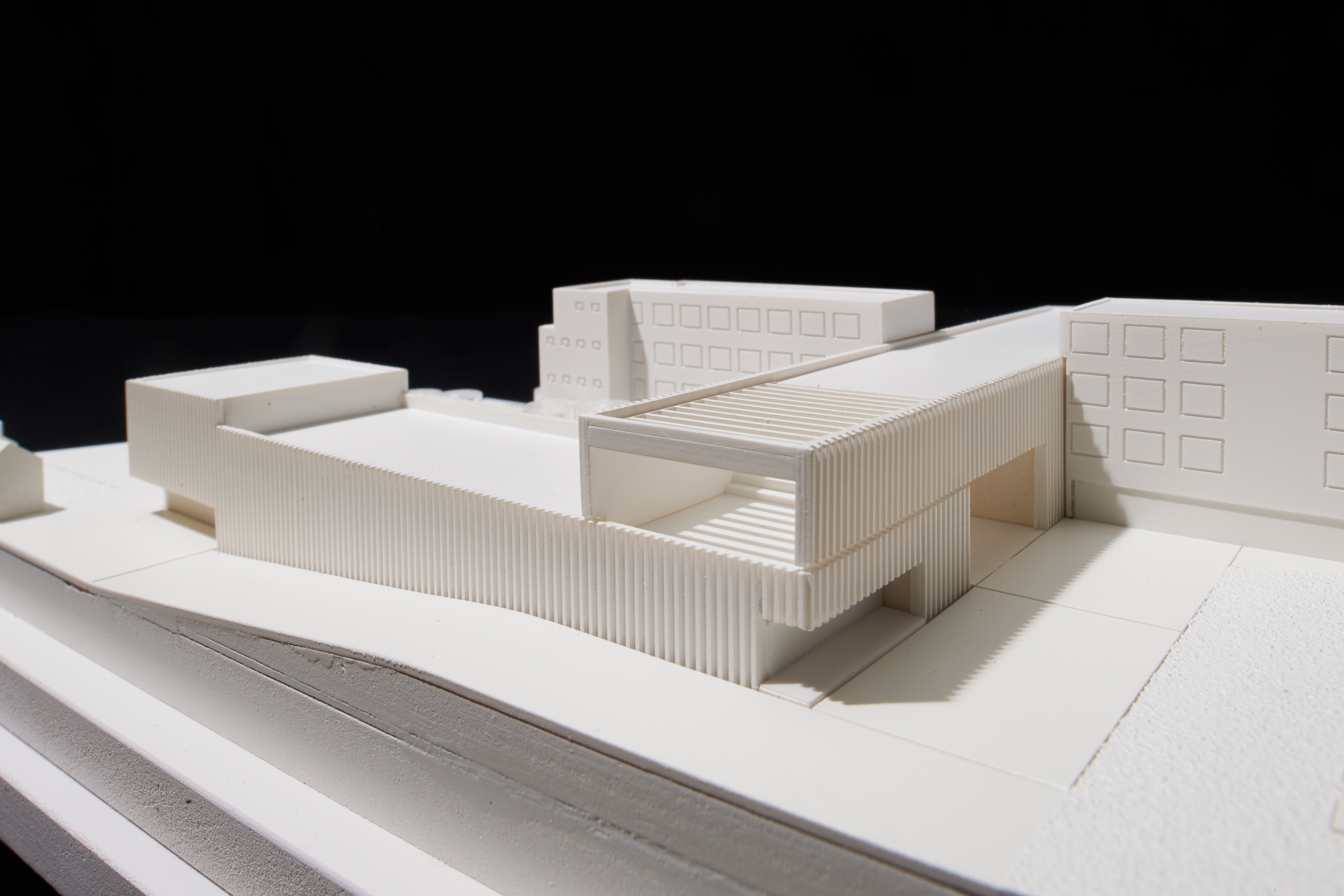 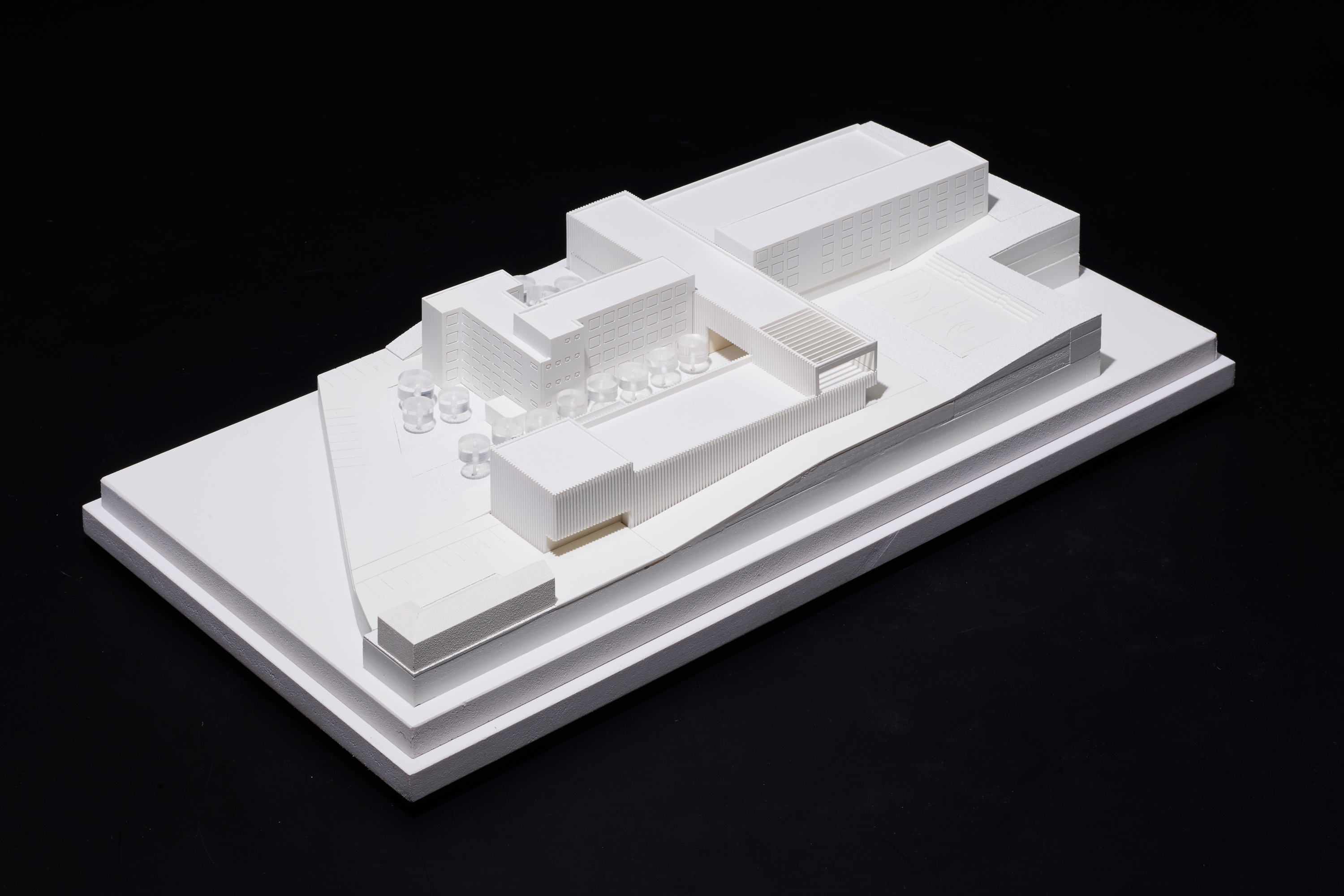 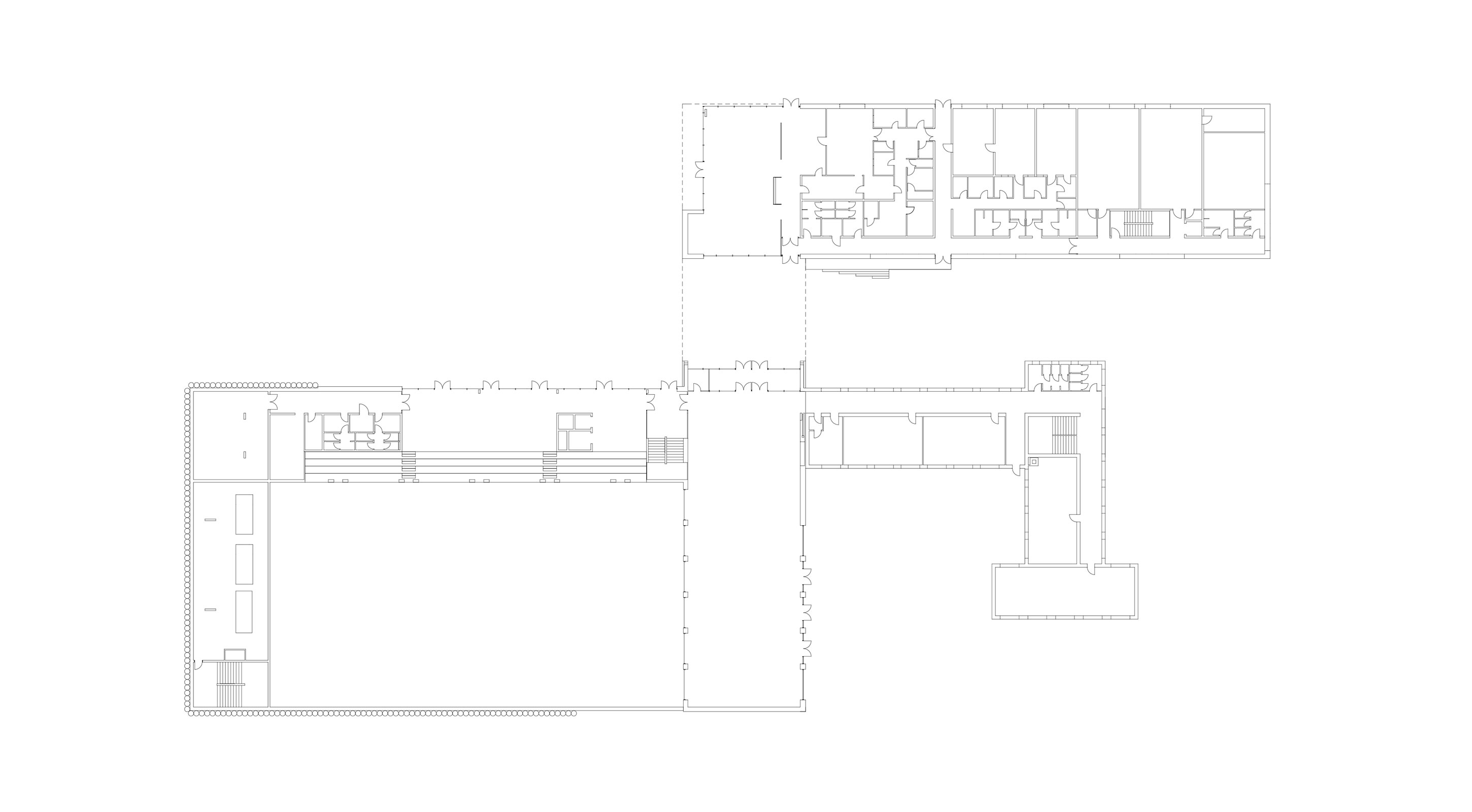 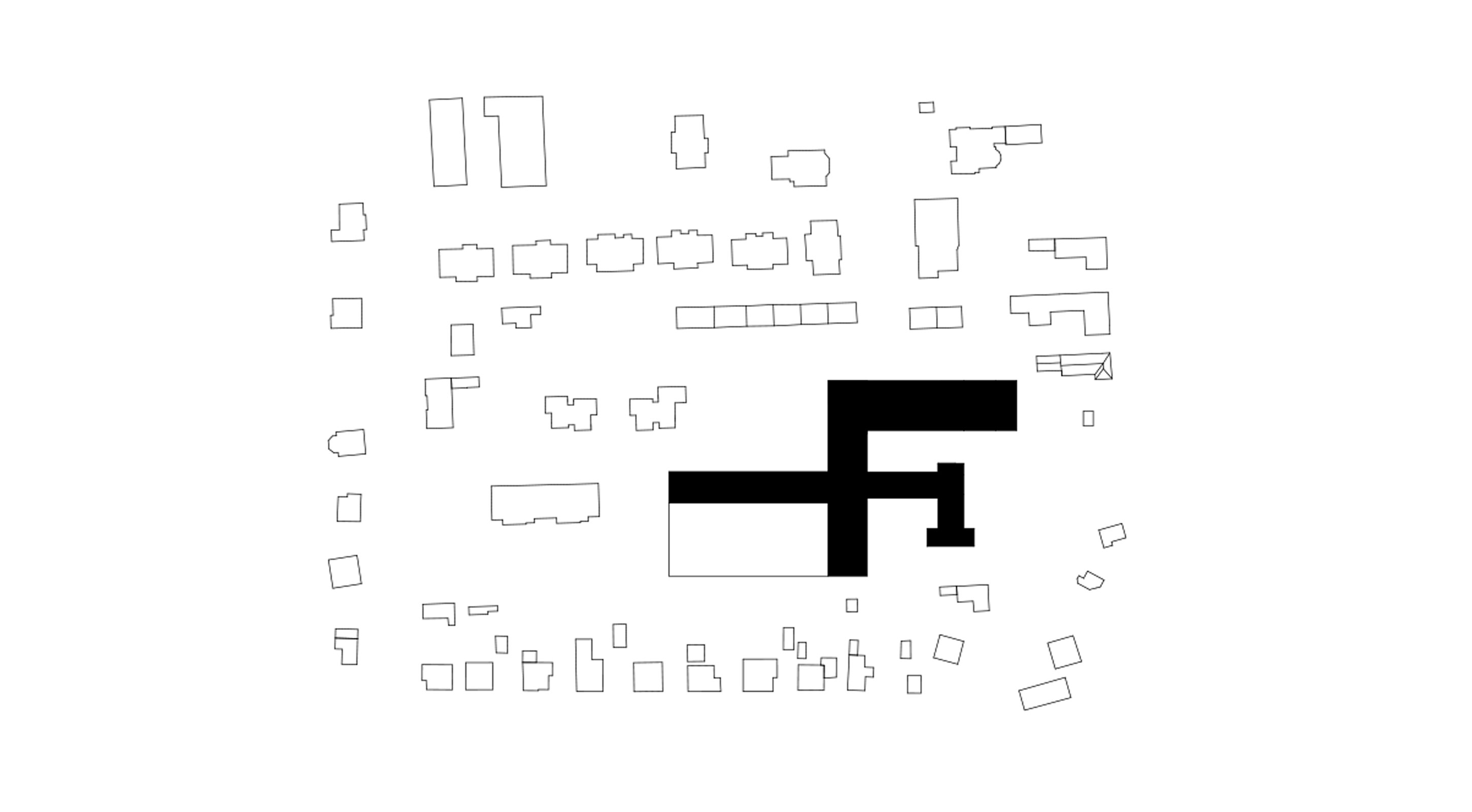