The symbol of research is the lemniscate representing infinity standing for quest that returns to, but surpasses itself. Apart from the meaning that unfolds from a high elevation, the reasons for designing the compound in this way were highly practical: the institutes can be accessed effectively from a central hub. The loops are broken up so that the massive bulk generated by the project should be harmonized with the scale of park and the historical buildings therein. We extended the southern branch of the loop, so we were able to spare the pine trees. The asymmetry loosens the rigidity of the broken lines and makes the building more “organic.” Raising one of the levels slithering through the atriums once more tips the form off its symmetry. We wished to integrate the building into nature not only in terms of form but also with the appearance of its surface. With its reflecting façade the building blends in with the surrounding arboretum, the breaks give the illusion of walking around the halls of an outdoors enchanted castle. The façade is constructed with alternating vertical glass and brushed metal panels. The brushed metal panels show a hazy reflection of the environment. When in shade, the glass surfaces appear as dark stripes, and when illuminated by the sun they reflect their surroundings. The mirror can be interpreted on a philosophical level. The space of the real mirror is utopian, moreover, using Michel Foucault’s words: heteropistic. Our mirror is not intended to duplicate reality or to create this illusion – rather, it is the means to dissolve the object reflected. The “hazy presence” of the building brings out the natural environment: the object is not “annihilated” by reflection; it merely transforms. 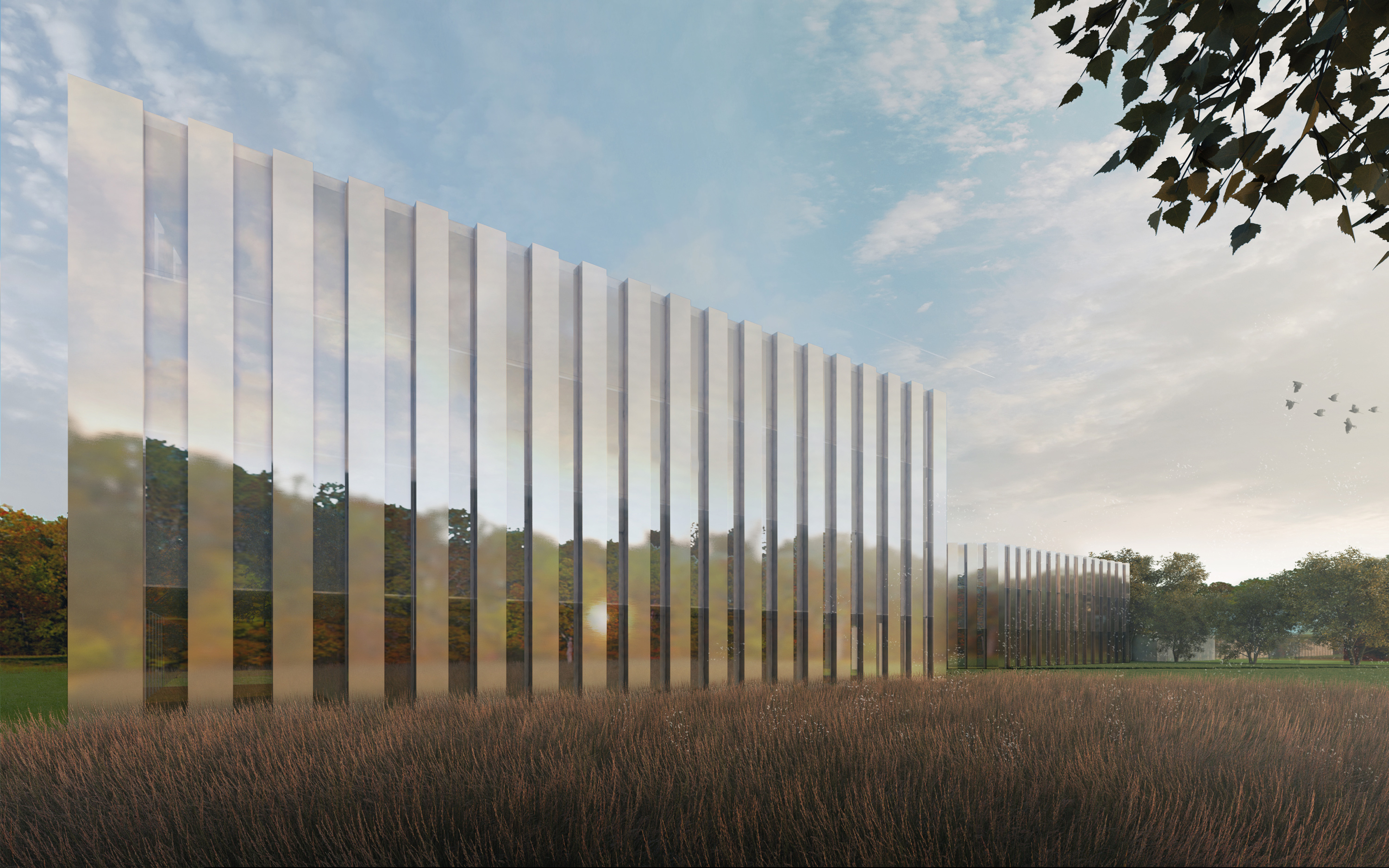 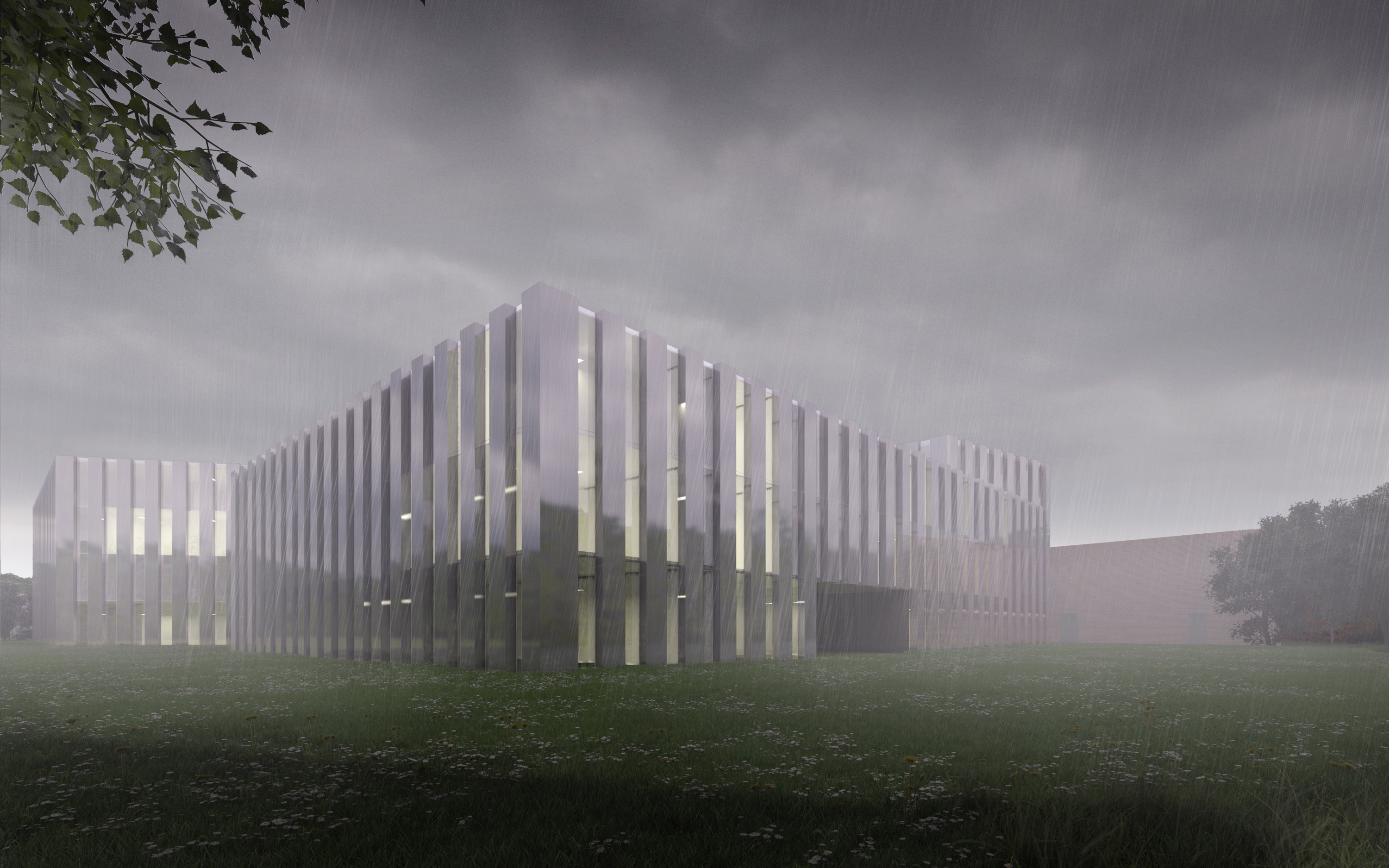 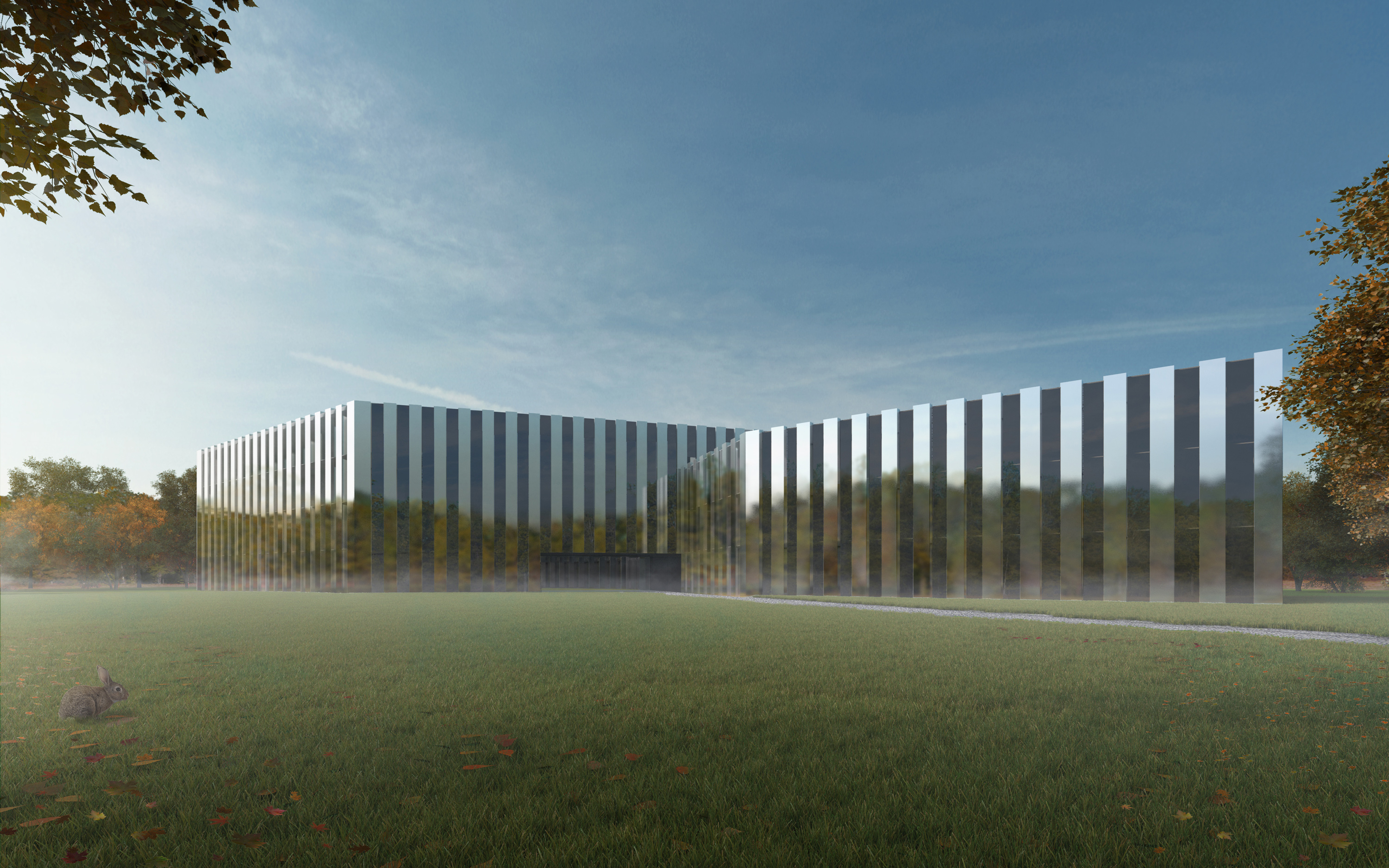 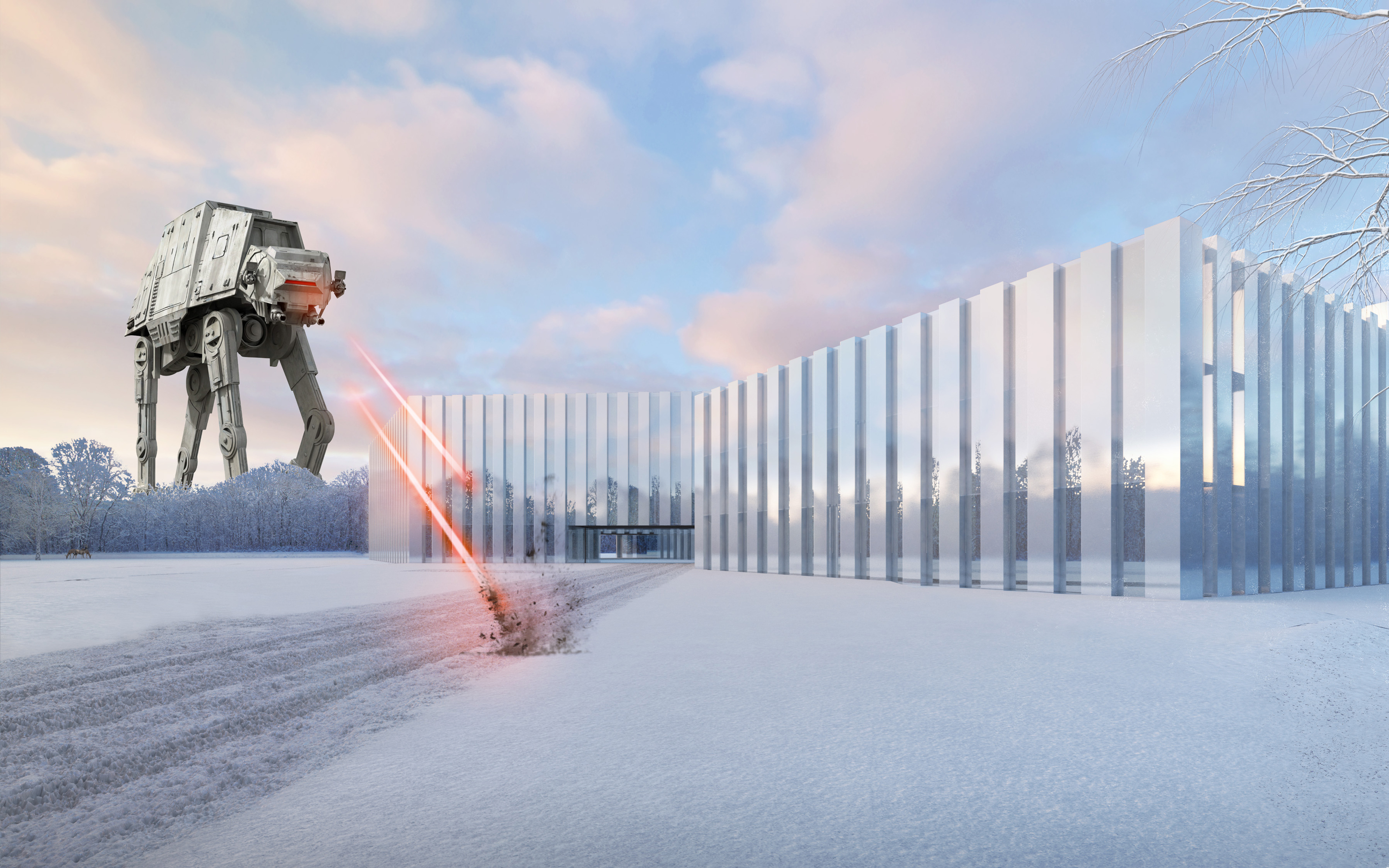 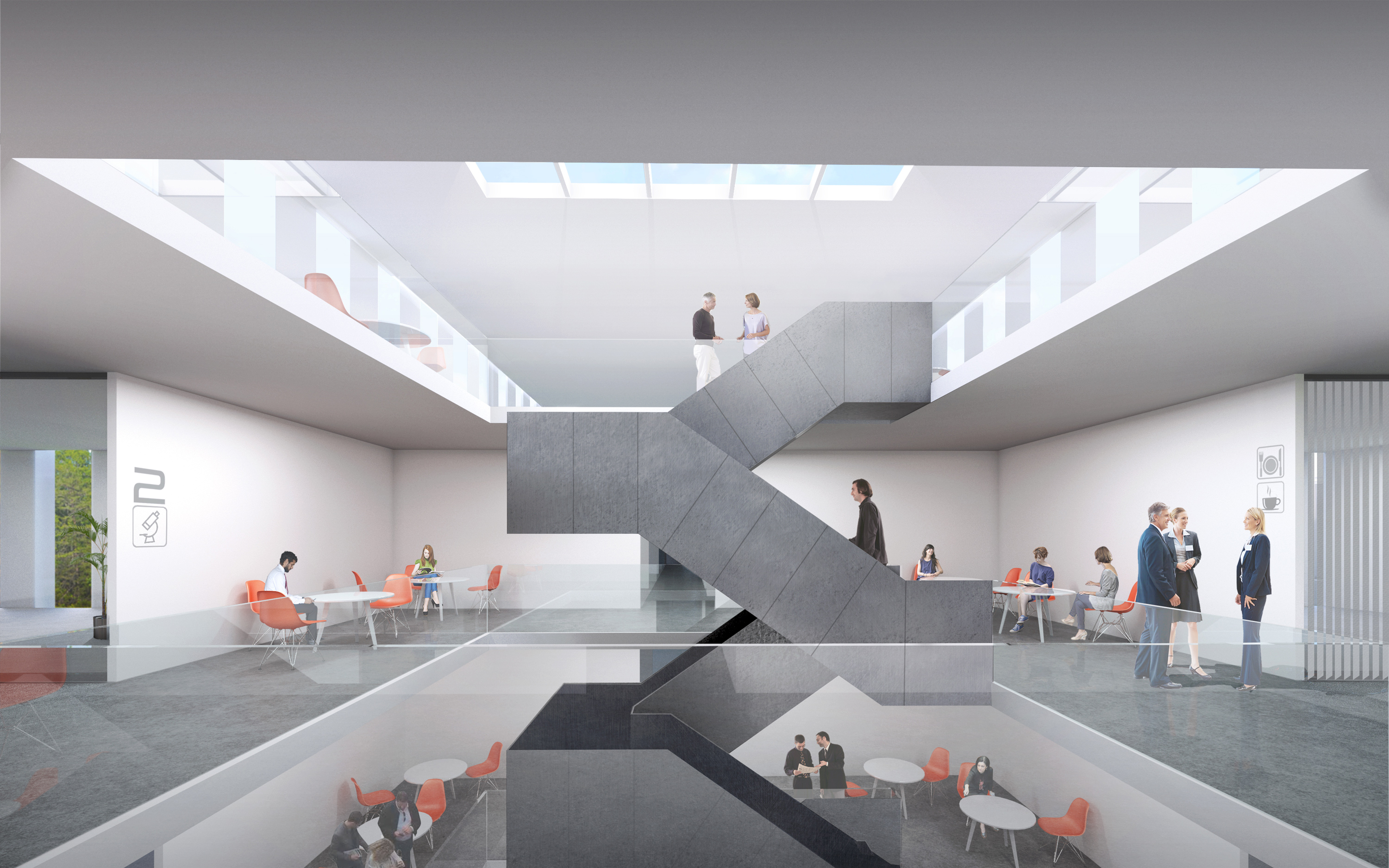 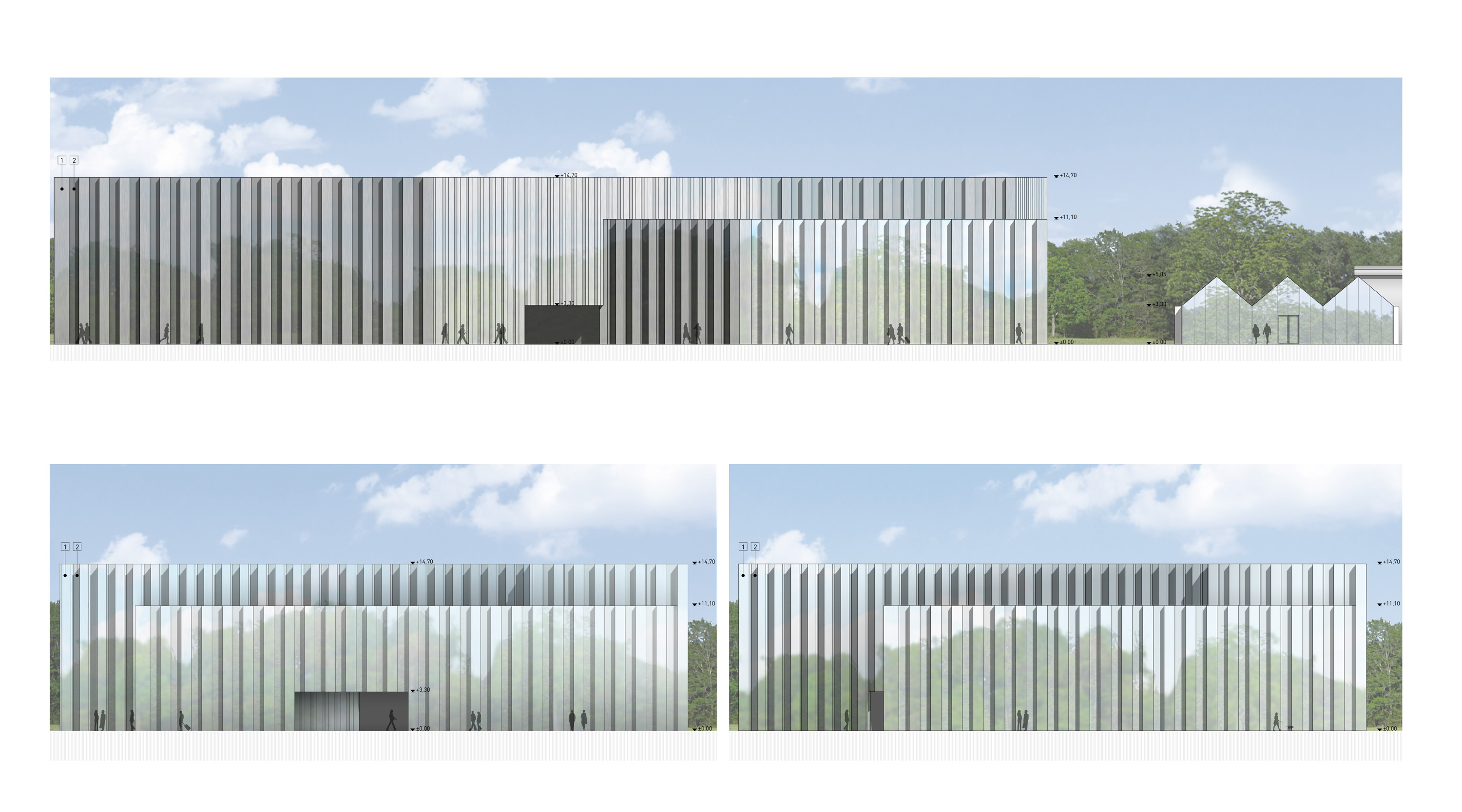 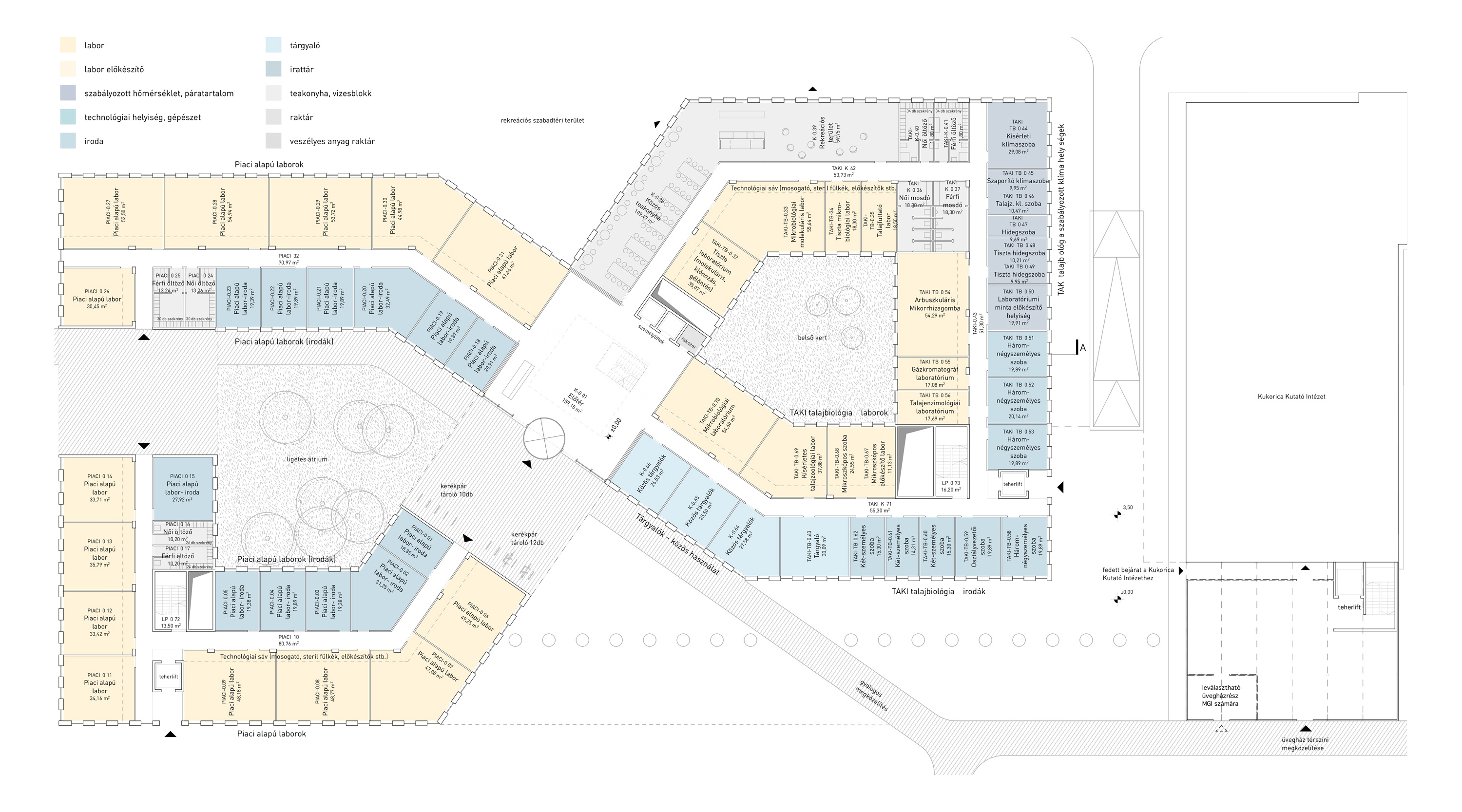