The concrete roof structure resting on a forest of thin columns evokes the impression of levitation. With its curvature on the underside and its perforations on the perimeter it can function as an instrument once we 'fill' it with sounds from an audio device or another source and let them go through the resonating body and further on to the world outside the building. This gesture has an importance not only in the symbolic aspect that the deepest intelligence of modern music is expressed, the uncertainty of the definition of musical and non-musical sounds, but maybe in another possibly more exciting respect as well: that sounds emitted from the museum building present the visitor with a question in which music and architecture is intertwined naturally. This question can be raised quite simply: where does the Museum of Music start? At the physical threshold where we enter from the public space (the Park) into the interior of the museum? Or already in the immediate area enveloping the building where an acoustic quality with increasing intensity can be sensed that we cannot associate with the natural sound of the Park or the city’s pulsation? If the roof structure of the Museum of Music is itself an instrument then what can we regard as a concert room where this instrument plays its masterpieces? The answer of our architectural program to this question is articulated in the choice of building typology: our design describes a music pavilion from the view of the urban fabric, such a building that has always been defined by the relationship of openness and closure. The music pavilion is not a concert venue where each and every built moment serves the purpose that the listener experience be as uninterrupted and clear as possible. Instead it is something which connects the invisible space of music with the outside space (the space of noises). Here the guiding factor is not cleanliness but rather juxtaposition, continuity and the plurality of sensory fields. Such factors that played an important role in the evolution of 20th - 21st century music. Composers Debussy, Bartók, Stravinsky or Richard Strauss exposed their compositions only to a descriptive level of the world beyond (musical) civilisation - whereas composers John Cage, Ligeti György, Iannis Xenakis, Georg Friedrich Haas or Eötvös Péter’s compositions take inspiration from “nature itself”: physical phenomena, laws of acoustics, accidental patterns and complex numerical relationships take on a musical character without the stylistic constraints of convention of expression. We were thinking in terms of a music pavilion that is an expression of the above described nature of contemporary music and it looks back onto the past from this position. 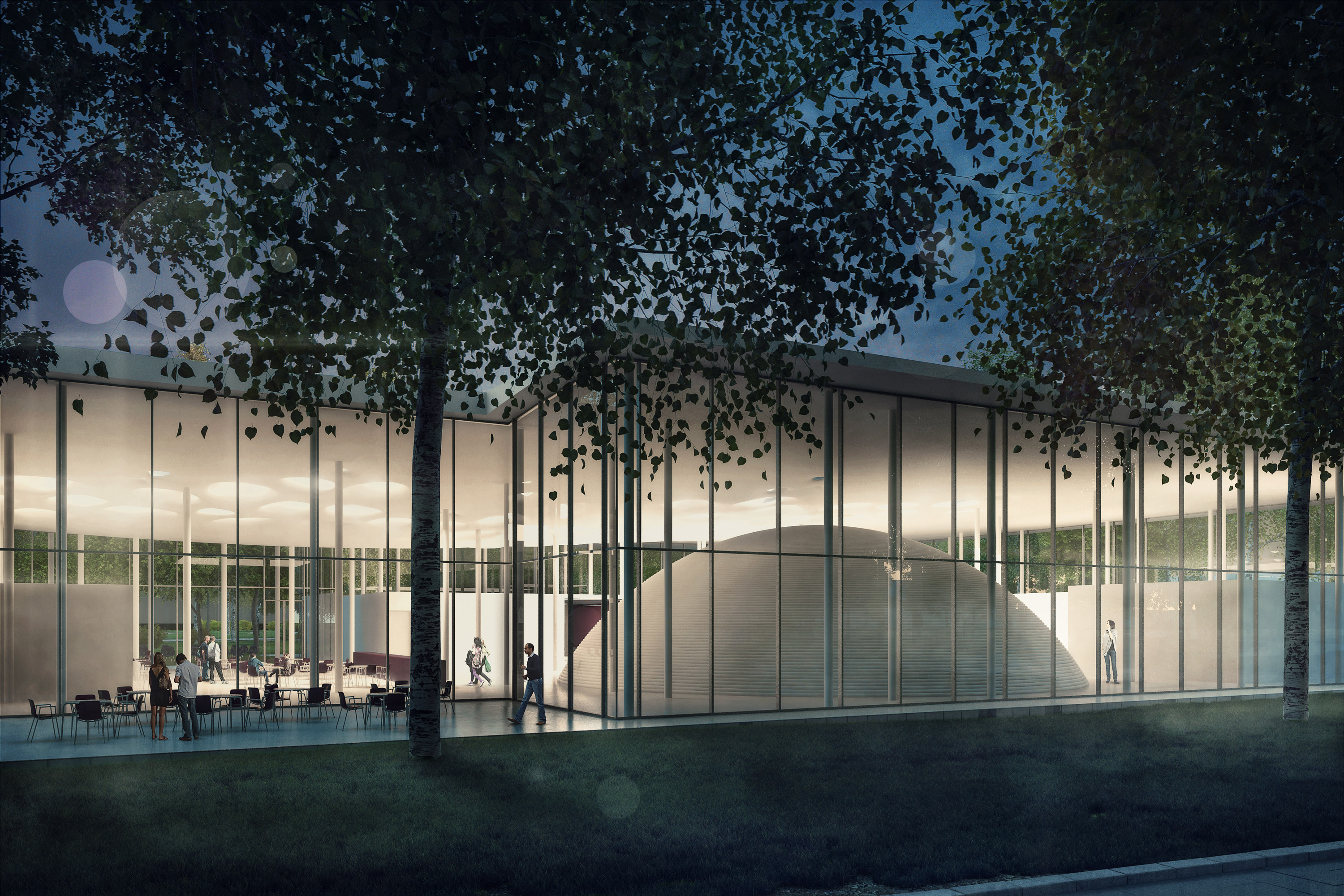 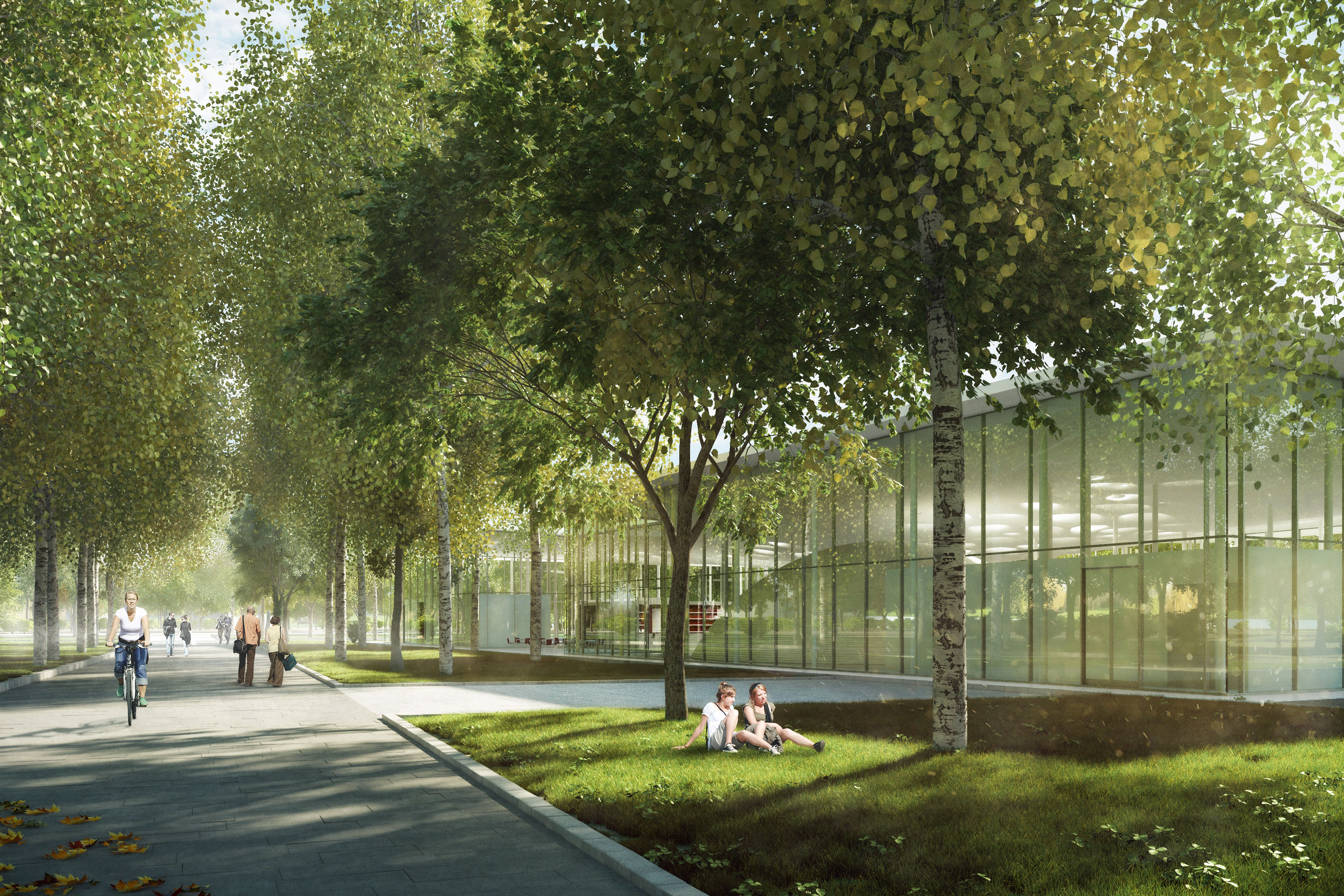 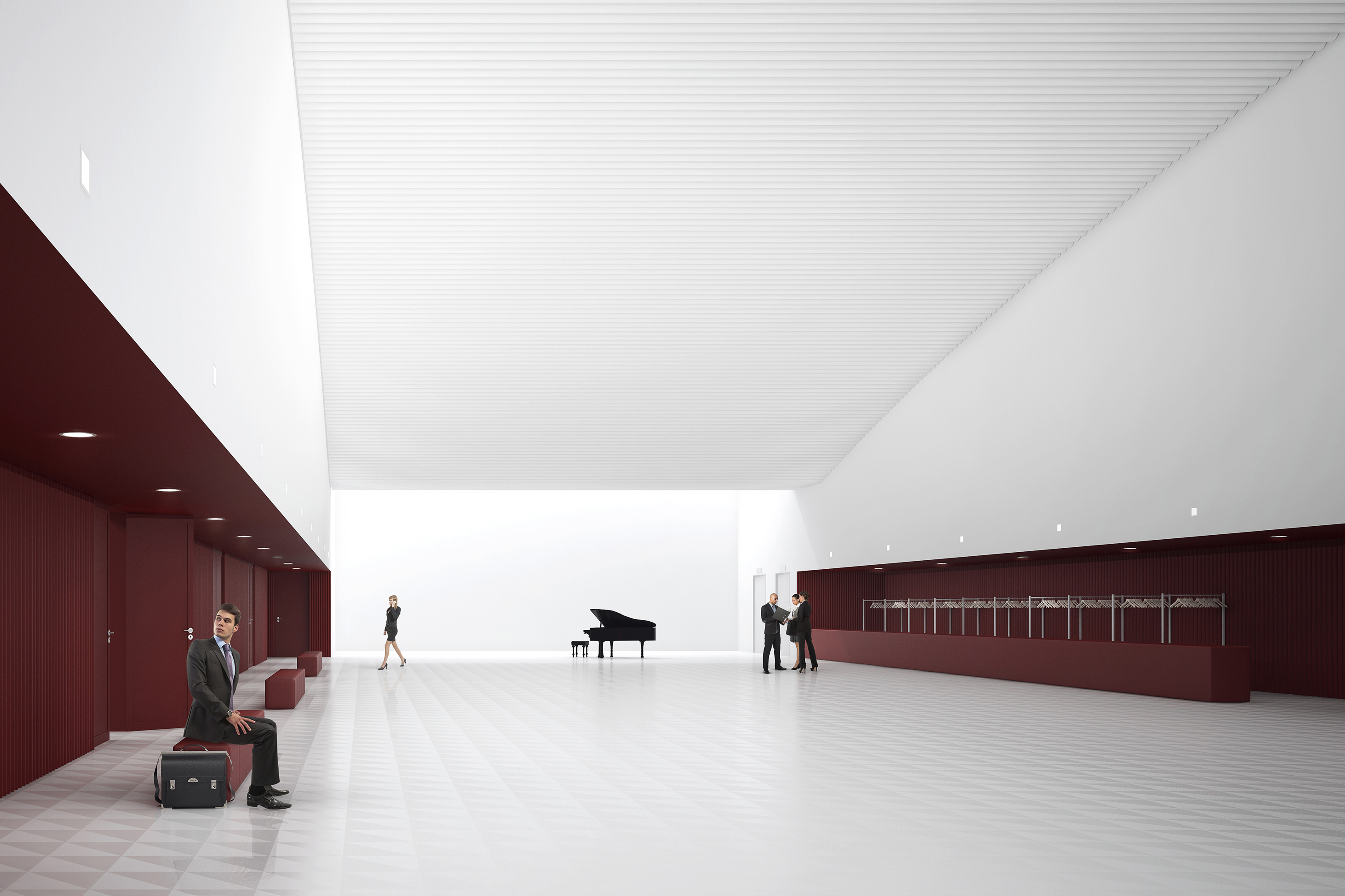 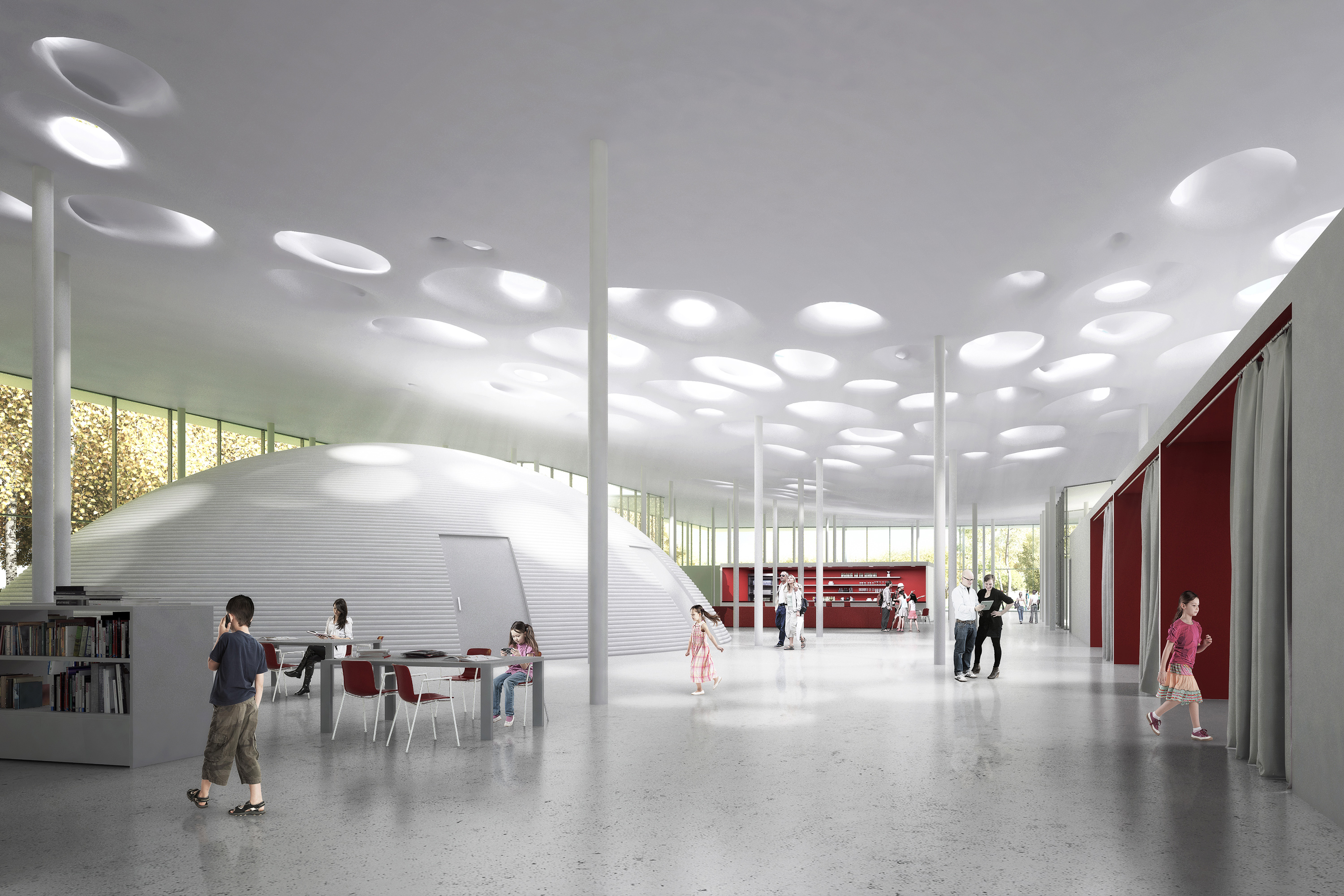 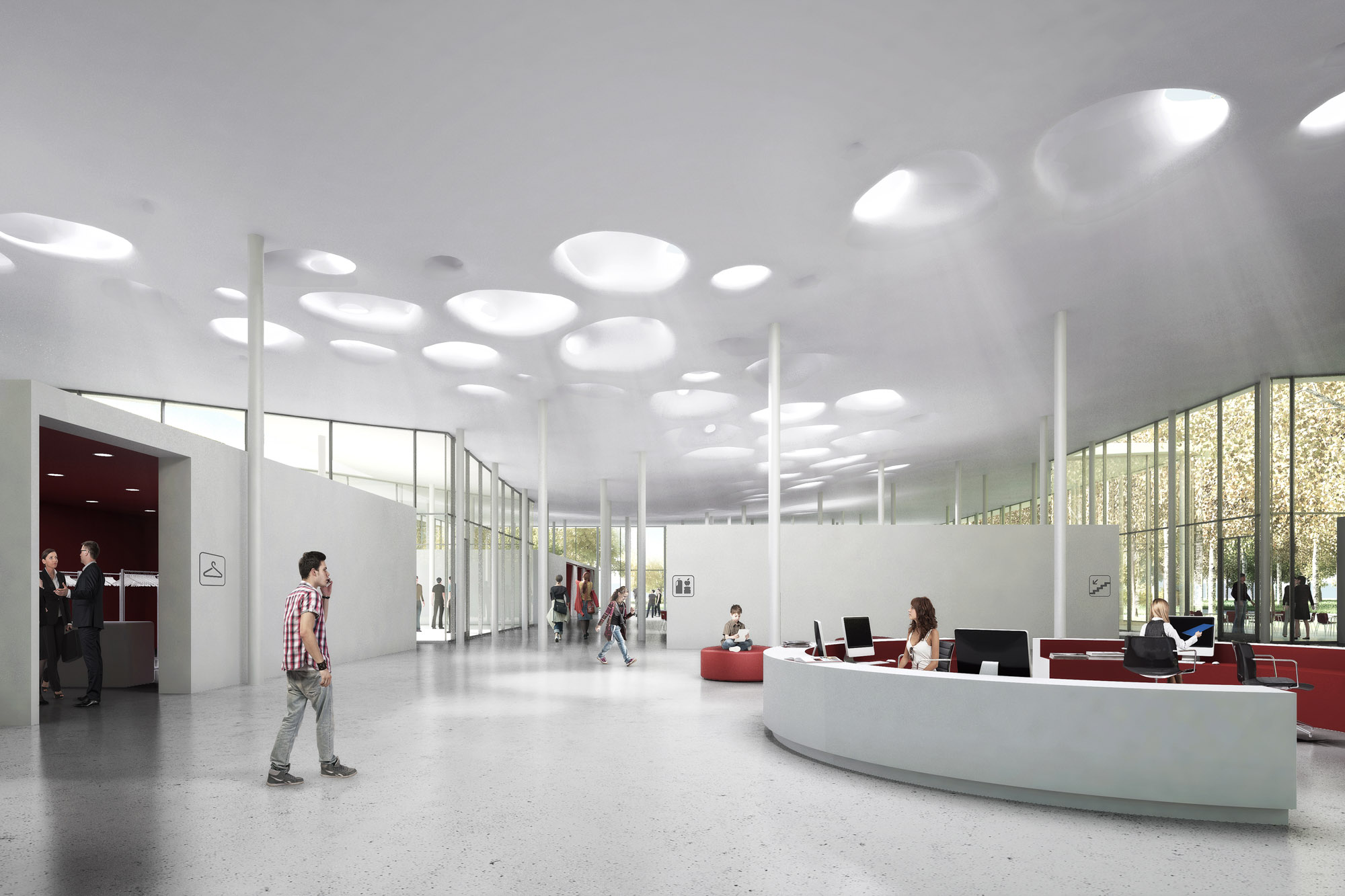 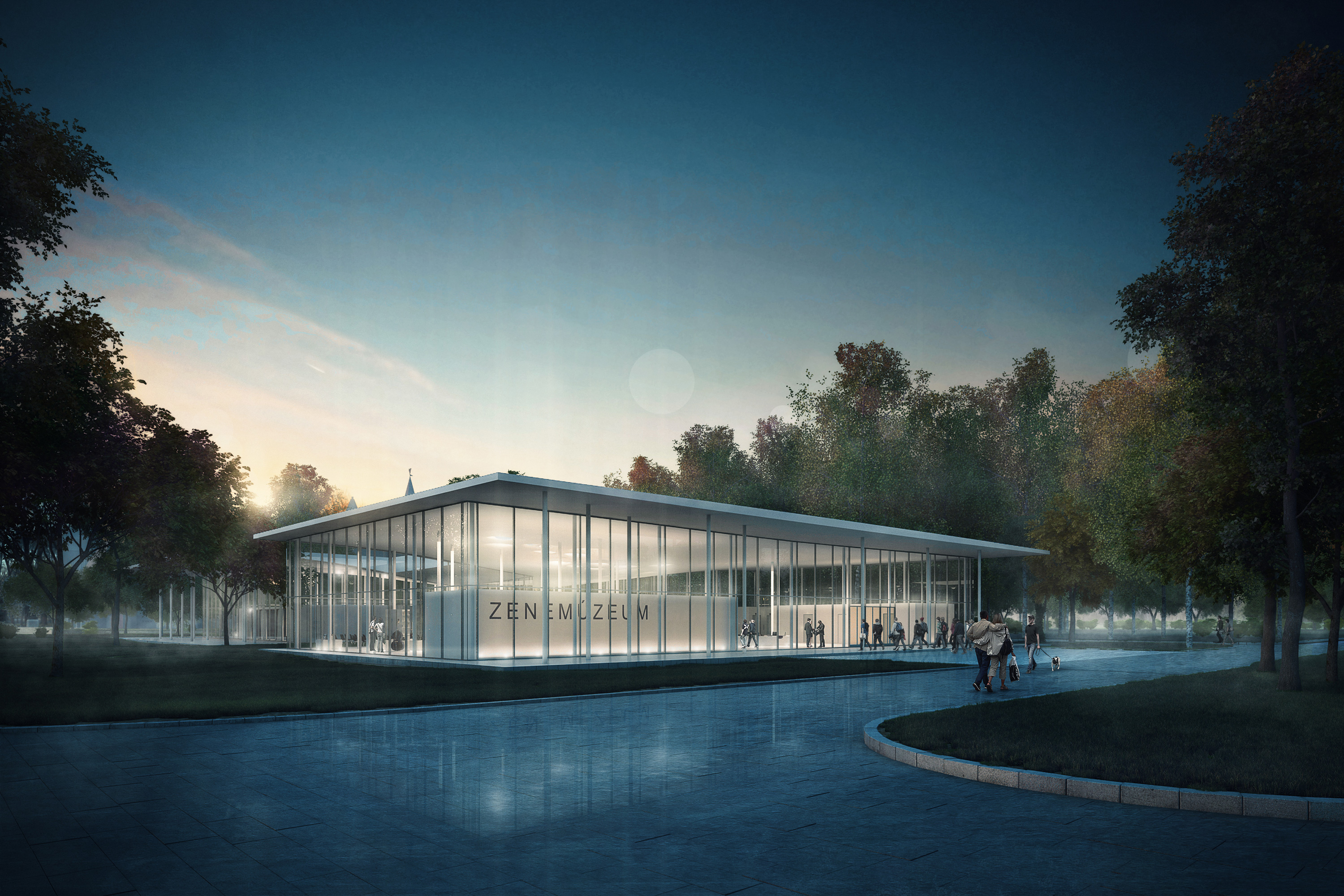 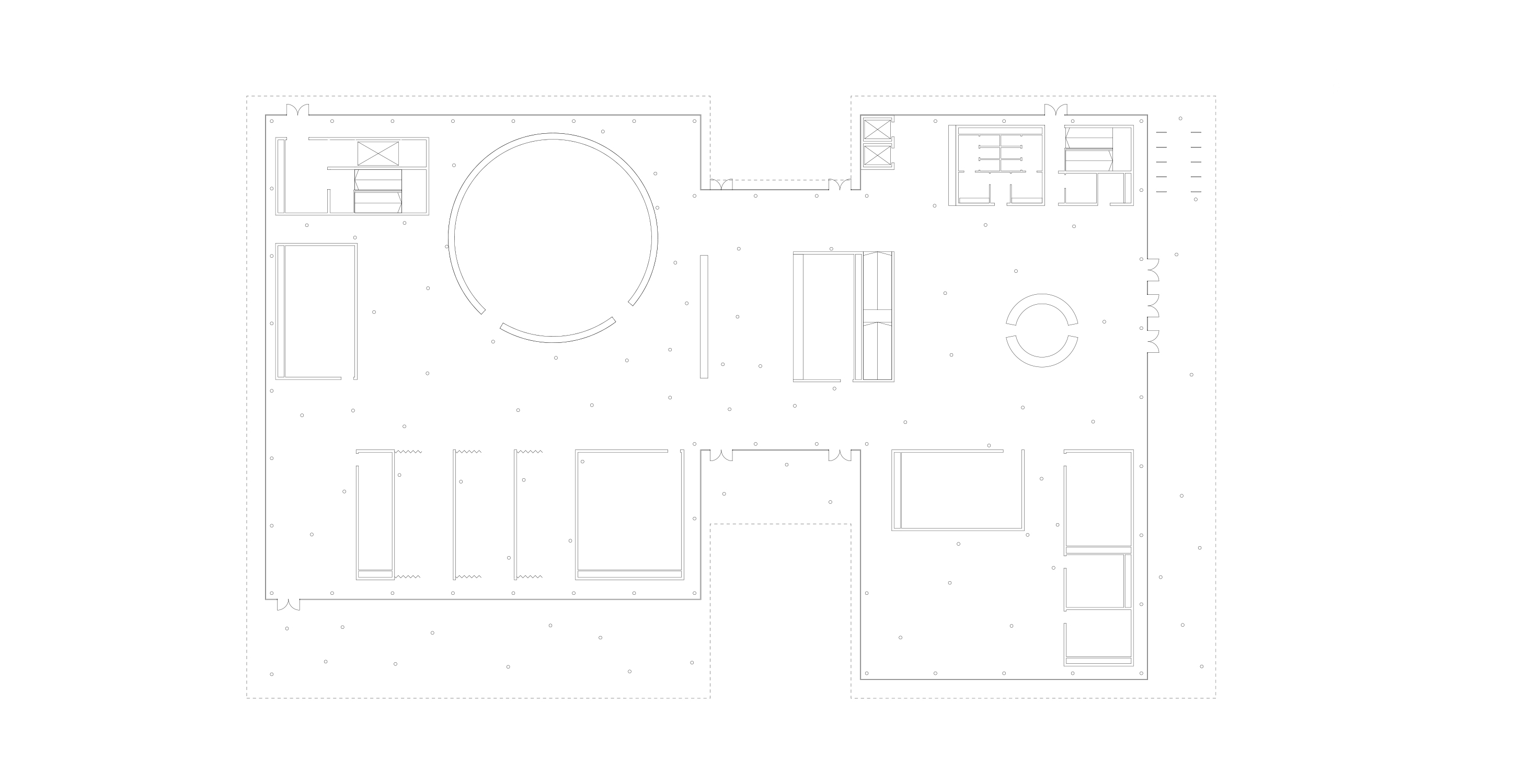 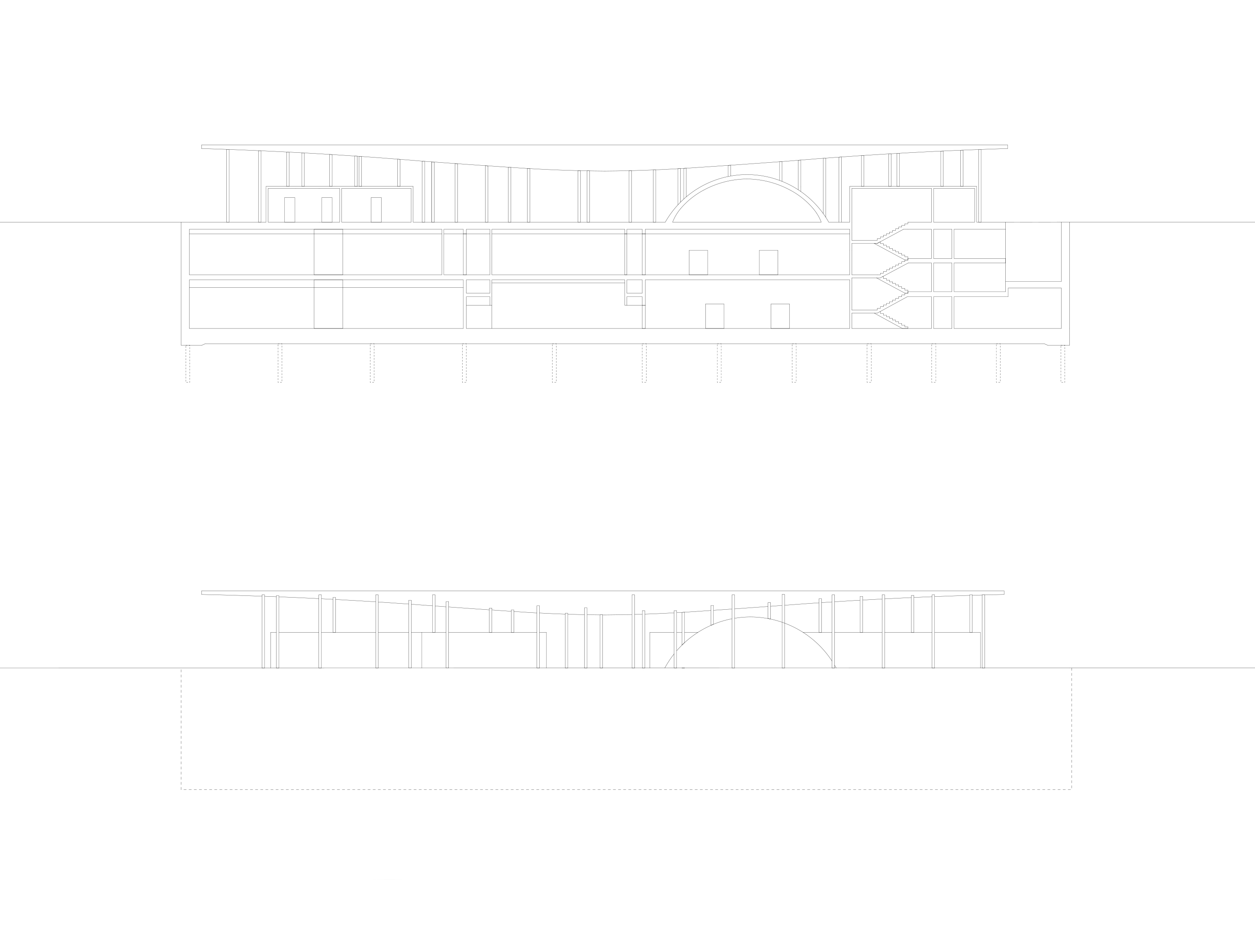 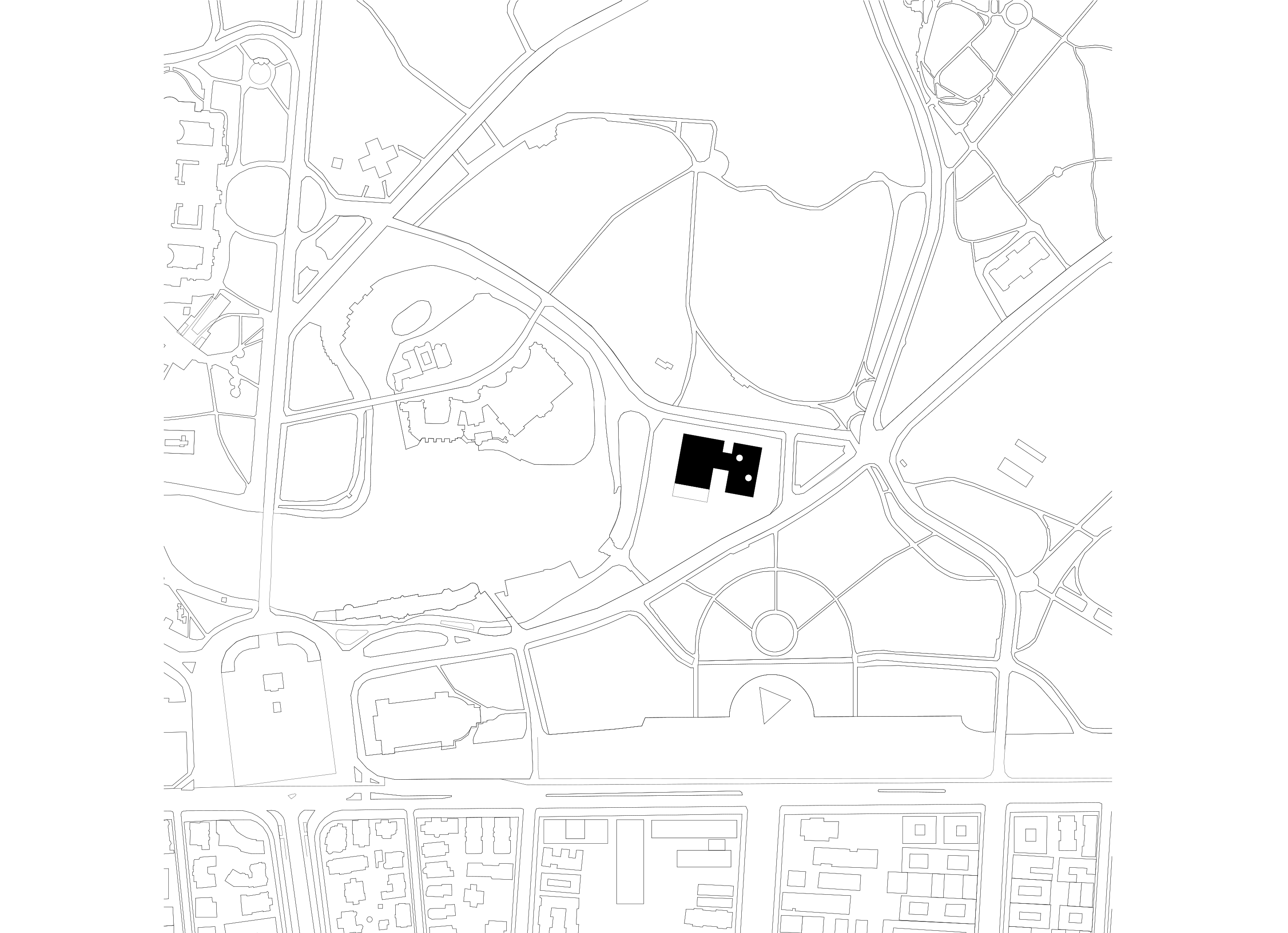