We were invited to participate in the design competition of the Óbuda Mix Project asking our office to create an exciting space. The goal was to set up a modern zone where different types of user groups could mingle with each other while performing everyday activities and routines, but they also have their own space. We sought to create a community node similar to the ancient Roman forums, within an active, colourful environment. Ensuring an easy and enjoyable usage of space was a key consideration in the design. We considered the cafeteria as a ‘bazaar’ where people could gather during a coffee or lunch break. In our concept we placed the structure on the border of the green area next to the plot. The building faces the park to provide the widest possible view and proximity to nature. This opening provides an alternative to outdoor activities, gatherings, and accommodation for sports and other facilities. As the location is in Óbuda, a district in northern Buda – in the neighbourhood of Aquincum, which is a settlement from the ancient Roman times – it presents a great opportunity to create a close-to-nature, informal and joyful community space. 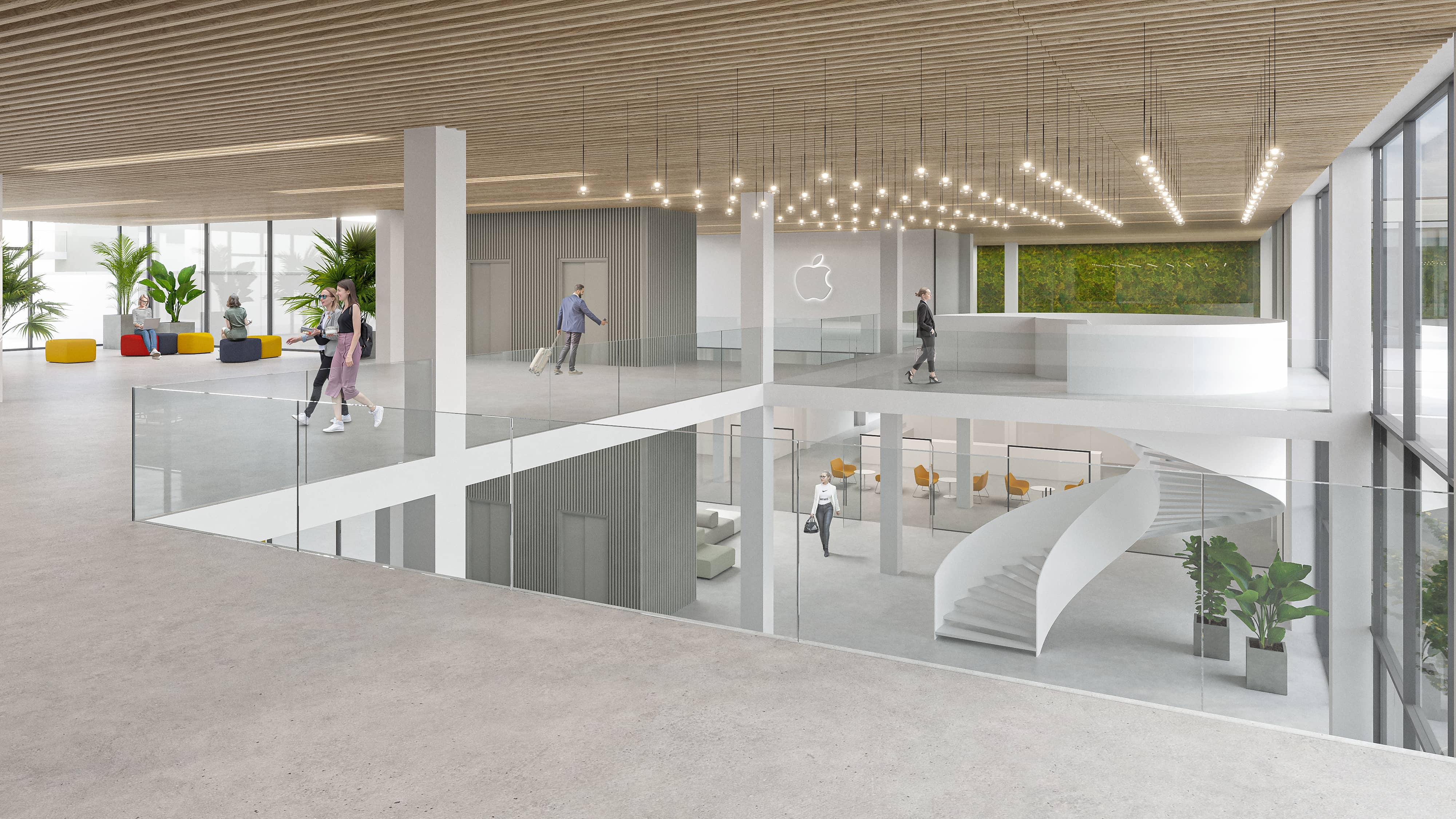 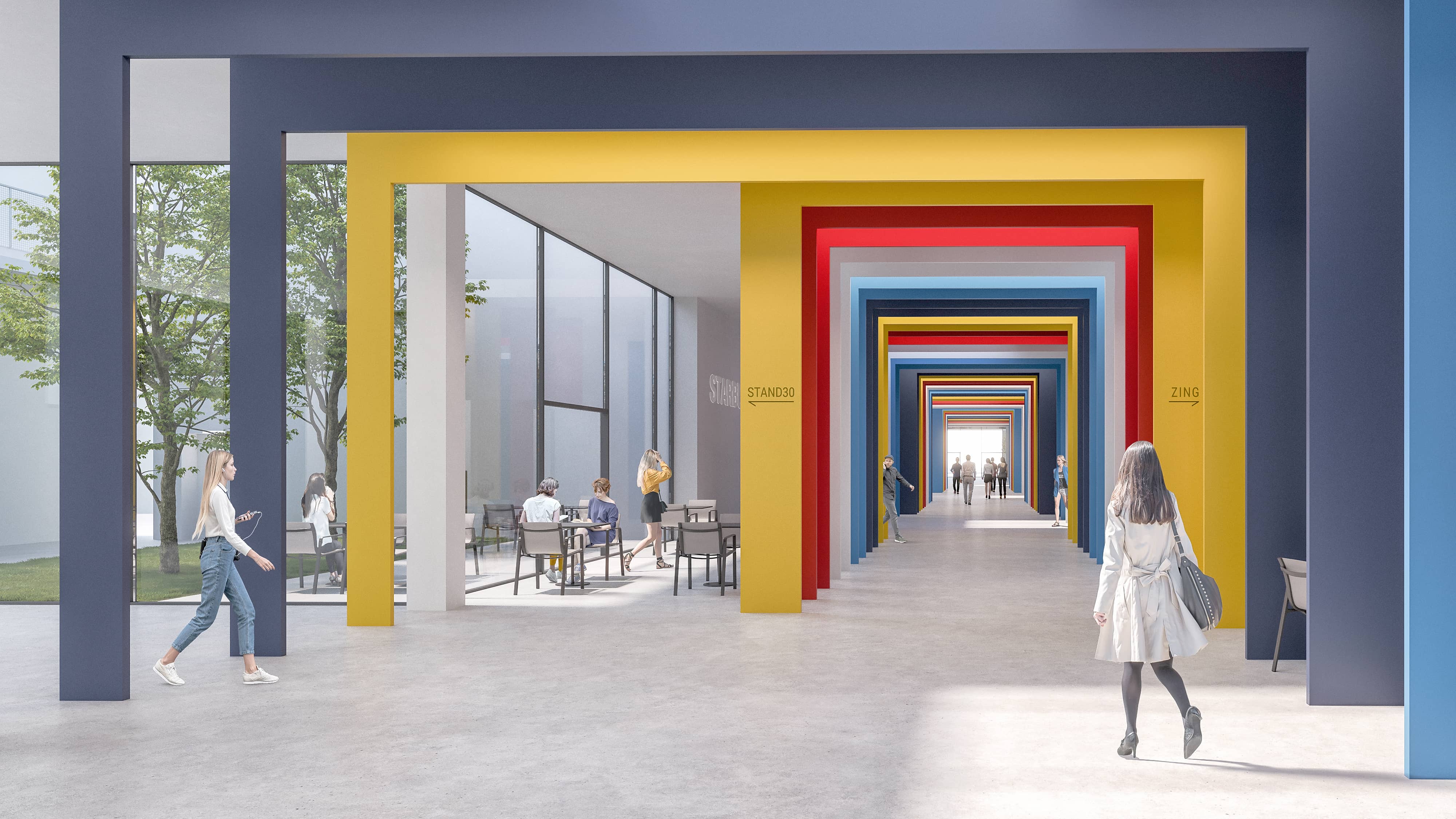 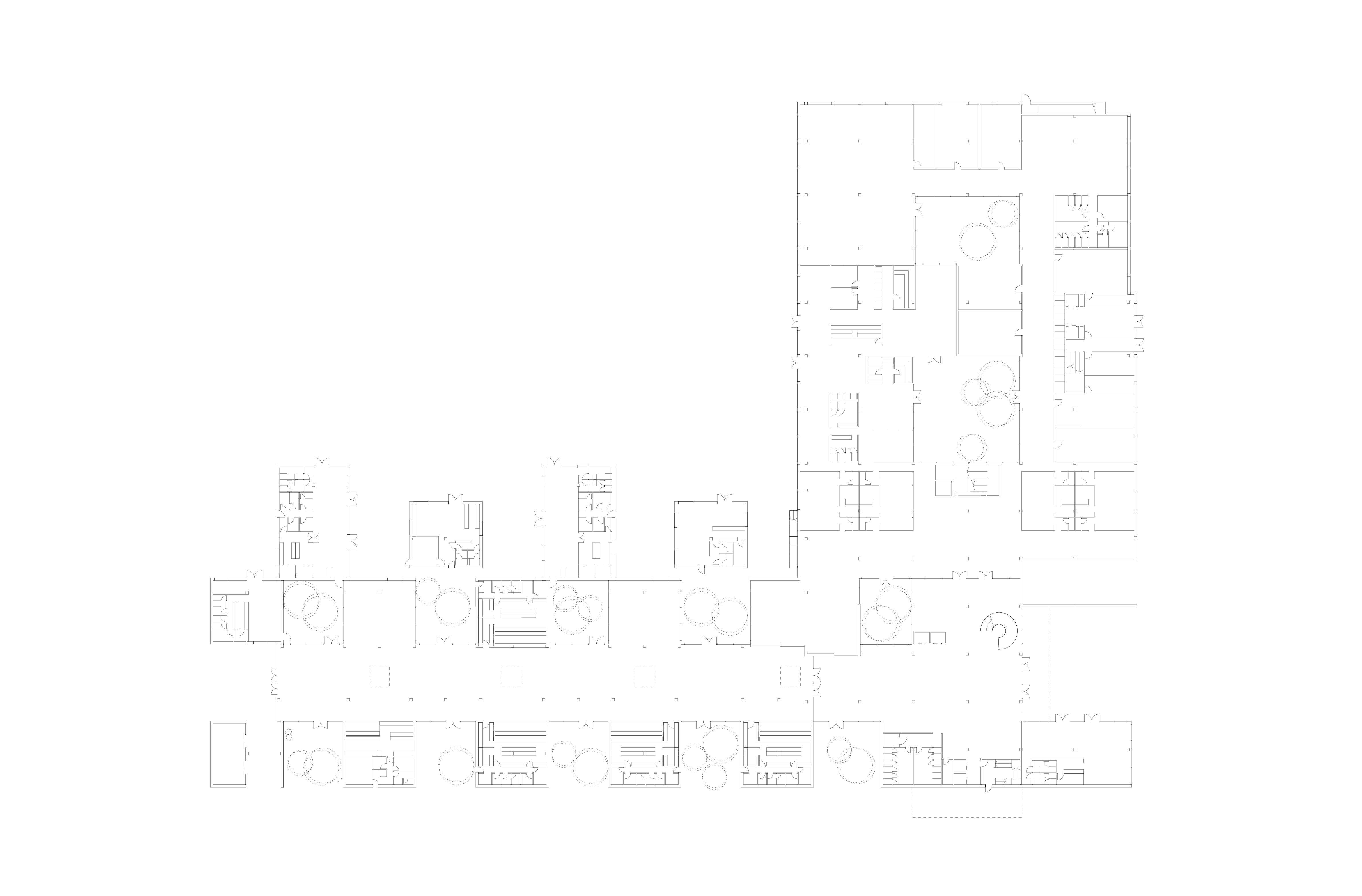 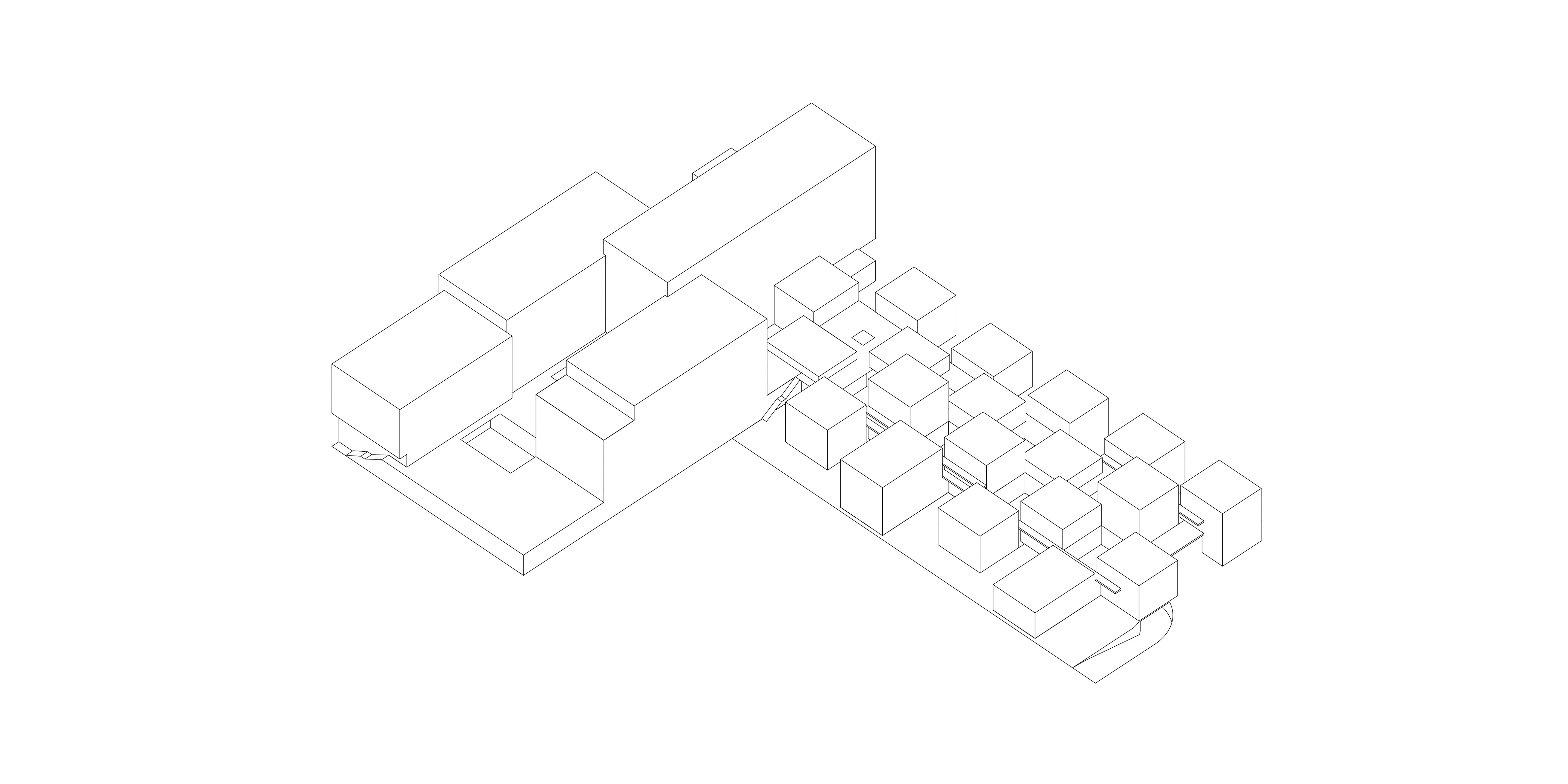 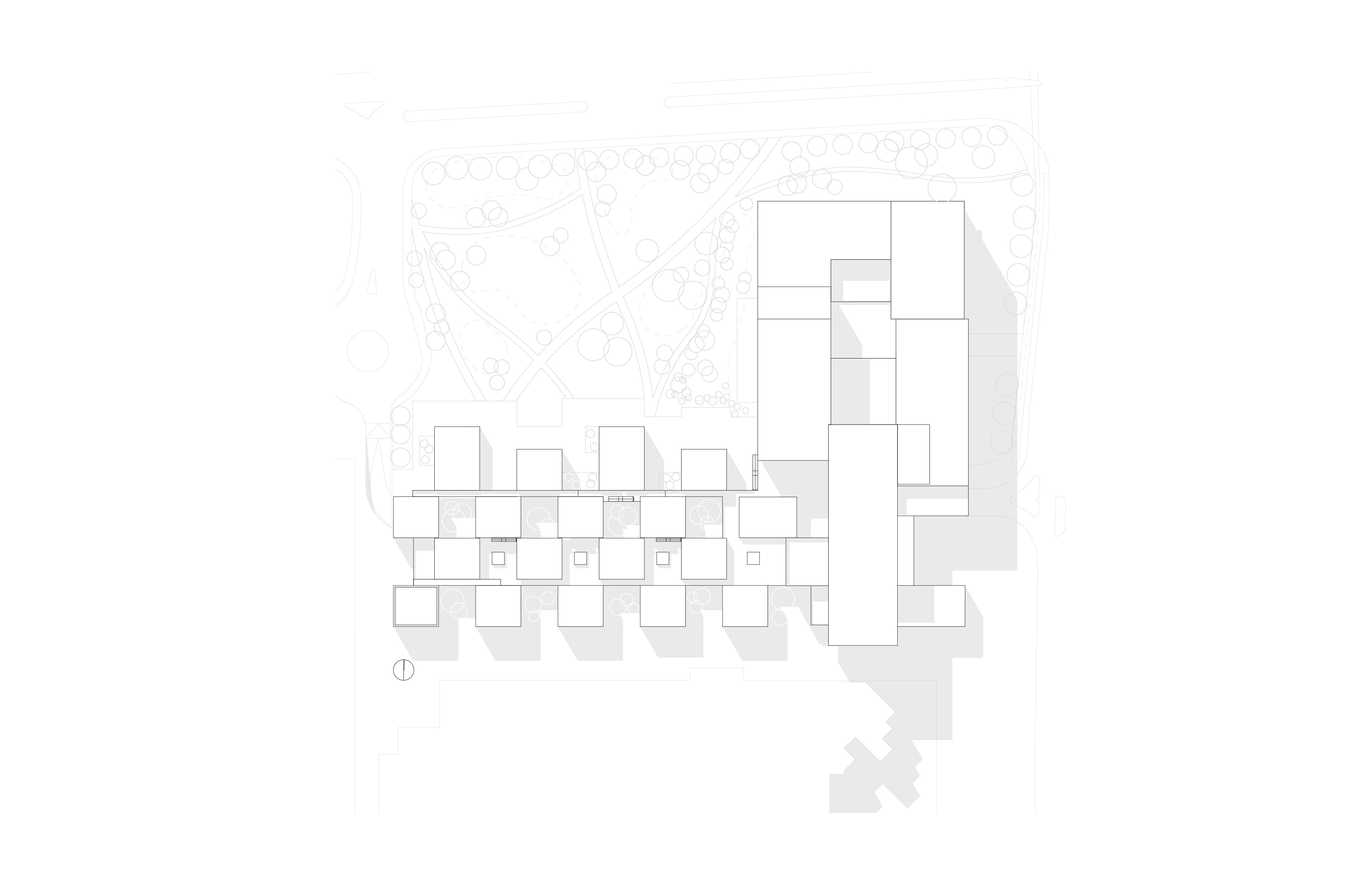